That's not what he meant. 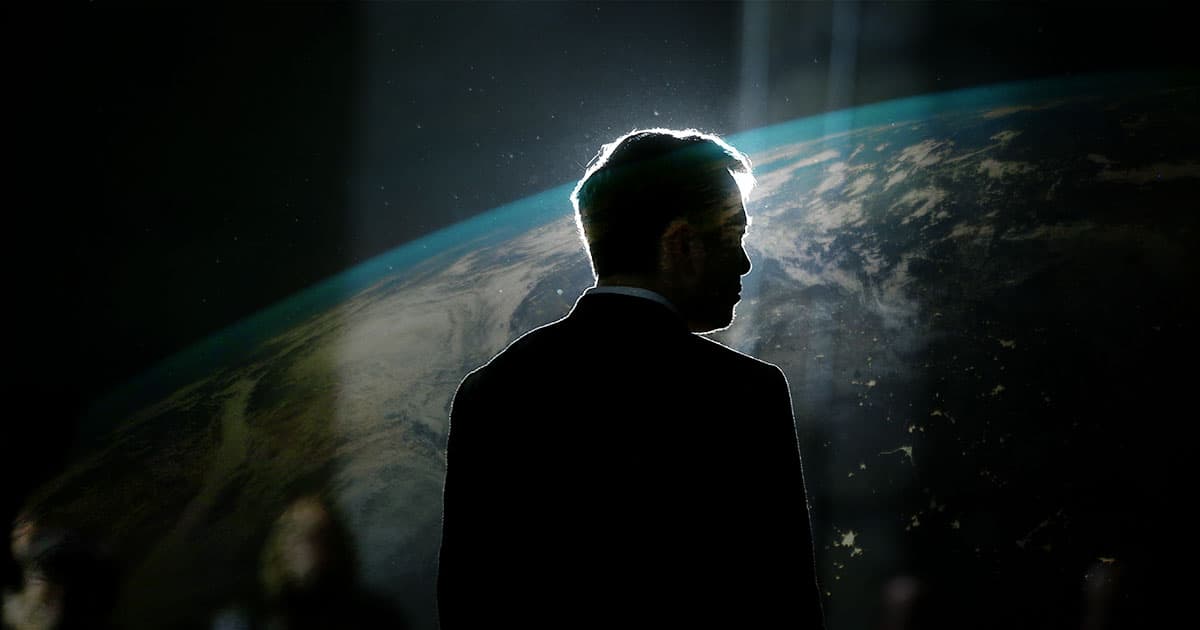 Thanks to a massive deal with a rental car company, Tesla's shares are doing better than ever before — and that has CEO Elon Musk's net worth soaring as well, despite him having already earned the title of richest person in the world more than a month ago.

Over the weekend, Musk became the first person to be worth more than $300 billion, an obscene amount of money that some critics say could be put to better use than building electric luxury sedans and developing Mars rockets.

That's according to David Beasley, the director of the United Nation's World Food Program (WFP). Just $6 billion, roughly two percent of Musk's net worth, could help "42 million people that are literally going to die if we don’t reach them," Beasley told CNN.

"The governments are tapped out," Beasley said. "This is why the billionaires need to step up."

"I'm not asking them to do this every day, every week, every year," he argued. "We have a one time crisis, a perfect storm of conflict, climate change, and COVID."

The challenge prompted Musk to lay down a gauntlet of his own.

"If WFP can describe on this Twitter thread exactly how $6B will solve world hunger, I will sell Tesla stock right now and do it," Musk tweeted on Sunday. "But it must be open source accounting, so the public sees precisely how the money is spent," he wrote in a follow-up.

But Musk's interpretation seems to be taking Beasley's comments substantially out of context. The phrase "solve world hunger" can mean a lot of different things depending on who you ask. On the one hand, the phrase could imply ridding humanity from food insecurity once and for all, which seems to be the way Musk is using the term.

Beasley's comments on CNN, however, imply that he's talking about saving a subsection of those who find themselves in extremely dire needs during a one-time catastrophe.

The 42 million people Beasley is referring to are individuals who are facing Phase 4 emergency levels of acute food insecurity, according to the WFP — in other words, people who are on the brink of death if they aren't assisted right away.

The push, including Beasley's appearance on CNN, came ahead of the UN climate change summit (COP26), which kicked off on Sunday in Glasgow, Scotland.

It's a dire situation.

"Ethiopia, Madagascar, South Sudan and Yemen are among countries where 584,000 people currently face famine-like conditions as climate change intersects with the other huge driver of hunger, conflict — pushing 42 million to the brink of famine," reads a October 29 press release by the WFP.

A United Nations report published last week found that a huge chunk of these people are located in Afghanistan, "requiring an urgent international response to prevent a humanitarian catastrophe."

The country "is now among the world’s worst humanitarian crises — if not the worst — and food security has all but collapsed," Beasley said in a statement about the report. "We are on a countdown to catastrophe and if we don’t act now, we will have a total disaster on our hands."

Musk's kneejerk reaction doesn't exactly paint the billionaire in the best light; it's arguably a response made in bad faith.

And his comments aren't surprising, either. The billionaire has long argued that governments and institutions cannot be trusted with spending money.

"Eventually, they run out of other people’s money and then they come for you," he wrote in a salty tweet last week, responding to lawmakers planning on taxing billionaires to finance an expansion of healthcare, childcare, and a child tax credit.

Philanthropy isn't exactly top of mind for Musk, either. His number one goal is to "get humanity to Mars and preserve the light of consciousness," as he wrote on Twitter last week.

So throwing money at one of the stickiest and serious issues facing humanity in the 21st century isn't exactly going to show results right away. But building a rocket capable of moving humans to other planets couldn't be more different a process than disseminating funds to government and non-government actors to ensure fewer people are starving to death.

But to ask for specifics on how to "solve world hunger" when Beasley is asking for billionaires to "step up" during a "one-time crisis" feels like narrow-minded thinking that won't result in anybody being better off.