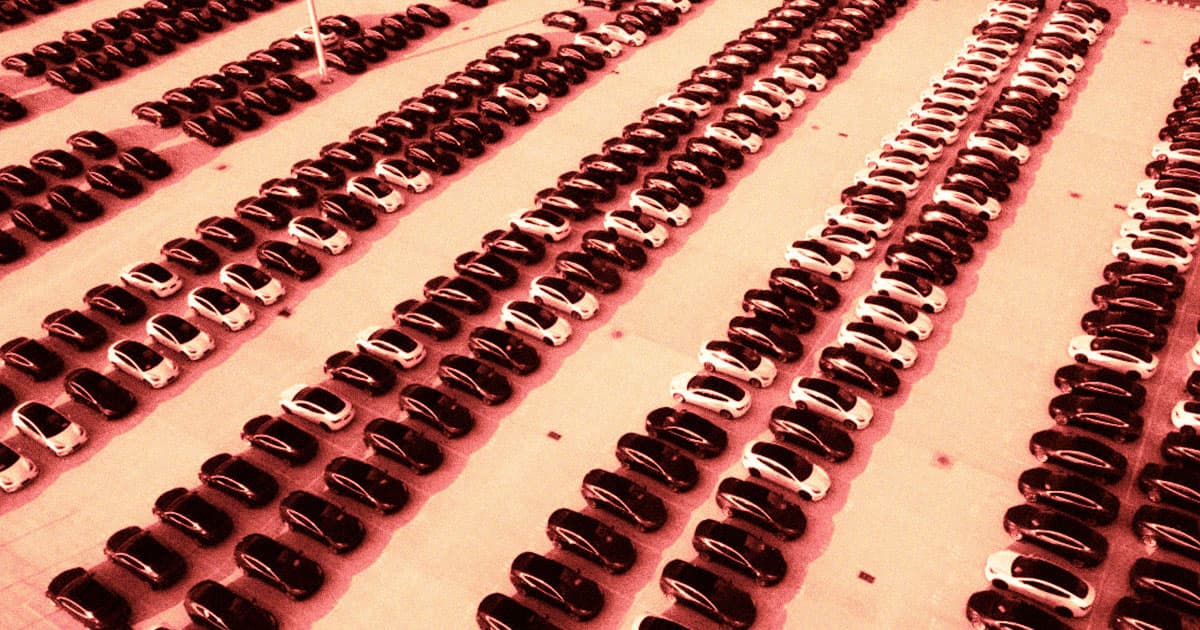 Rental car company Hertz has ordered 100,000 Tesla Model 3s as part of a massive push to electrify its fleet — the largest purchase of electric vehicles ever, according to Bloomberg.

It's a massive deal reportedly worth $4.2 billion, pushing the automaker's valuation past the $1 trillion mark for the first time ever. Shares were just two dollars shy of reaching the $1,000 mark on Monday, a new record for the Elon Musk-led company.

Musk's own net value soared in response to the news as well, crossing the quarter trillion mark.

It's a striking decision given that Hertz filed for bankruptcy last year as a result of the COVID-19 pandemic. But the company's market value has recovered, Bloomberg reports.

Even more so, it's a major win for Tesla, giving vast numbers of potential customers a first-hand look at the electric carmaker's offerings when they travel.

Bloomberg reports that Hertz is hoping to push maintenance and refueling costs down by switching to electric cars, as well as planning to build out a customers-only charger network. To celebrate the deal, Hertz hired quarterback celeb Tom Brady for a cheesy ad, showing off its new Tesla fleet.

Now, the ball is in Tesla's court to deliver the vehicles.

"There is quite an execution journey ahead of us," Tesla CFO Zachary Kirkhorn told Reuters.

More on Tesla: Elon Musk Is Now Worth Over a Quarter Trillion Dollars