Volvo's entry into the EV race rivals Tesla in look, feel, and features. 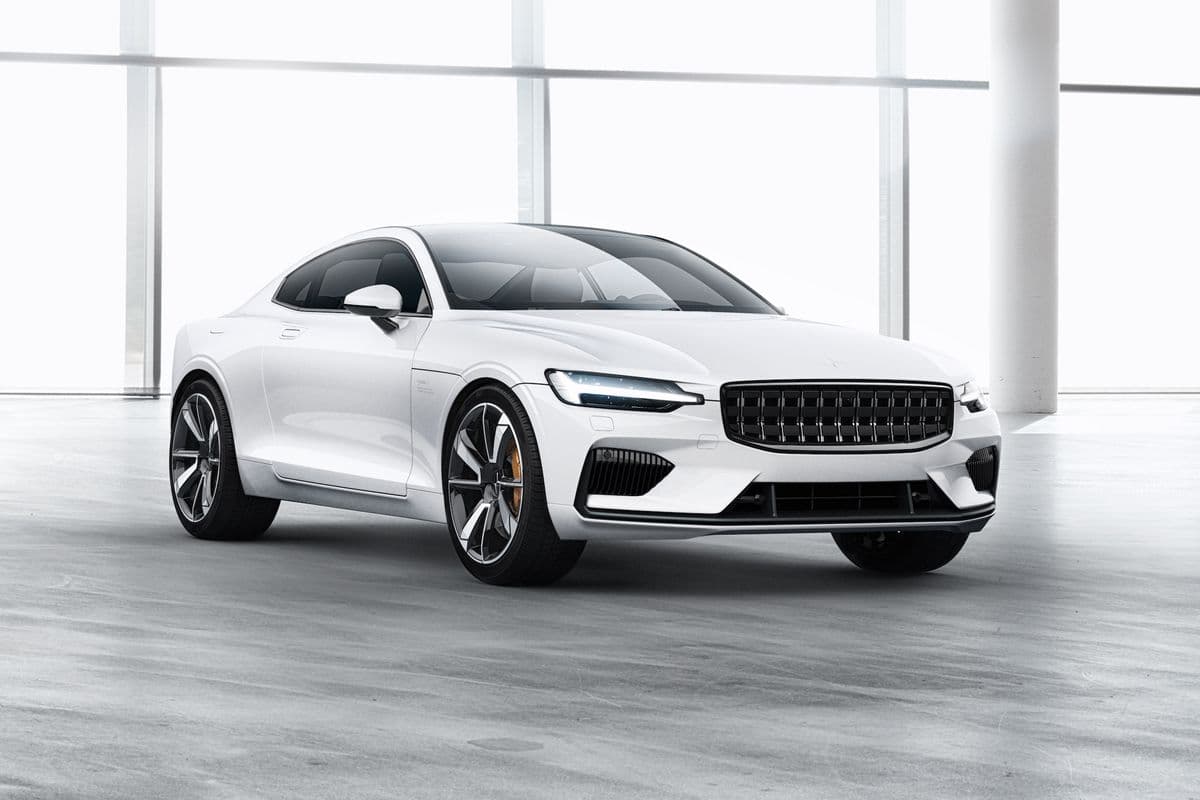 The race for traditional automakers to enter the electric vehicle game has been narrowing with each debut, but Volvo's first entry has raised the expectation bar to a whole new level. The Polestar 1G, which debuted at the Geneva Motor Show this week, is the first model of what Volvo hopes will be a line of several all-electric luxury cars and SUVs to be rolled out over the next decade.

The Polestar's two electric motors give it 218 horsepower combined with a 2-liter four-cylinder gasoline engine that gives it 600 horsepower overall — with 737 pound-feet of torque. Its 34-kWh battery gives it a 90-mile range on a single charge (give a take a few miles). The Polestar will also include a tech-savvy feature that gives drivers the option to unlock the car with a phone app instead of a key, according to The Verge. While the tendency would be to compare it to the reigning EV champ, Tesla, the Polestar has actually been designed to be in contrast to the prevailing aesthetic on the market.

Shiny chrome, cool leather, and windows that don't have frames give it a modern, sleek look. These features are also part of what makes it clear — before you even get behind the wheel — that the Polestar is first and foremost a luxury car.

According to Wired, starting next week, Volvo will begin taking $3,000 deposits for the slick ride. But it'll be a while yet before they'll be road-ready: the models on display in Geneva are just for show. Production is slated to begin next year, and at first Volvo's goal will be small: producing about 500 cars a year by 2019 at a newly-designed factory in Chengdu, China.

Read This Next
LIDARally
Volvo's New Electric Car Won't Drive if It Detects That You're Drunk
Please Elon
Why These Tesla Owners Are Going on a Hunger Strike Against Tesla
Streisand Effect
Hurry Up and Watch These Videos Tesla Wants Removed From the Internet
Elon's Mad
Elon Musk Snaps at Guy Who Pointed Out Bug in Tesla's Beta FSD
Kiddy League
Tesla Fans Put Child in Path of Moving Tesla on Self-Driving Mode
More on Advanced Transport
Alert!
Sep 23 on the byte
Ford Wants Pedestrians to Download an App So Its Trucks Don't Run Them Over
Fly Boys
Sep 23 on the byte
JetBlue, Virgin Strike Deal to Buy Jet Fuel Made From Recaptured CO2
Crunch Time
Sep 23 on the byte
Tesla Updating Vehicles to Not Crush Passengers' Hands in Window
READ MORE STORIES ABOUT / Advanced Transport
Keep up.
Subscribe to our daily newsletter to keep in touch with the subjects shaping our future.
+Social+Newsletter
TopicsAbout UsContact Us
Copyright ©, Camden Media Inc All Rights Reserved. See our User Agreement, Privacy Policy and Data Use Policy. The material on this site may not be reproduced, distributed, transmitted, cached or otherwise used, except with prior written permission of Futurism. Articles may contain affiliate links which enable us to share in the revenue of any purchases made.
Fonts by Typekit and Monotype.