Daimler, Parent Company of Mercedes, Unveils an Electric Truck Ahead of Tesla

The E-FUSO Vision One can carry up to 11 tons of cargo. 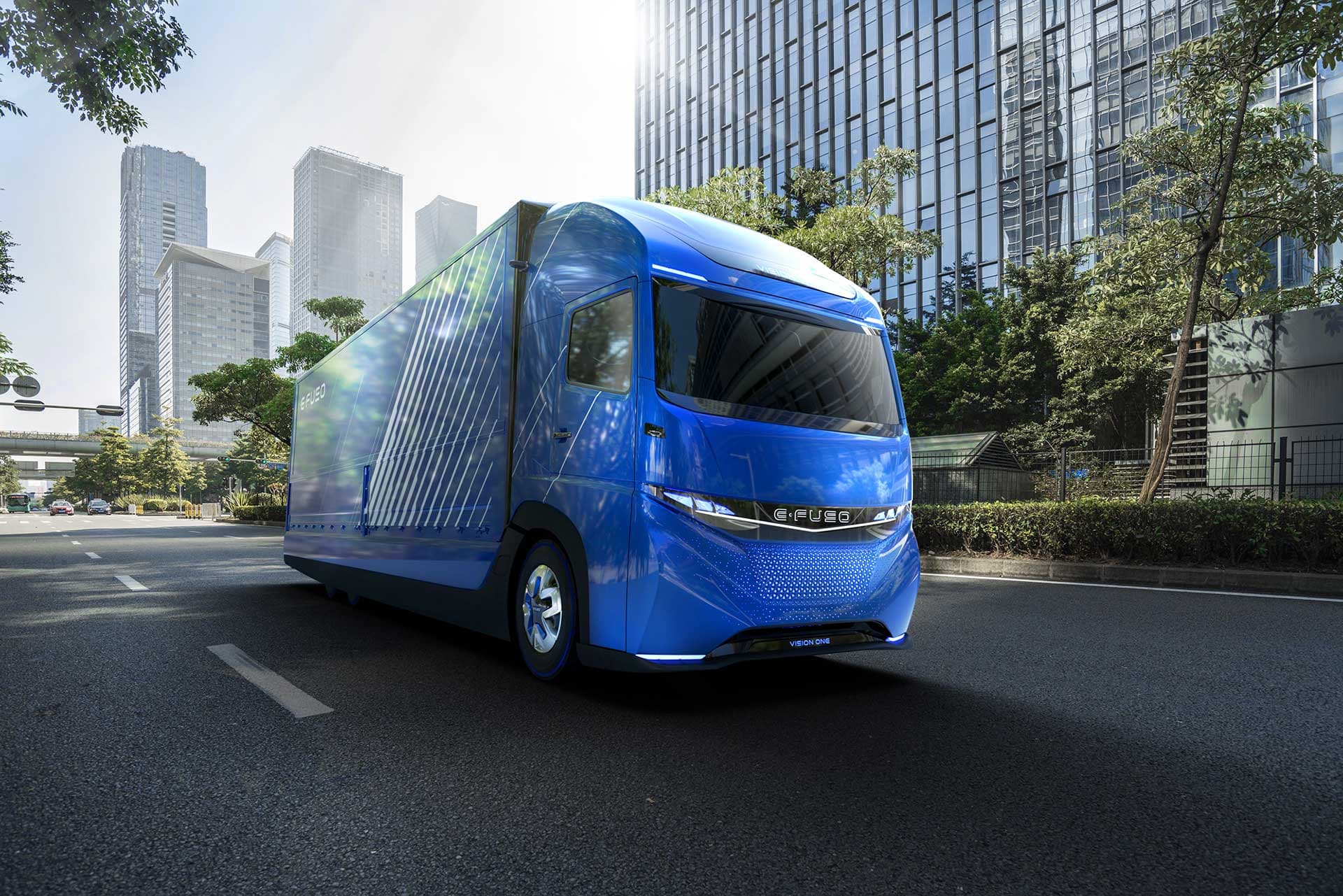 At the 2017 Tokyo Motor Show on Wednesday, Mercedes-Benz parent company Daimler AG unveiled their first fully-electric truck called the E-FUSO Vision One. With the release, the German automaker is now racing ahead of Tesla's highly anticipated electric semi, which CEO and founder Elon Musk had promised earlier this year.

"Our E-FUSO Vision One is an outlook on a feasible all-electric heavy-duty truck. It underlines our commitment to electrify our complete product range," Marc Llistosella, President and CEO of Mitsubishi Fuso Truck and Bus Corporation —the company under which the electric truck was launched— and Head of Daimler Trucks Asia, said in a press release.

The E-FUSO Vision One is a heavy-duty hauler capable of carrying up to 11 tons of cargo, a little lighter than that concept truck they showed back in July 2016, for a maximum range of 350 kilometers (220 miles). Aside from this, not much detail has yet been released about the electric truck.

Read This Next
Fusion Futility
Elon Musk Slams Fusion, Says Future of Energy Is Wind and Solar
Mine! Mine!
Elon Musk Suggests Tesla Might Start Mining Lithium
World is on Fire
UN Calls Elon Musk's Bluff, Providing Detailed Plan to Prevent World Hunger
Bigger in Texas
Elon Musk, Who Moved to TX For Less Regulation, Is Furious That the Power Went Down
Piercing The Hype
If Graphene Batteries Do Everything Scientists Say, They Could Be a Gamechanger
More on Earth & Energy
The Brunt of It
Yesterday on the byte
Iceberg Twice the Size of New York City Breaks Off Antarctica
Doomscrolling
Tuesday on the byte
Scientists Say We're Closer to Nuclear Armageddon Than Any Other Point in History
Putting a Spin on It
Tuesday on the byte
Earth's Core Appears to Have Stopped Spinning, Scientists Say
READ MORE STORIES ABOUT / Earth & Energy
Keep up.
Subscribe to our daily newsletter to keep in touch with the subjects shaping our future.
+Social+Newsletter
TopicsAbout UsContact Us
Copyright ©, Camden Media Inc All Rights Reserved. See our User Agreement, Privacy Policy and Data Use Policy. The material on this site may not be reproduced, distributed, transmitted, cached or otherwise used, except with prior written permission of Futurism. Articles may contain affiliate links which enable us to share in the revenue of any purchases made.
Fonts by Typekit and Monotype.