Musk says Tesla's semi "will blow your mind clear out of your skull and into an alternate dimension." 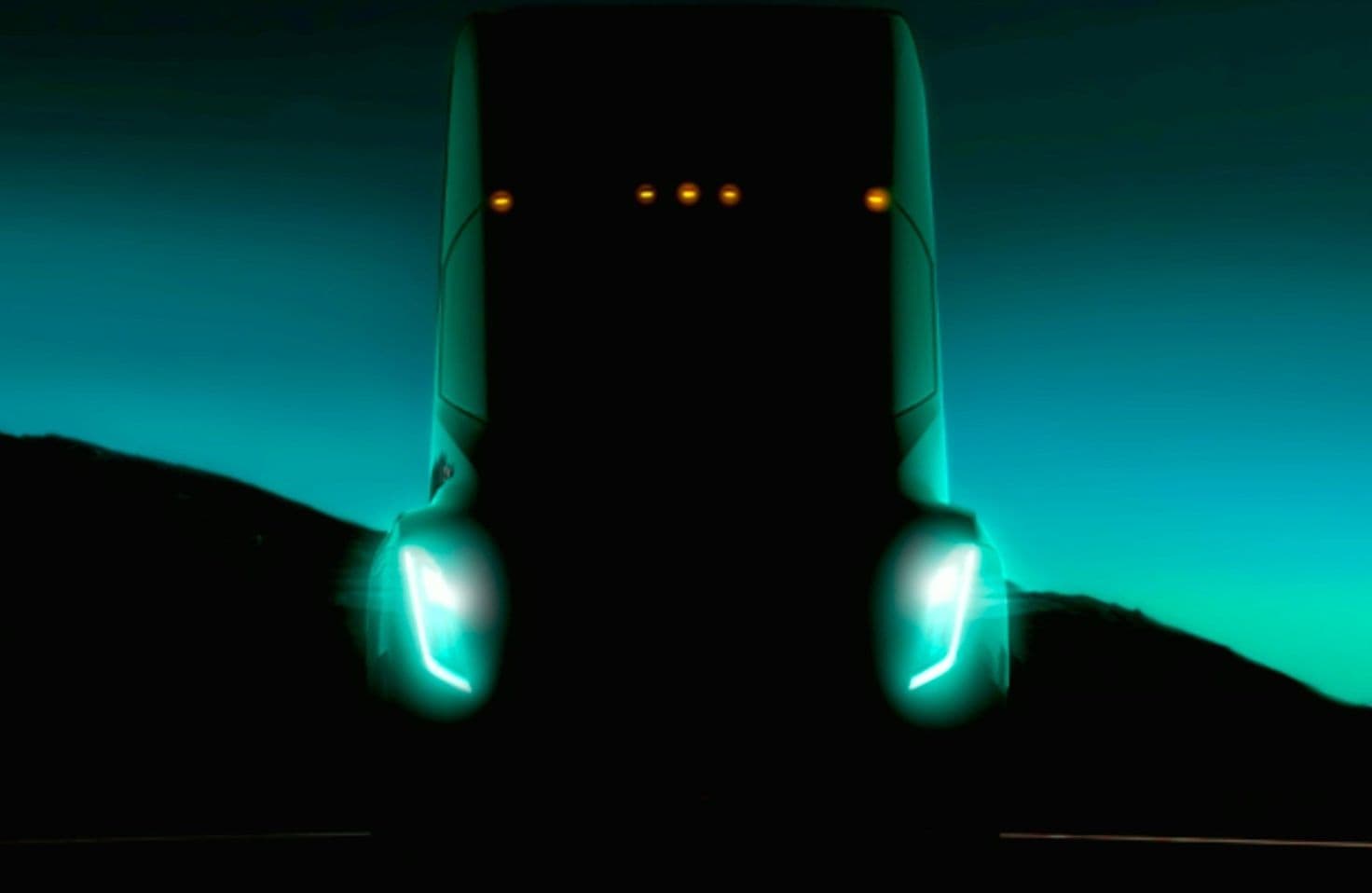 In a Sunday afternoon Twitter post, Tesla founder Elon Musk announced that the company's electric semi truck will be revealed this Thursday, November 16—and that it would "blow your mind clear out of your skull and into an alternate dimension."

Tesla Semi Truck unveil to be webcast live on Thursday at 8pm! This will blow your mind clear out of your skull and into an alternate dimension. Just need to find my portal gun ...

The Tesla Semi has been highly anticipated since Musk teased its prototype at the 2017 TED conference. The scant details that have become available since then suggest the long-haul trucking vehicle will be significantly cheaper, safer, and more environmentally friendly than current options, particularly when utilized in "platoons." The truck will reportedly have a range of about 200 to 300 miles between charges.

“A lot of people don’t think you can do a heavy-duty, long-range truck that’s electric, but we’re confident that this can be done," Musk told shareholders at their annual meeting in June. He originally set the semi's release date for September but postponed its reveal to address bottlenecks in Model 3 production and increase the company's battery production to aid areas affected by Hurricane Maria.

It seems that the wait will soon be over; particularly good news for the trucking industry, which currently contributes about 20 percent of the transportation sector's greenhouse gas emissions. In September, Morgan Stanley analyst Adam Jonas suggested that the Tesla Semi could set off huge changes in the industry, potentially reducing costs by up to 70 percent.

“We believe TSLA’s reveal of its autonomous, electric Class 8 semi-truck this month could be the biggest catalyst in Trucking in decades and potentially set off separation between the technology leaders and the laggards among carriers, shippers, truck OEMs and suppliers," he wrote to his clients, according to Electrek.

Watch this space for more news of the Semi on the 16th — and don't forget your portal gun.

Read This Next
Absent CEO
Tesla Investors Furious at Elon Musk for Vanishing During Crisis to Play With Shiny New Twitter
Stay Away
Tesla Is Having Extreme Trouble Hiring, for Some Reason
Musk Antics
Elon Musk Has a Big Problem on His Hands
LIDARally
Volvo's New Electric Car Won't Drive if It Detects That You're Drunk
Please Elon
Why These Tesla Owners Are Going on a Hunger Strike Against Tesla
More on Advanced Transport
Kapow
Friday on the byte
Self-Driving Car Plowed Into Active Fire Scene, Forcing Firefighters to Smash Its Window
Netflix and Drive
Monday on futurism
Mercedes Claims to Have Achieved Level 3 Automation, Beating Tesla
Battery Trouble
Monday on the byte
Tesla "Spontaneously" Bursts Into Flames While Driving Down Freeway
READ MORE STORIES ABOUT / Advanced Transport
Keep up.
Subscribe to our daily newsletter to keep in touch with the subjects shaping our future.
+Social+Newsletter
TopicsAbout UsContact Us
Copyright ©, Camden Media Inc All Rights Reserved. See our User Agreement, Privacy Policy and Data Use Policy. The material on this site may not be reproduced, distributed, transmitted, cached or otherwise used, except with prior written permission of Futurism. Articles may contain affiliate links which enable us to share in the revenue of any purchases made.
Fonts by Typekit and Monotype.