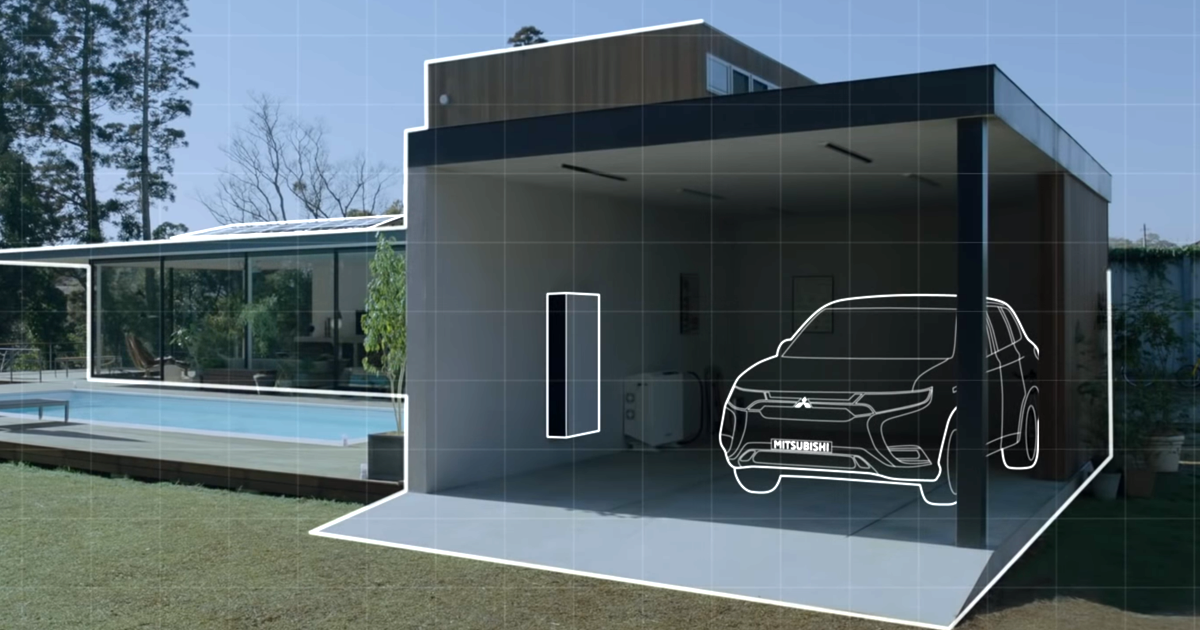 Mitsubishi's New Hybrid Can Power Your Home During a Blackout

Generate solar power by day, buy cheap electricity from the grid by night.

Generate solar power by day, buy cheap electricity from the grid by night.

In the future, your car will charge your house.

That's according to Japanese carmaker Mitsubishi, which is working on a solar platform — including a sizable home battery, charger and solar panels — called Dendo Drive House. The twist: it can use the company's lineup of plug-in hybrid cars to store extra power.

It's a futuristic concept: when the sun shines, both your car and home charge up at the same time thanks to a "bi-directional charger." If you're stuck with no power from the electric grid, your home is able to use up your plug-in hybrid car's remaining battery reserves.

In its promotional video, Mitsubishi argues it might even save you some money — you can chose to charge your home from the grid at night, when electricity prices are lower.

The reveal came alongside the announcement of Mitsubishi's Engelberg Tourer, a "next-generation crossover SUV concept" at this year's Geneva Motor Show.

The Tourer is meant to skip the need for charging infrastructure altogether, according to the press release, thanks to its generous battery pack — and of course the Dendo Drive House platform with its bi-directional charging capability.

It's not the first time the idea has cropped up: Tesla CEO Elon Musk mentioned the idea in a July 2018 tweet, pointing out it might make sense for his electric vehicle company to "revisit" the idea.

Like many concepts of its kind, there's no guarantee Mitsubishi's SUV and the Dendo Drive House platform will ever be released to the public.

While Tesla has already shown the benefits of mounting a massive home battery packs to your garage wall, the efficiency of home solar panel technology still has a way to go.

But who wouldn't want to save some money on their energy bills while ensuring that their energy demands are met even during a power outage?