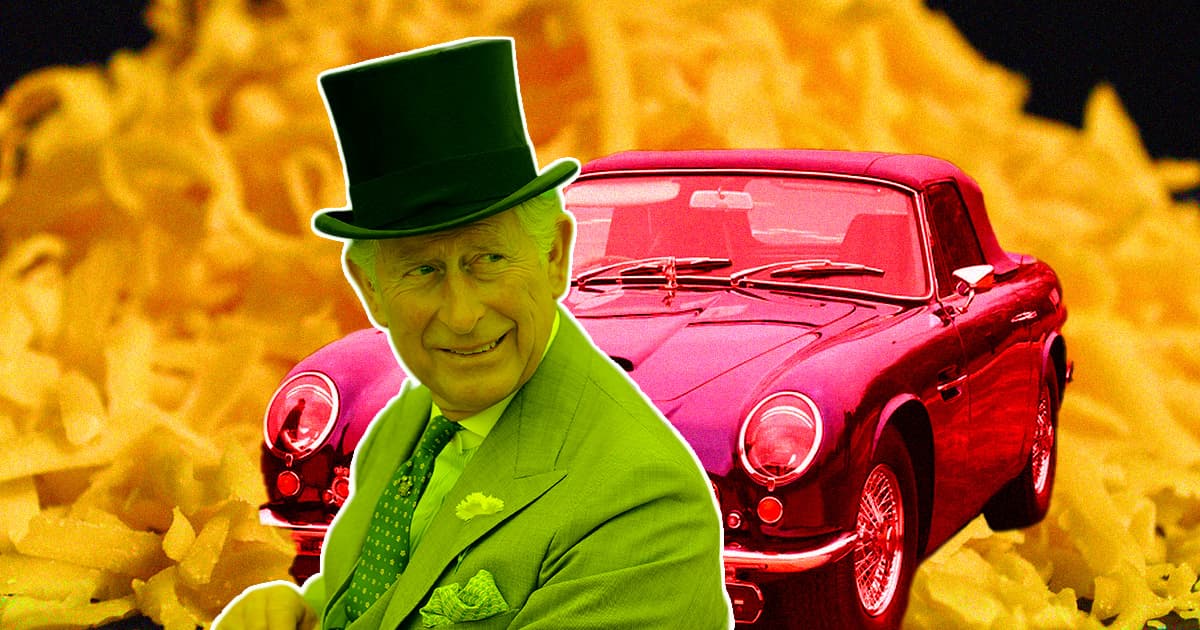 "I haven’t eaten meat and fish on two days a week and I don’t eat dairy products on one day a week."

"I haven’t eaten meat and fish on two days a week and I don’t eat dairy products on one day a week."

In a hilariously and suitably snooty remark, Prince Charles, the heir of the British throne, told the BBC in an interview that his Aston Martin runs on "surplus English white wine and whey from the cheese process" — a joke, by a crusty old royal, that practically writes itself.

"I haven’t eaten meat and fish on two days a week and I don’t eat dairy products on one day a week," he proudly told the BBC. "If more did that, you would reduce a lot of the pressure."

The monarch made the comments ahead of the the 2021 United Nations Climate Change Conference, likely in order to show his concern for the environment — but experts aren't impressed, The Guardian reports.

In fact, the use of biofuels could end up being worse for the environment.

"On a large scale biofuels do more harm than good, driving deforestation and land use change that worsens the climate crisis," he added.

E85, the most common form of bioethanol, is made up of 85 percent bioethanol derived from fermented sugars and 15 percent petrol.

Other experts argue that it may be the right move broadly speaking, "though food waste really can and will go so far," Chris Malins, a consultant on alternative fuels policy and sustainability, told The Guardian.

While Prince Charles' comments arguably come off as disconnected from a very troubling reality, he is right about one thing: if we all made a conscious effort to eat less meat, it would certainly help the environment.