"Eventually, they run out of other people's money and then they come for you." 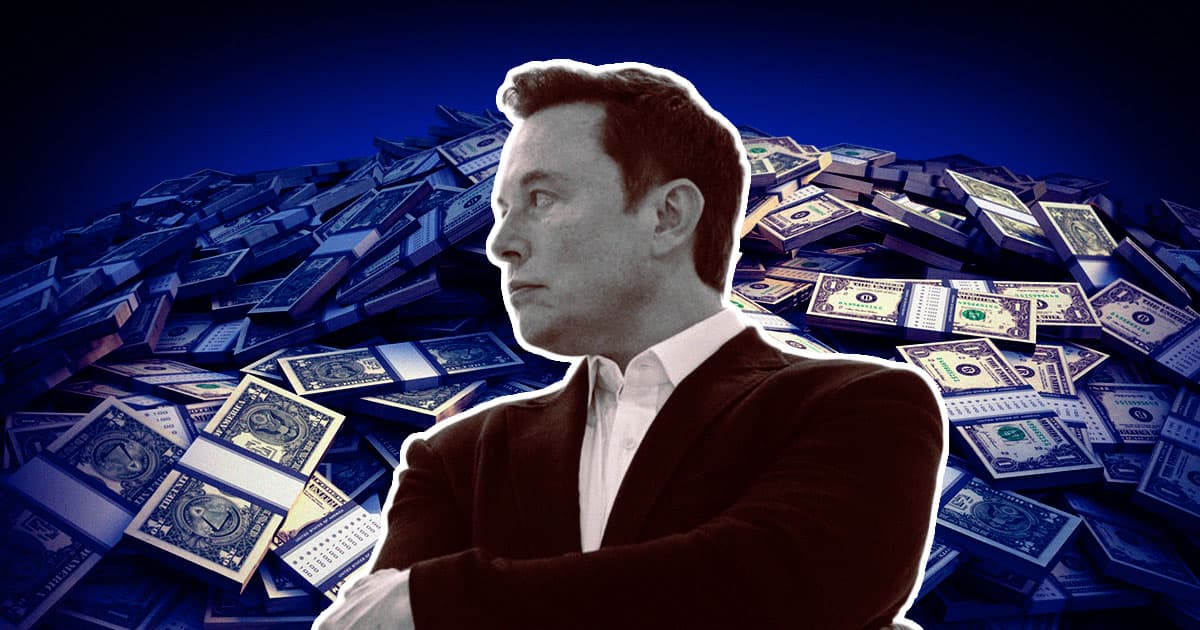 After seeing his net worth soar past a quarter trillion dollars — that's 12 zeros, in case you're counting — Tesla CEO Elon Musk took to Twitter to whine about a dead-on-arrival plan to tax billionaires.

The proposal, by Oregon Lawmaker and Chair of the Senate Finance Committee Ron Wyden, would raise the taxes on about 700 billionaires in the United States to finance an expansion of healthcare, childcare, and a child tax credit.

But Musk isn't ready to part with any of his enormous pile of money — he'd owe about $50 billion over the plan's first five years, according to The Washington Post's estimate  — to fund those kinds of initiatives.

"Eventually, they run out of other people's money and then they come for you," he wrote in a salty Monday tweet.

The ultra rich have dodged taxes for decades by relying on gains from securities that aren't taxed unless they sell them, which they aren't often motivated to do. In fact, leaked Internal Revenue Service data obtained by ProPublica earlier this year showed that Musk managed to pay zero dollars in income taxes in 2018.

The anti-tax sentiment is probably to be expected from Musk, who's in the process of moving much of his companies' operations from California to Texas, a tax and regulations haven that could beef up his considerable wealth even more.

According to recent research, the top one percent of American earners squeezed about $50 trillion out of the bottom 90 percent between 1975 and 2018 — a staggering shift in wealth distribution.

Wyden's proposed plan would have the wealthiest ten Americans, who collectively own $1.3 trillion, pay out a total $276 billion in taxes, according to WaPo. Subsequent payments would be far less, as the taxes initially fall on the billionaire's lifetime earnings.

Musk's complaints will probably be moot, because the Democrats' plan to tax the rich is even facing criticism from within the Democratic party itself.

And regardless, experts suggest billionaires could easily skirt around Wyden's plan by creating even more private companies and moving their publicly-held stock there.

"I like the politics of it, yeah, I think it’s sensible," means committee chair Richard Neal (D-MA) told the Post. "I think the implementation of the plan may be a bit more challenging."

Taxing the rich has seldom been a politically popular move, particularly in the US. But given the country's crushing wealth inequality, it's a desperate situation.

Having Musk and his fellow billionaires ridicule attempts to even the playing field just a little certainly leaves a bad taste in one's mouth.

Musk is doing a lot to decarbonize the automotive market. But when it comes to taxation, it seems like he'll be the first to turn his back on those who need governmental support the most.