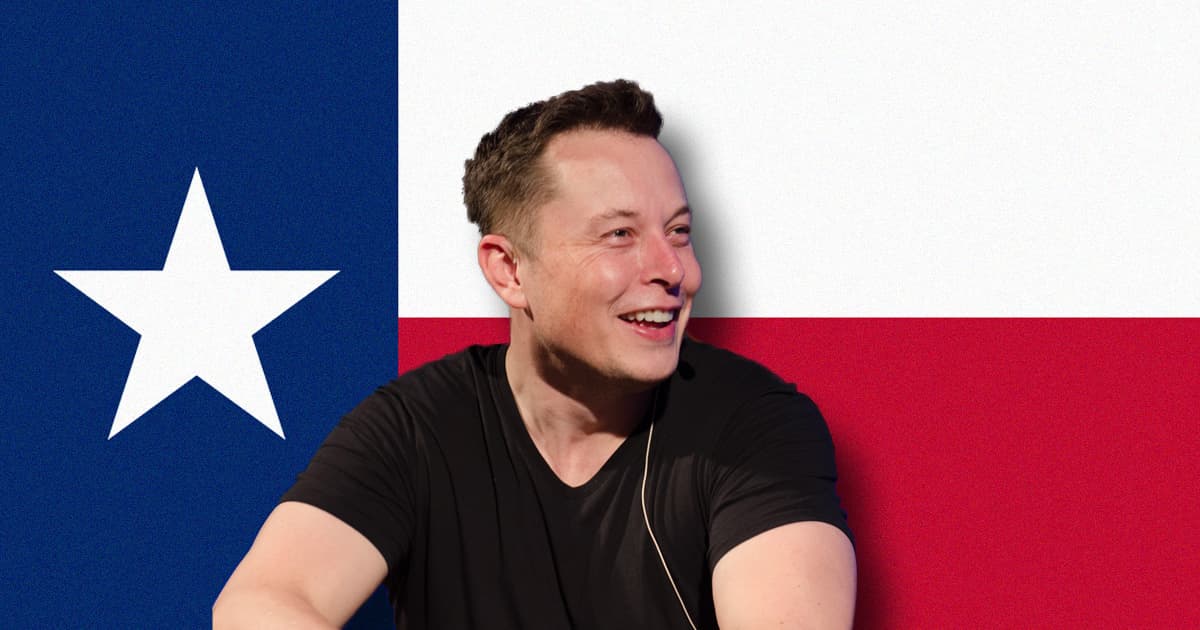 Elon Musk Says He Has Moved to Texas

Musk previously told friends and associated of his plans, as CNBC reported last week. The CEO had already spent considerable time in the state overseeing production at SpaceX's testing facilities in Boca Chica, Texas as well as his tunnel startup Boring Company operations in Austin, Texas.

For Musk, California was no longer a winning economic environment.

"If a team is winning for too long, they tend to get complacent," he said, referring to his previous home state, as quoted by The Verge. "California has been winning for a long time, and I think they’re taking it for granted."

"Silicon Valley has too much influence in the world," the billionaire added.

The news comes after Musk's electric car company Tesla defied lockdowns back in June in defiance of the local California county's health department. Musk has been an outspoken opponent of such public health measures, tweeting "FREE AMERICA NOW" earlier this year, and calling quarantine measures "fascist" — moves he may have come to regret, at least to a degree.

Texas also has no personal income tax, which could maximize Musk's possible future stock options payout of north of $50 billion.

The news also comes after Musk overtook Bill Gates to become the second richest man in the world, according to Bloomberg's Billionaire Index.