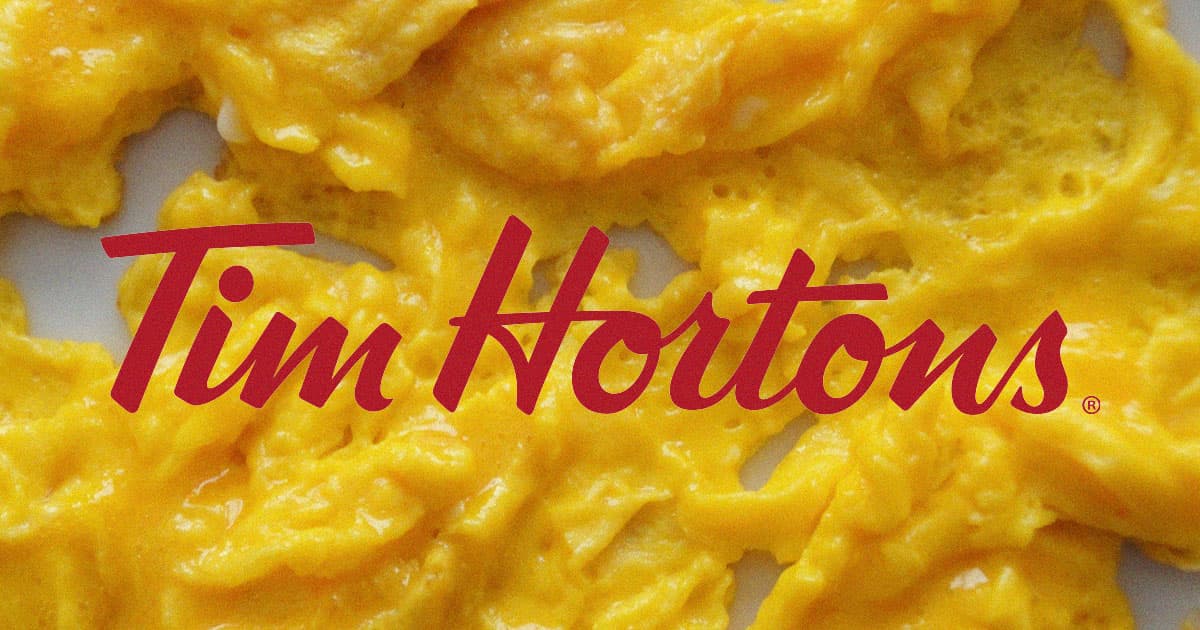 Look out, fake meat. Plant-based eggs are coming for you.

Look out, fake meat. Plant-based eggs are coming for you.

Plant-based proteins have already made their way into your favorite late-night snacks. Now they're coming for your breakfast.

According to a new CNBC story, Canadian chain Tim Hortons has struck a deal with JUST Inc. to start selling the company's plant-based eggs in select restaurants — making it the first major fast-food chain to take a chance on the chicken-less eggs.

Mung beans are the primary protein in JUST Eggs, which the company claims on its website scramble up just like chicken eggs — no surprise, then, that Tim Hortons plans to use them for omelettes.

However, don't expect to see the plant-based eggs showing up in any of the chain's muffins or Timbits: JUST Inc. does not recommend using them for baking.

The company started selling sandwiches containing Beyond Meat's imitation breakfast sausage in May. Then, in July it began offering customers two burgers made with Beyond Meat's plant-based patties.

In a statement shared with CNBC, Tim Hortons spokeswoman Jane Almeida also didn't rule out adding more alt-meat foods to the menu — another sign that the plant-based protein revolution may be just beginning.

More on plant-based protein: Burger King Will Sell Meatless Whoppers Across US This Year