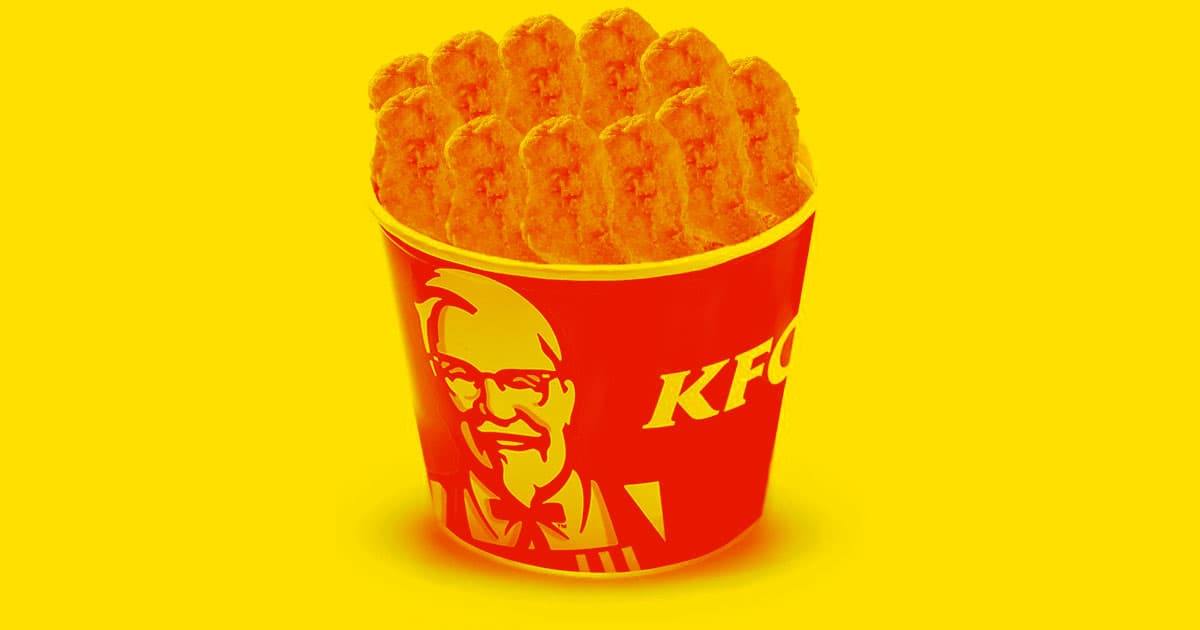 But will it be finger lickin' good?

But will it be finger lickin' good?

On Monday, Kentucky Fried Chicken (KFC) announced plans to begin selling nuggets and boneless wings made from Beyond Meat's plant-based protein — making it the first national fast-food restaurant to take a chance on faux chicken.

KFC will begin selling the nuggets and wings at a single restaurant in Atlanta on Tuesday in combinations averaging about $.50 per nugget and $1 per wing.

Any customers who make a purchase at the store between 10:30 a.m. to 6:30 p.m. on Tuesday will have the option of receiving a complementary sample of Beyond Fried Chicken while supplies last.

KFC might be the first fast-food chain to take a chance on fake chicken, but many others are already offering customers plant-based meat options. And based on the expansion of several of those tests, it seems Americans are ready and willing to trade in their traditional meat for the faux kind.

KFC says it plans to evaluate customer feedback from the Atlanta test when deciding whether or not to offer its faux chicken products at other restaurants or even roll them out nationwide — so it might not be long before Beyond Fried Chicken reaches a KFC near you.