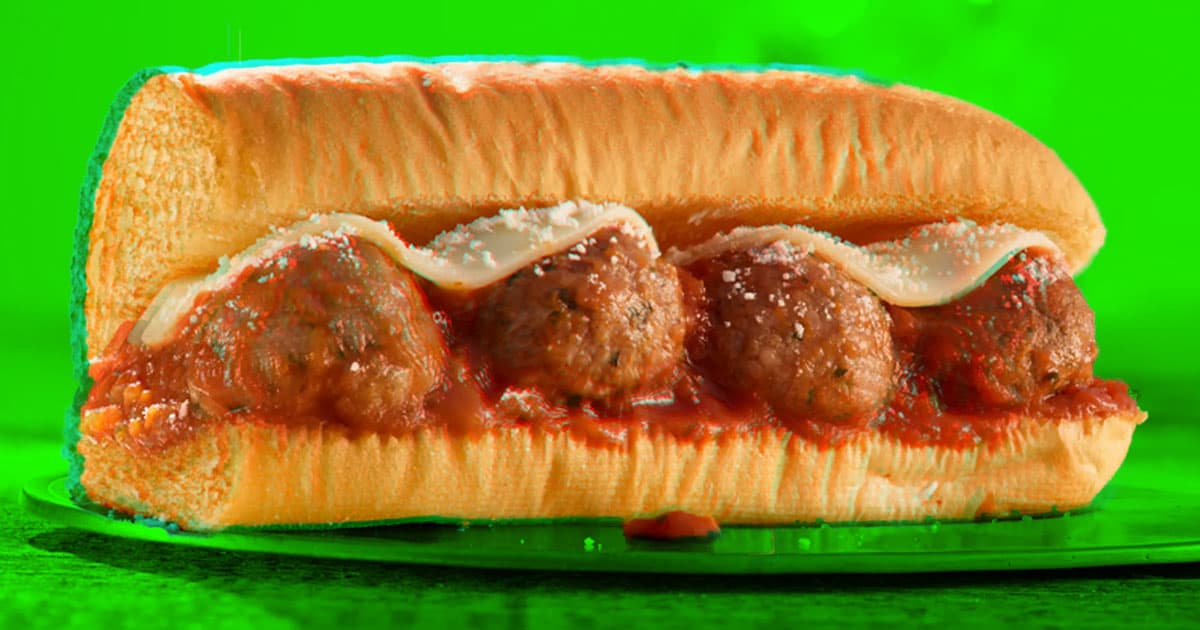 Another one bites the meat alternatives.

Another one bites the meat alternatives.

And now, sandwich juggernaut Subway is joining the fray — the ultimate sign that fake meat is going mainstream.

The international franchise has announced a partnership with rising fake meat star Beyond Meat to test out a limited-time sandwich called the Beyond Meatball Marinara Sub in 685 restaurants across North America.

As you might have guessed, the sandwich — described as "with a plant-based twist" in a press release — will feature Beyond Meat's plant-based concoction that reportedly packs 24 grams of protein into each six-inch sub.

Faux Meat is Here to Stay

The meatless food alternatives industry is booming right now. Burger King announced last week that its Impossible Whopper is going nationwide, and Beyond Meat's stock is booming after going public in May.

Even regulators are getting on board: last month, the Food and Drug Administration announced that it marked Impossible Foods' key ingredient called soy leghemoglobin as "safe" — a move that could allow the imitation meat maker to sell raw product in grocery stores.

More on Beyond Meat: Burger King’s Impossible Whopper Is Going Nationwide on August 8

Going Meatless
There's a Huge, Angry Backlash Against Fake Meat
10. 8. 19
Read More
Have It Your Way
Burger King's Impossible Whopper Is Going Nationwide on August 8
8. 1. 19
Read More
In the Future, the Meat You Eat Won't Come From Living Organisms
12. 12. 17
Read More
+Social+Newsletter
TopicsAbout UsContact Us
Copyright ©, Camden Media Inc All Rights Reserved. See our User Agreement, Privacy Policy and Data Use Policy. The material on this site may not be reproduced, distributed, transmitted, cached or otherwise used, except with prior written permission of Futurism. Articles may contain affiliate links which enable us to share in the revenue of any purchases made.
Fonts by Typekit and Monotype.