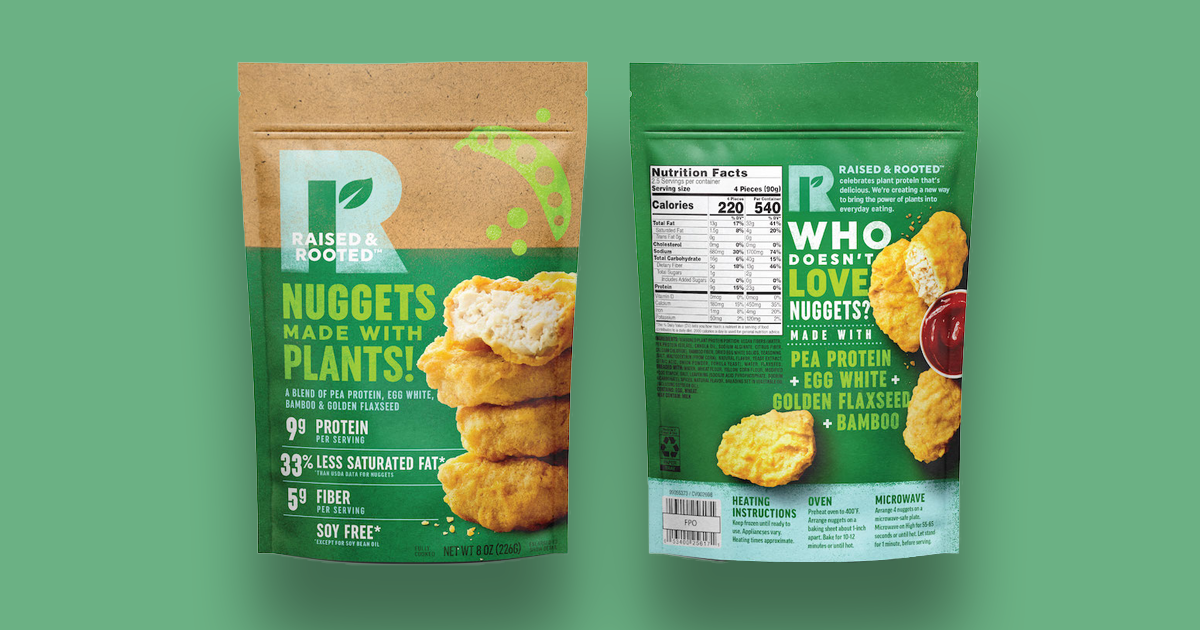 On Thursday, Tyson Foods announced the launch of Raised & Rooted, a new line featuring the company's first plant-based protein products, meaning one of the world's largest — and most controversial — meat producers sees a promising future for alt-meat.

"Today’s consumers are seeking more protein options," Tyson Foods CEO Noel White said in a press release, "so we’re creating new products for the growing number of people open to flexible diets that include both meat and plant-based protein."

Tyson's first Raised & Rooted product to reach consumers will be nuggets made from a mix of plant ingredients, including pea protein. Those will hit store shelves this summer, with "blended burgers" made from both Angus beef and pea protein following in the fall.

Tyson's existing Aidells brand is also getting in on the alt-meat trend with a Whole Blends line featuring sausages and meatballs made from a mix of chicken and plant-based ingredients.

The creation of the Raised & Rooted line doesn't mean Tyson Foods plans to go vegetarian, however.

"For us, this is about 'and' – not 'or,'" White said. "We remain firmly committed to our growing traditional meat business and expect to be a market leader in alternative protein, which is experiencing double-digit growth and could someday be a billion-dollar business for our company."

READ MORE: After backing out of Beyond Meat, Tyson Foods announces a new plant-based brand of its own [The New Food Economy]

Lab-Grown Meat: Tyson is Making a Massive Investment in a Meatless Future
12. 8. 16
Read More
CHON: Legacy
James Webb Discovers Coldest Ice in Known Universe, Harboring Molecules Essential For Life
Yesterday
Read More
Not a Scientist, Just Three Chatbots in a Trench Coat
Largest Publisher of Scientific Journals Slaps Down on Scientists Listing ChatGPT as Coauthor
Yesterday
Read More
+Social+Newsletter
TopicsAbout UsContact Us
Copyright ©, Camden Media Inc All Rights Reserved. See our User Agreement, Privacy Policy and Data Use Policy. The material on this site may not be reproduced, distributed, transmitted, cached or otherwise used, except with prior written permission of Futurism. Articles may contain affiliate links which enable us to share in the revenue of any purchases made.
Fonts by Typekit and Monotype.