KFC's Fake Chicken Isn't Quite as Disgusting as Everybody's Saying

It tasted fine — but it's still KFC. 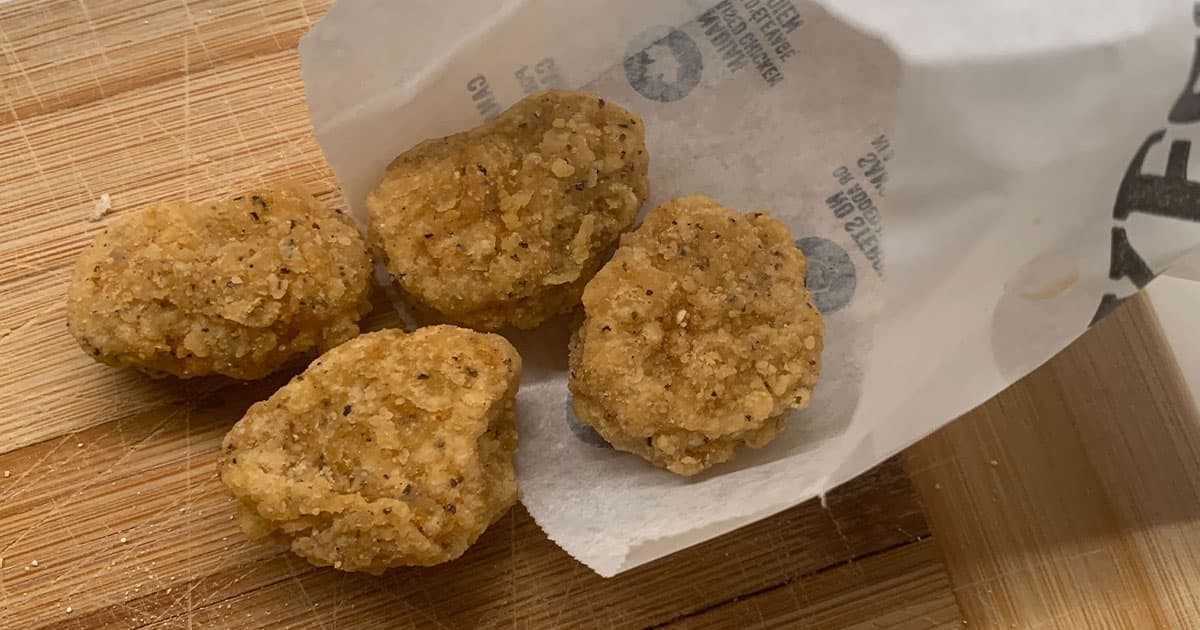 KFC launched its plant-based menu this week to much fanfare. A host of new fake chicken products hitting deep fryers across the nation is bound to attract some media attention. Besides, what else do we have to look forward to these days?

Some diners were horrified by the ersatz chicken. Veteran YouTube food reviewer Jon Jurasek — better known online as Reviewbrah behind the channel TheReportOfTheWeek — delivered a scathing review of the nuggets, titled "KFC's NEW Beyond Nuggets are Inedible."

The controversial video shot up the charts on the video platform, even hitting the much coveted Trending page.

"Oh wow, I can't bite into it," he complained, proceeding to rip apart the dried morsel with his hands.

After an excruciating 32 seconds of silent chewing, Jurasek was ready to hand out his verdict: "shoe leather texture," but it "tastes like chicken." It felt like it was "made out of rubber," according to the tie-wearing foodie.

Intrigued, we hit up the drive-thru and picked up the "Plant-Based Meal Box," which comes with a Beyond-based spin on KFC's popcorn chicken and fried chicken sandwich.

Maybe Jurasek just got a bad batch, but our was... well, fine.

The popcorn chicken tasted more like bland, ground up and deep fried vegetables. The sandwich was a far more redeeming experience, with the sauce and other toppings making up for an otherwise forgettable patty.

That's not exactly a ringing endorsement, but we did seem to find the fare more palatable than most others. VICE's Samantha Cole found that it "felt like I’d ingested several big smooth aquarium stones" after eating some of the nuggets. Eater's Amy McCarthy also found them to be "difficult to sink your teeth into, and slightly rubbery to chew."

Other users on Twitter, it's worth noting, were far more lenient, describing the nuggets as "very tasty" and, well, "good."

The main question, of course, is why anyone would bother with KFC in the first place. There are far better options out there when it comes to fast food chicken — Popeyes, anyone? — and their superior technique and vision would probably breathe some much-needed life into a similar menu item.

Read This Next
Sun Shield
Scientists Increasingly Calling to Dim the Sun
Meteor Madness
NASA Fires Back at Claim Meteor Destroyed House and Killed Dog
Reduce, Reuse, Landfill
A Shocking Amount of US "Recycling" Goes Straight to the Landfill
Lil Dudes
Something Cool Is Happening to the Frogs at Chernobyl
Soggy Earth
Scientists Find Evidence of "Ocean" Hundreds of Miles Below Earth's Surface
More on Earth & Energy
Gross
Yesterday on the byte
Residents Alarmed When Entire River Turns White
Going Hydrogen
Dec 2 on the byte
Airbus to Strap Hydrogen Fuel Cell Engine to Massive Superjumbo Jet
Wolfenstein
Dec 1 on the byte
A Brain Parasite Is Making Wolves Into Pack Leaders, Scientists Say
READ MORE STORIES ABOUT / Earth & Energy
Keep up.
Subscribe to our daily newsletter to keep in touch with the subjects shaping our future.
+Social+Newsletter
TopicsAbout UsContact Us
Copyright ©, Camden Media Inc All Rights Reserved. See our User Agreement, Privacy Policy and Data Use Policy. The material on this site may not be reproduced, distributed, transmitted, cached or otherwise used, except with prior written permission of Futurism. Articles may contain affiliate links which enable us to share in the revenue of any purchases made.
Fonts by Typekit and Monotype.