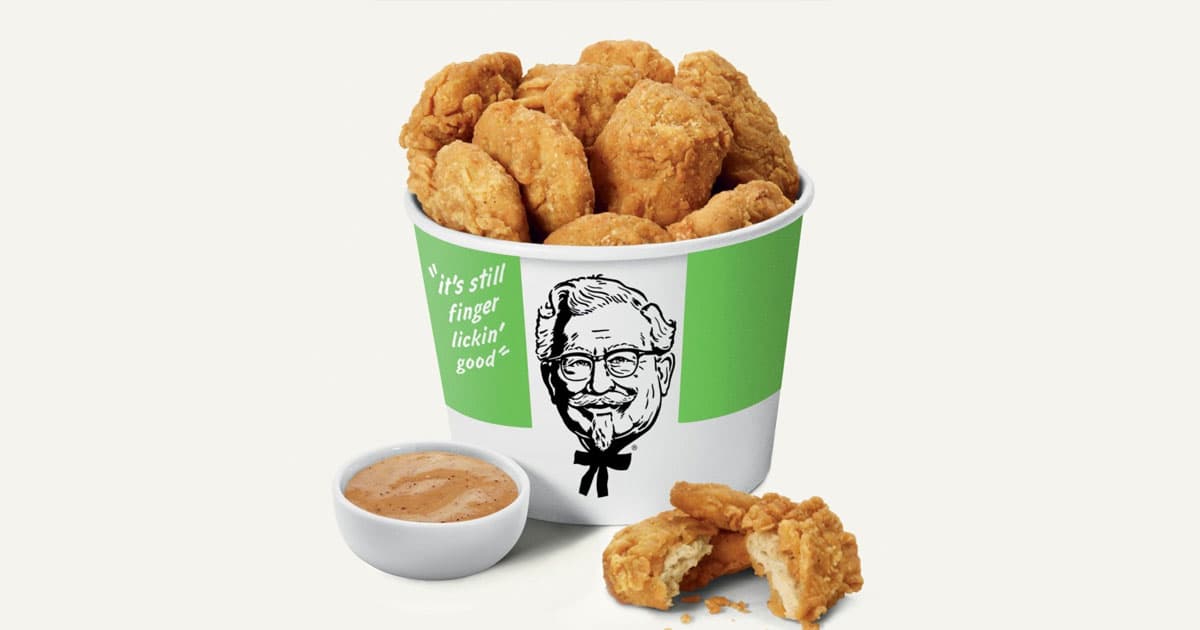 KFC will bring plant-based chicken to restaurants nationwide starting next week, the latest in meat alternative products changing the face of the fast food industry.

The fried chicken chain worked with Beyond Meat to create a chicken breast alternative designed to mimic the consistency of ground chicken.

"This is really about where the customer is going; they want to eat more plant-based proteins," Kevin Hochman, US president of KFC, told CNBC. "It’s January, so it’s a time of New Year’s resolutions and wanting to do something different in your diet."

Other brands have also worked other similar meat alternative products — many of which were also the result of a collaboration between Beyond Meat and Yum Brands, KFC's parent company — into their menus, including Pizza Hut and Taco Bell.

In 2020, KFC also started testing chicken nuggets made with 3D Bioprinting Solutions in Moscow, Russia. Did we mention the same company is working to print human tissues in space as well?

KFC wasn't alone in rolling out a plant-based meat product on Monday. Chipotle, which is not owned by Yum Brands, also announced a plant-based chorizo product available at its restaurants nationwide on the same day.

In 2022, it's safe to say that plant-based meat products are here to stay. With high profile fast food chains jumping into the trend feet first, we'll likely see more and more businesses jump on board the meatless bandwagon — and we're here for it, as long as it's tasty.

Rubber Chicken
KFC's Fake Chicken Isn't Quite as Disgusting as Everybody's Saying
1. 13. 22
Read More
All Your Anime Are Belong To AI
Netflix Brags That It Used AI to Replace Human Animators In New Anime
10:26 PM
Read More
From Bad to Worse
Global Warming Is Worse Than We Thought, AI Tells Scientists
9:52 PM
Read More
+Social+Newsletter
TopicsAbout UsContact Us
Copyright ©, Camden Media Inc All Rights Reserved. See our User Agreement, Privacy Policy and Data Use Policy. The material on this site may not be reproduced, distributed, transmitted, cached or otherwise used, except with prior written permission of Futurism. Articles may contain affiliate links which enable us to share in the revenue of any purchases made.
Fonts by Typekit and Monotype.