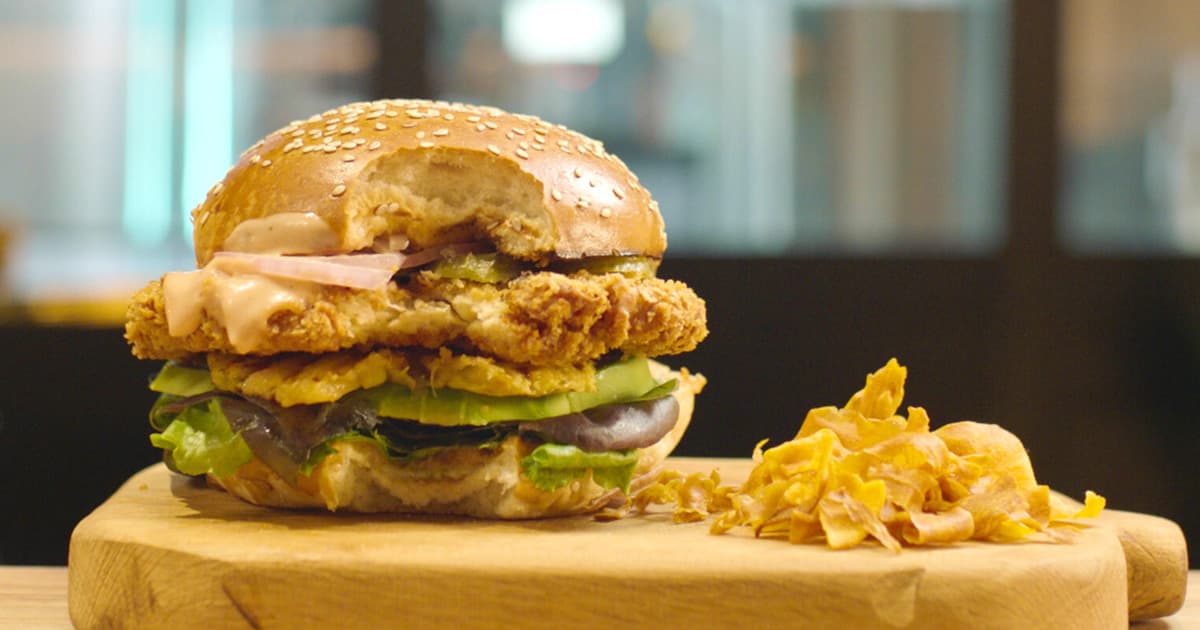 A new lab-slash-restaurant is giving away chicken sandwiches for free.

A new lab-slash-restaurant is giving away chicken sandwiches for free.

In Israel, a new half-lab-half-restaurant called the Chicken is the first in the world to offer lab-grown meat to diners.

The restaurant, which gives out cultured chicken burgers for free — the texture of chicken breast is difficult to mimic — seems to have nailed the flavor and texture of the fried chicken sandwich, according to The Guardian correspondent Oliver Holmes, who tested it out. In many ways, the Chicken is more of a product demo than a conventional restaurant venture. But at the same time, it's an unmistakable sign that sustainable, lab-grown versions of meat are becoming tasty, even if they aren't yet at a price point for mass consumption.

The back room of the restaurant is also its lab, so diners can watch as scientists culture the meat that they're eating.

"This burger takes something between two to three days to grow," head chef Tomer Halevy, who holds a PhD in genetics, told The Guardian.

The cells are grown in a broth of water, sugar, amino acids, proteins, and vitamins, where cells develop and divide as they do in a growing animal.

"If you harvest half the meat on one day, you will get the same amount the next day," Halevy added.

The Chicken is meant to get people interested and engaged with lab-grown meat. The ultimate goal, according to The Guardian is to distribute the lab-grown chicken to companies that already make and sell patties and nuggets at the grocery store.

If lab-grown meat like Halevy's takes off, The Guardian reports, it could be great news for the planet — scientists have estimated that cultured meat emits just four percent of the greenhouse gases as traditional meat farming.

More on lab-grown meat: This May Be the First Lab-Grown Meat to Actually Hit the Market