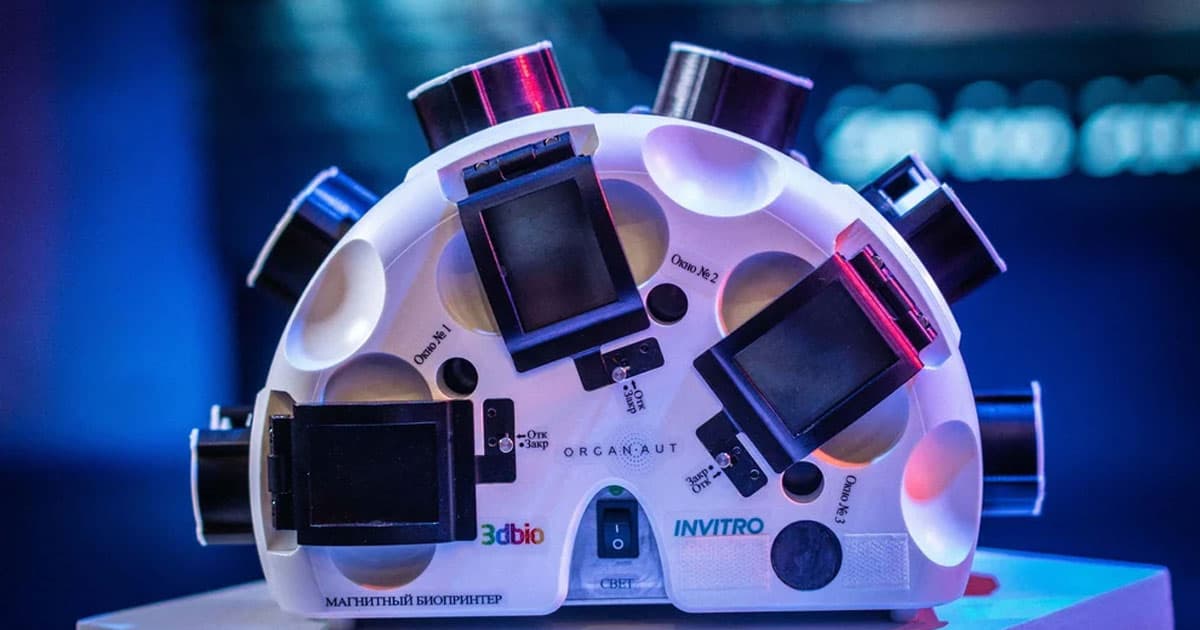 It's been a wild weekend for Russian startup 3D Bioprinting Solutions.

First, the company announced a partnership with fast food chain KFC as part of an effort to create the "world's first laboratory-produced chicken nuggets."

Now, the same company is ready to announce that it's been hard at work bringing similar tech into orbit as well.

In an experiment on board the International Space Station that took place in 2018 but has only now been published, Russian cosmonaut Oleg Kononoenko was tasked to 3D print human cartilage cells in near-zero gravity using a machine called "Bioprinter Organ.Aut," as Space.com reports — a machine assembled by, you guessed it, 3D Bioprinting Solutions.

The goal was to investigate ways to reverse some of the negative effects of spending prolonged periods of time in space, in particular evidence that parts of the human body can atrophy over time — something we've known about for quite some time.

The eventual hope is to give astronauts the ability to print entire body parts in space, according to the researchers — just in case something goes catastrophically wrong during a mission.

A paper about the research was published in the journal Science Advances last week.

Rather than using a bioassembly "scaffold," a structure that acts as a support for tissue, the machine uses magnets to allow cells to float in place, a process the researchers called "magnetic levitational bioassembly."

"Magnetic waves or fields are controlled so we can move the cells where we want them to go [to assemble] them into more complex structures of tissue constructs," Utkan Demirci, co-director of the Canary Center for Cancer Early Detection at Stanford, who invented the process and co-authored the paper, told Space.com.

The Russian startup isn't only looking at printing cartilage in space.

More on the company: KFC Is Working on 3D Printed, Lab-Grown Chicken Nuggets

5.28.20 Developments
When Astronauts Got Sick on an Apollo Mission, It Was a Disaster
3.16.20 Developments
NASA Worried Astronauts Could Spread Coronavirus on Space Station
1.03.20 Treatments
A NASA Astronaut Got a Blood Clot In Space
2.08.23 Developments
Hot Tubs Are Filled With Things Too Horrifying to Mention, Scientists Say
2.07.23 Genetics
Scientist Who Gene Edited Human Babies Says Mistakes Were Made