A NASA Astronaut Got a Blood Clot In Space

"My wife answered and then passed the phone to me with the comment, 'Stephan, a phone call for you from space.'" 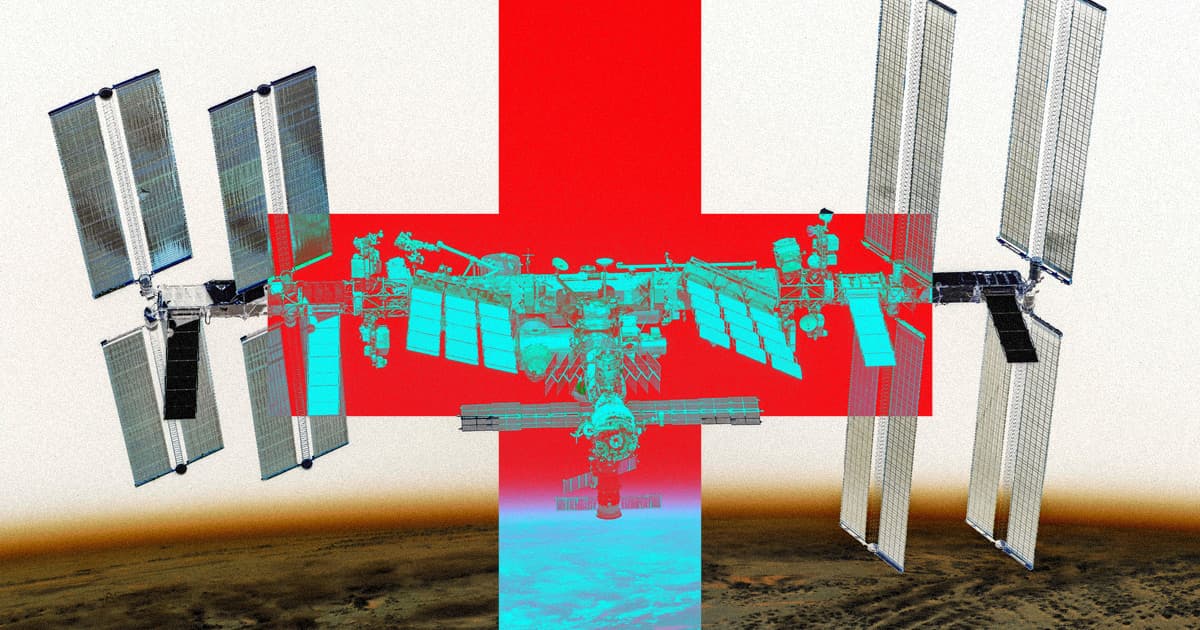 During a long-term mission aboard the International Space Station, a NASA astronaut developed a blood clot in their jugular vein, the space agency has revealed.

With the closest emergency room a Soyuz rocket ride away, NASA had to call up an expert.

"When the astronaut called my home phone, my wife answered and then passed the phone to me with the comment, 'Stephan, a phone call for you from space,'" said Stephan Moll, doctor at the University of North Carolina School of Medicine and blood clot expert, in a statement.

"NASA told me they couldn’t get me up to space quickly enough, so I proceeded with the evaluation and treatment process from here in Chapel Hill," he added.

The identity of the astronaut who developed the clot is being kept anonymous for privacy reasons. All we know is that they were two months into a six month stay aboard the space outpost. A study of the incident was published in The New England Journal of Medicine on Thursday.

"Knowing there are no emergency rooms in space, we had to weigh our options very carefully," Moll said.

The news comes after a November study found that six of 11 healthy astronauts on board the ISS experienced stagnant or reverse blood flow. One was found to have a blood clot and another had a partial clot.

Along with NASA's medical team, Moll decided to treat the clot with blood thinners that were already present on the ISS. The only issue: supplies were dwindling, so they had to space out what was available until the next shipment from Earth.

The astronaut injected the thinners for around 40 days, then switched to a pill that was delivered by a resupply spacecraft. The patient didn't need further treatment once they returned back to Earth.

1.08.23 Studies
A Brief List of Horrifying Things Space Travel Does to the Human Body
9.22.22
NASA Reportedly Concerned That Astronauts Will Get Pregnant in Space
8.30.22
Review: The "Out of This World Cook Book" Chronicles the Early Meals of the Space Age
7.18.22
5 Nintendo Space Games That Are Out of This World
7.18.22 Developments
Emilia Clarke Says She Had "Quite a Bit" of Her Brain Removed