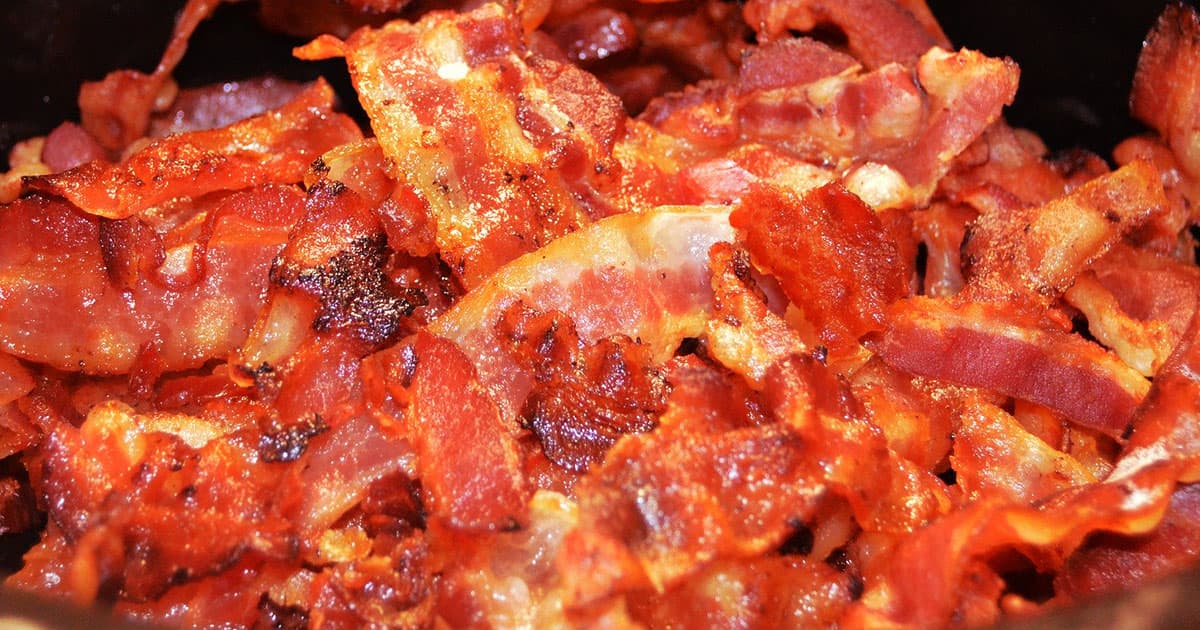 Breakfast will never be the same.

Breakfast will never be the same.

Finally, the world of lab-grown meat has given us an artificial form of bacon.

Higher Steaks, a U.K.-based alternative meat startup, has managed to create both bacon and pork belly from a mixture of lab-grown cells and miscellaneous plant products, proteins, fats, and starches, TechCrunch reports. While many of the alternative meat startups out there have been trying to crack steak, this is the first time anyone's managed to concoct lab-grown bacon.

For now, the company only produced a small sample to prove that it was possible. TechCrunch reports that it's not yet capable of producing the lab-grown food at scale or selling it to customers, which is still a widespread limitation in the fledgling industry — but the company cites a rising demand and diminishing global supply of pork as reason to keep trying.

"The production of the first ever cultivated bacon and pork belly is proof that new techniques can help meet overwhelming demand for pork products globally," CEO Benjamina Bollag told TechCrunch.

Aside from the internet's obsession with bacon, finding a new source of pork is pressing at the moment: TechCrunch reports that a viral outbreak killed up to 40 percent of the pigs in China last year.

"Our mission is to provide meat that is healthy and sustainable without the consumer making any sacrifices on taste," said Bollag.

READ MORE: Our mission is to provide meat that is healthy and sustainable without the consumer making any sacrifices on taste [TechCrunch]

More on alternative meat: Lab-Grown Meat Could Be Worse for the Environment