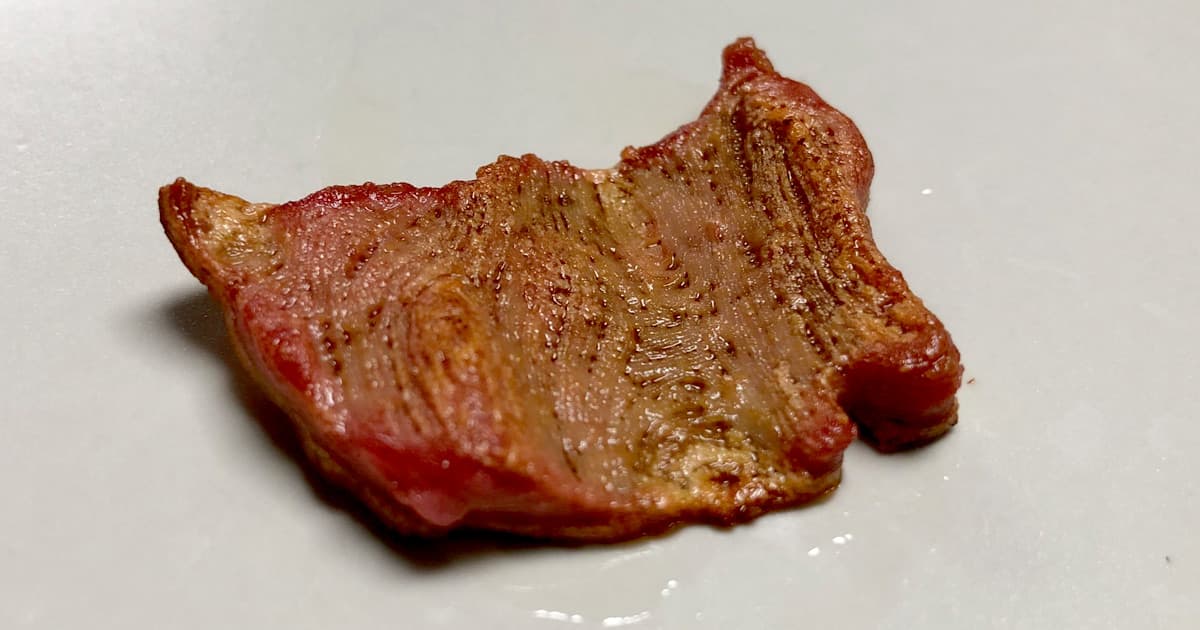 This Meaty-Looking "Steak" Is Made From Peas and Seaweed

Novameat calls it the "most realistic" plant-based steak yet.

Novameat calls it the "most realistic" plant-based steak yet.

A number of startups have already managed to create plant-based alternatives to ground meats like hamburger. Creating a plant-based version of whole cuts of meats, however, has proven far more challenging.

But now, Spanish startup Novameat has unveiled a plant-based steak it says is the "most realistic" yet — and it costs about the same as what you're likely to pay for a traditional cut of beef.

Novameat's Steak 2.0 certainly looks like the steak you'd find at the grocery store, but it's actually made out of a mix that include peas, seaweed, and beetroot juice.

The company used a 3D printer to produce thin fibers out of the ingredients, thereby giving its Steak 2.0 the "meaty" appearance that meat eaters are used to seeing in their steaks.

Novameat may have nailed the look of steak, but founder Giuseppe Scionti told The Guardian that the company still hasn't locked down the taste — though it expects to reach a final formulation within the next few months.

Novameat is working to bring that cost down by scaling up production. If it can do that — and perfect the flavor of Steak 2.0 — it might not be long before fake steak reaches the mainstream, just like the plant-based burgers, nuggets, and meatballs that came before it.

Going Meatless
There's a Huge, Angry Backlash Against Fake Meat
10. 8. 19
Read More
Have It Your Way
Burger King's Impossible Whopper Is Going Nationwide on August 8
8. 1. 19
Read More
CHON: Legacy
James Webb Discovers Coldest Ice in Known Universe, Harboring Molecules Essential For Life
Yesterday
Read More
+Social+Newsletter
TopicsAbout UsContact Us
Copyright ©, Camden Media Inc All Rights Reserved. See our User Agreement, Privacy Policy and Data Use Policy. The material on this site may not be reproduced, distributed, transmitted, cached or otherwise used, except with prior written permission of Futurism. Articles may contain affiliate links which enable us to share in the revenue of any purchases made.
Fonts by Typekit and Monotype.