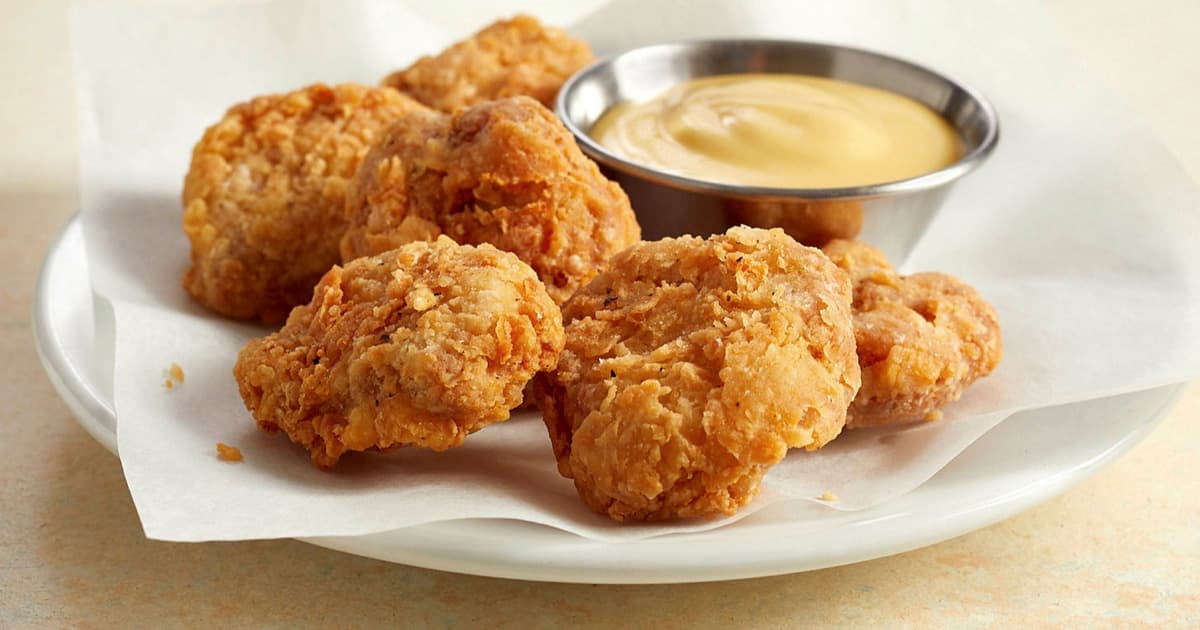 I Can't Believe It's Not Chicken

For the First Time, a Restaurant Is Serving Actual Lab-Grown Meat

A restaurant in Singapore just became the first in the world to serve entrees made of lab-grown meat, as Agence France-Presse reports.

The meat, created by US-based startup Eat Just from chicken cells, was approved for sale in the Southeast Asian city-state earlier this month.

Just announced the first sale of its lab-grown chicken product to 1880, a swank restaurant in Singapore's entertainment center. The product was first served to a "group of inspiring young people committed to building a better planet," as per the press release.

"I'm speechless," an 11-year-old guest said, according to the statement, adding that "it will save a lot of animals' lives and it will be a lot more sustainable."

Unlike plant-based meats — anything from veggie burgers to Beyond Meat — Eat Just’s chicken bites are grown in the form of cells inside bioreactors, where they’re combined with other plant-based ingredients.

As of right now, the meat is still substantially more expensive than the real thing. But the startup is hoping to scale up their production considerably with the goal of having it become cheaper than actual chicken meat in the future.

"We’re going to start out with a single restaurant and then scale out to five, 10, 15 and then eventually into retail," Eat Just CEO Josh Tetrick said in an interview earlier this month, as quoted by CNBC.

More on Eat Just: Lab-Grown Meat Is Officially Going on Sale, for the First Time Ever

Lab Patties
Scientists Cook Comically Tiny Lab-Grown Hamburger
Aug 19
Read More
Companies Are Betting on Lab-Grown Meat, but None Know How to Get You to Eat It
3. 16. 18
Read More
Researchers Unveiled The First Chicken Meat Grown Without Chickens
3. 17. 17
Read More
+Social+Newsletter
TopicsAbout UsContact Us
Copyright ©, Camden Media Inc All Rights Reserved. See our User Agreement, Privacy Policy and Data Use Policy. The material on this site may not be reproduced, distributed, transmitted, cached or otherwise used, except with prior written permission of Futurism. Articles may contain affiliate links which enable us to share in the revenue of any purchases made.
Fonts by Typekit and Monotype.