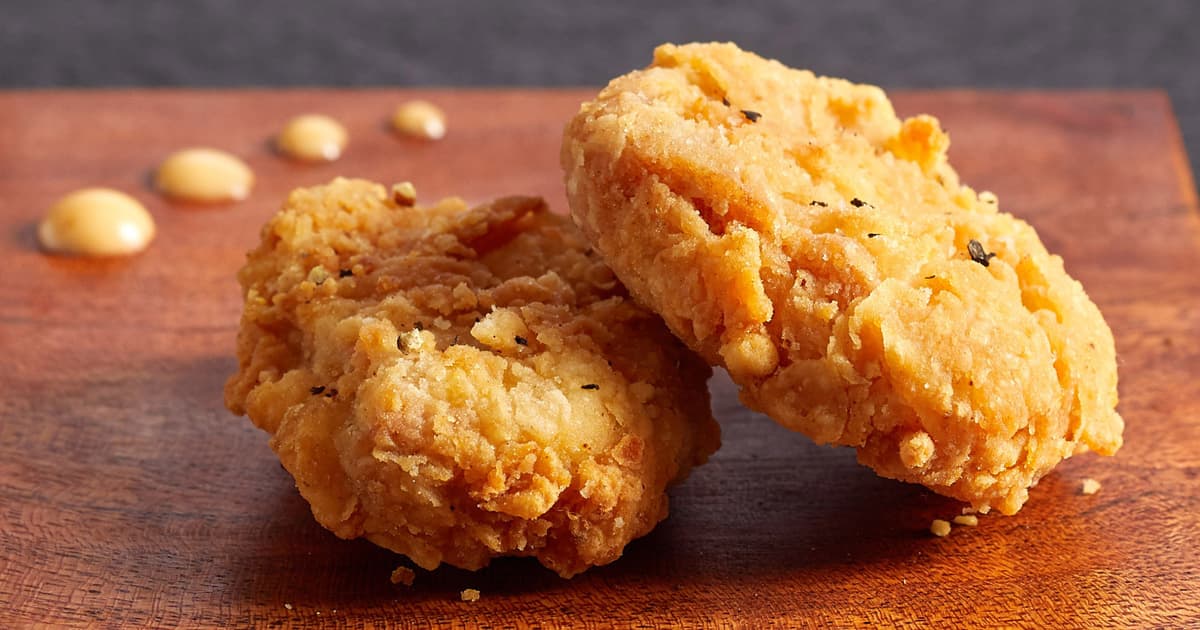 Lab-Grown Meat Is Officially Going on Sale, for the First Time Ever

US-based company Eat Just's lab-grown meat is going for sale in Singapore following regulatory approval, The Guardian reports, marking the first time such a product has been authorized for sale in a yet-unidentified restaurant.

The company is also going through regulatory processes to eventually get their product approved in the United States.

Unlike plant-based meats — your classic veggie burger, for example — Just's "chicken bites" are grown in the form of cells inside massive bioreactors, where they're combined with other plant-based ingredients.

Strikingly, that means Just's bites aren't technically vegetarian. The cells were taken from biopsies of live animals — but didn't require any animals to be slaughtered, either.

While the resulting product will initially be significantly more expensive than actual chicken, the company is hoping production will end up lowering costs to below that of real meat.

"We’re going to start out with a single restaurant and then scale out to five, 10, 15 and then eventually into retail," Eat Just CEO Josh Tetrick said in an interview, as quoted by CNBC. "The infrastructure required to do it is primarily the bioreactors, so we’ll eventually be moving to 5,000, 10,000 and 20,000 liters."

The company is also arguing that cultivating meat in bioreactors could limit the overuse of antibiotics or hormones.

"My hope is this leads to a world in the next handful of years where the majority of meat doesn’t require killing a single animal or tearing down a single tree," Tetrick told The Guardian. Tetrick also admitted that consumers may be difficult to win over.

Lab Wagyu
This Classy Startup Is Working on Lab-Grown Elk, Wagyu Beef
3. 24. 21
Read More
Science Madness
This Week in Science: Sept 29 - Oct 5
10. 5. 18
Read More
Another One Bites the Dust
OpenAI Reportingly Hiring "Army" of Devs to Train AI to Replace Entry-Level Coders
Yesterday
Read More
+Social+Newsletter
TopicsAbout UsContact Us
Copyright ©, Camden Media Inc All Rights Reserved. See our User Agreement, Privacy Policy and Data Use Policy. The material on this site may not be reproduced, distributed, transmitted, cached or otherwise used, except with prior written permission of Futurism. Articles may contain affiliate links which enable us to share in the revenue of any purchases made.
Fonts by Typekit and Monotype.