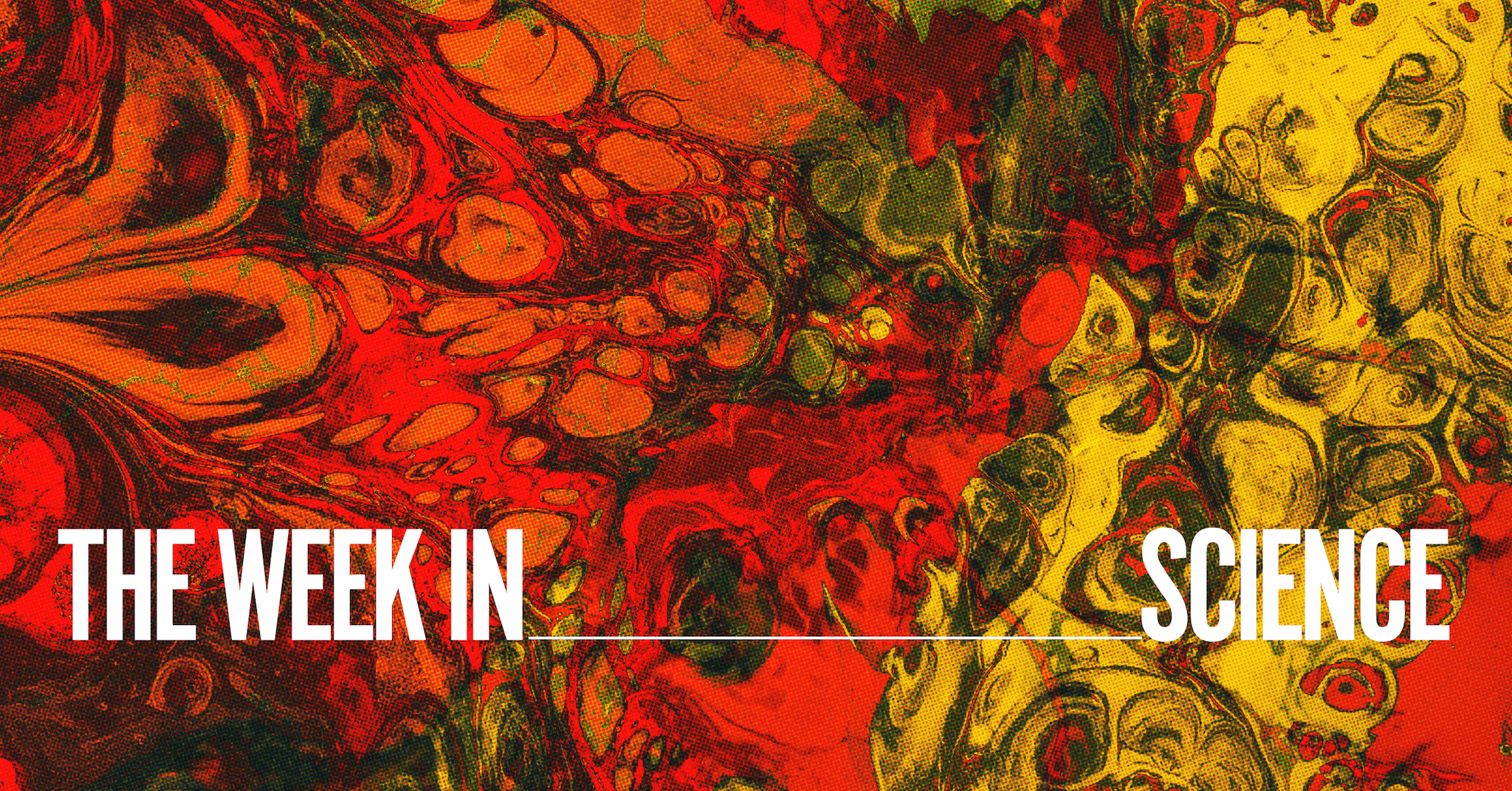 Did you know some of IKEA's biodegradable packaging is made out of mushrooms? No? Well would you eat lab-grown meat out of the stuff? That's what one startup wants to happen.

In case we haven't completely ruined your appetite, get ready for a new fruit to be on your plate: scientists are working to domesticate groundcherries — a sweet fruit that's in the tomato family — using cutting-edge gene-editing techniques.

Read on to find out what else has been captivating minds in science over the last seven days.

NASA Is Looking For New Ways to Detect Alien Technology. Congress is pushing NASA to ramp up the search for "technosignatures" — radio signals or microwaves coming from deep in space.

Scientists Used CRISPR to Domesticate This Delicate Fruit. Scientists are working to domesticate the notoriously-delicate groundcherry in hopes that it becomes the next big cash crop.

A Nonprofit Plans to Store Human Knowledge in DNA and Store It on the Moon. The Arch Foundation plans to encode important books and crowdsourced images into synthetic DNA molecules and store them on the Moon.

Researchers Think They've Discovered the First Moon Outside Our Solar System. Columbia researchers have found new evidence of the first moon outside the solar system by using the Hubble and Kepler space telescopes.

The Stuff in IKEA's Biodegradable Packaging Will Now Make Tasty Lab-Grown Meats. This startup says the same mushroom roots it uses to protect flat-packed tables and chairs could be used to create the next generation of delicious lab-grown meats.

Traveling to Mars Could Cause Life-Threatening Damage to Astronauts' Guts, Says Study. To study the effects of deep space radiation exposure on astronaut health, researchers exposed mice to comparable levels of radiation. In short: the radiation caused substantial damage to their guts.

Read This Next
Tombett Squares
Scientists Think Gregor Mendel Would Be "Happy" That They Dug Up His Body to Study His Genetics
From the Dept. of Things to Buy
Review: The "Out of This World Cook Book" Chronicles the Early Meals of the Space Age
Overloaded
Whiny Space Tourists Say They Were Too Busy on the Space Station
The Moonian
Senior NASA Official Fears Getting "Stuck" on the Moon
Space Sick
Space Is Wreaking Havoc on Astronauts' Blood
More on Sci-Fi Visions
Human v. Giraffe
Tuesday on the byte
Chaotic Italian Fashion Line Baffles Facial Recognition Software
Step One
Tuesday on the byte
World’s Third Richest Person Says He’s Developed "Addiction" to ChatGPT
FROM THE DEPT. OF...
Tuesday on futurism
The Best Places to Buy A Laptop in 2023
READ MORE STORIES ABOUT / Sci-Fi Visions
Keep up.
Subscribe to our daily newsletter to keep in touch with the subjects shaping our future.
+Social+Newsletter
TopicsAbout UsContact Us
Copyright ©, Camden Media Inc All Rights Reserved. See our User Agreement, Privacy Policy and Data Use Policy. The material on this site may not be reproduced, distributed, transmitted, cached or otherwise used, except with prior written permission of Futurism. Articles may contain affiliate links which enable us to share in the revenue of any purchases made.
Fonts by Typekit and Monotype.