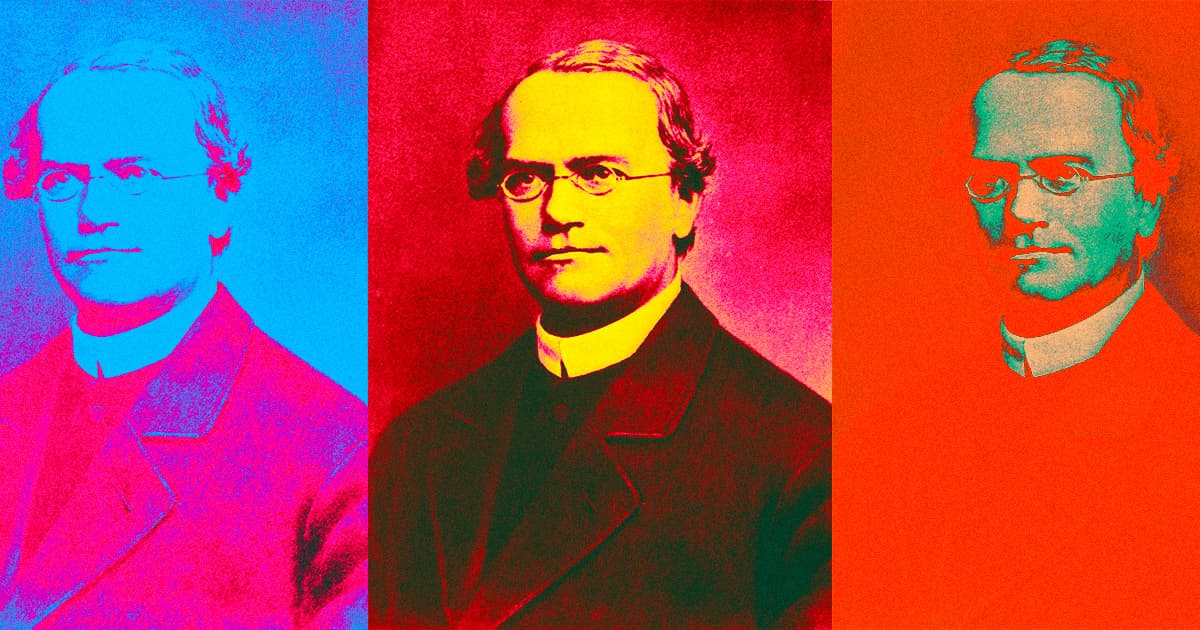 Just before his 200th birthday, scientists exhumed the remains of Gregor Mendel, the father of genetics.

Macabre as it sounds, the scientists involved explained in a new NPR interview that celebrating the bicentennial of Mendel's 1822 birth with exhumation may well have pleased the Czech genetics pioneer.

"We believe that he would be happy," said Šárka Pospíšilová, a geneticist and rector of Masaryk University in Brno, Czech Republic, where Mendel lived and was buried. "We know he was very enthusiastic for all kinds of research... he wasn't against research on his own body."

Pospíšilová isn't alone in her theory, either.

"I tend to think, from what I know about him, that he very well may have been happy about this," Daniel Fairbanks, a plant geneticist who wrote a biography of the friar scientist, told the broadcaster. "But of course we can't directly ask him."

After getting permission from the order of Augustinian monks that Mendel belonged to, scientists in Brno were able to dig up the good friar back in the summer of 2021. After comparing a hair found in his effects to the old bones in his coffin — found at the bottom of a communal grave that held five coffins but only had listed the names of four monks — were able to conclude that they indeed had the right guy.

The scientists learned not only that Mendel had what local news called an "extraordinarily large brain," but that his DNA contained genetic markers for diabetes, kidney disease and heart problems. He also, the report notes, had a gene associated with epilepsy and neurological issues, which seems to track with descriptions of debilitating and lifelong psychological struggles.

"He suffered throughout his life from some sort of a psychological or neurological disorder that caused him to have very severe nervous breakdowns," Fairbanks told NPR. "That may well have been an inherited condition."

Known for his pea plant experiments that paved the way for centuries of future genetics research, Mendel was, as Masaryk molecular biologist Filip Pardy noted, the first person to teach genetics at that same university.

"Everybody feels that he's very important, especially here in Brno," Pardy told NPR. "He's kind of a role model... who stood at the beginning of everything we do."

We've heard of killing your idols, but exhuming them is an interesting twist on the concept.