Companies Are Betting on Lab-Grown Meat, but None Know How to Get You to Eat It 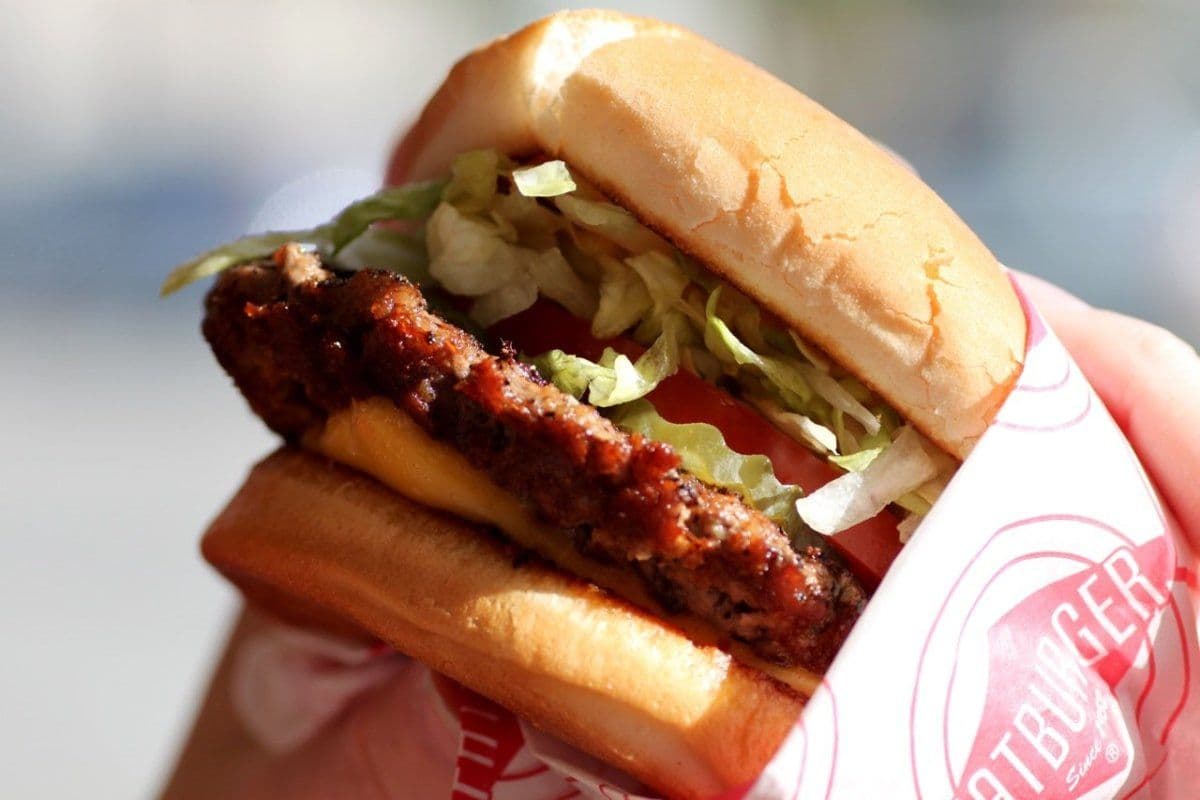 If you're already grossed out, we don't blame you.

Nonetheless, Wild Earth is part of a growing wave of companies betting that lab-grown protein is the future of food. Meat consumption is both environmentally hazardous and ethically a bit, uh, hard to swallow, so there are more people than ever working to find a solution. So many people, in fact, that a future rife with lab-grown meat feels inevitable.

But there's a significant factor that these companies seem to not have considered: the "ick factor." That is, how will companies get people accustomed to this understandably off-putting concept?

"People will get used to clean meat in a hurry if it tastes right, if it smells right," asserts culinary biochemist Ali Bouzari in a video interview with Wired. "If it doesn't, it's gonna be a monumental thing to overcome."

The Uncanny Valley of Food

Think about the last time you bit into something that was way slimier than you expected. Even if it tasted amazing, your brain probably responded with a wave of nausea that made it impossible for you to keep eating.

That reaction is what Bouzari calls the "uncanny valley" of food (yes, our aversion to almost-lifelike robots isn't the only uncanny valley in our strange psyches).

"The uncanny valley of meat, and with food in general, is when you get to something that's a highly sophisticated imitation but not quite there, it forces your brain into a very small window of context," Bouzari explained to Wired. "Where you say, I'm convinced I'm gonna be eating a chicken nugget, this better behave exactly like a chicken nugget in every way, shape, and form, or I'm going to freak out."

That's because evolution has hard-wired our brains to make food seem incredibly repulsive if it might sicken or kill us. As a result, if a food doesn't fit our expectations of what it's supposed to feel or taste like, our brains involuntarily reject it.

Unfortunately, because our brains are so sophisticated, those nits can come not only from our sensory experience of food — they can also come from ideas we have of food. Just as if someone told you that delicious chocolate cupcake you were eating had been made with pig intestine — which for most of us would make it suddenly and irrevocably disgusting, regardless of its flavor before — the idea of lab-grown meat is unnatural enough that just knowing its source could put even the ravenous among us off our dinner.

That's a huge problem for an industry that's already invested billions of dollars into the concept. And with such a barrier, one would think that lab-grown meat companies would have some sort of plan in place to ease people in. Yet few seem to have any idea how they're going to get us to eat the stuff.

Wild Earth, meanwhile, is taking a unique approach. This company believes that overcoming man's innate discomfort with lab-grown proteins starts by feeding it to his best friend.

Wild Earth is making animal-free dog food out of protein that comes from koji, the fungus that Japanese cooks have used for centuries to produce soy sauce, miso, and sake. Fed by just water and sugar, the koji's protein byproducts are strained into a thick paste that can be baked into kibble. According to Neo.Life reporter Grace Rubenstein, the koji kibble tastes "dense, crunchy, and earthy, with a taste like a dark rye cracker."

That kibble will hit the market in June 2018 (with an initial price of over $20 for five pounds, though the company plans to bring the price down).

But more importantly, they want to win customers by showing that Fido is in better shape because he's gone veggie. Wild Earth's founders hope to eventually prove that its meat-free canine consumers will have lower rates of cardiovascular disease and cancer.

After that, the next step will be cultivating lab-grown mouse meat to make into cat food — and, Wild Earth's founders say, getting people accustomed to the concept as they watch their pets lap it up happily: the "Trojan horse to introduce lab-grown meat for humans," as Rubenstein wrote.

Wild Earth's premise seems to ride on the idea that just by being around lab-grown pet food, watching it benefit their pets (or perhaps sneaking a taste themselves) humans will be willing to make the jump to eating lab grown meat themselves. But beyond that, this "Trojan horse" idea isn't really clear.

Though they've apparently heard from lots of people who don't think that's a great idea, Wild Earth founder Ryan Bethencourt told Neo.Life that this is a great first step simply because it's possible now.

“I won’t say who, but pretty much everyone says, ‘Don’t do it,’” Benthencourt said. “I hear where everyone is coming from, but this is something we can do, and it’s going to be transformative. The sooner we get there the better.”

Editor's Note 3/19/18 9:50 AM: A previous version of this piece indicated that Wild Earth is affiliated with IndieBio. They are not, in fact, affiliated. The piece has been updated accordingly. We regret the error.

Read This Next
Plant Pig
40 Percent of American Children Think Hot Dogs Are Vegetables
Futurism
Hacking a Cow's Gut Bacteria Could Make More Meat, Less Pollution
Futurism
Researchers Unveiled The First Chicken Meat Grown Without Chickens
More on Earth & Energy
Crude
4:30 PM on futurism
Researchers Still Finding Residue From Massive 2010 BP Oil Spill
Dried Up
Yesterday on the byte
Rangers Keep Discovering Human Remains in Drying Up Lake
Disease Dilemma
Yesterday on futurism
Study: Climate Change Making More Than Half of Infectious Diseases Far Worse
READ MORE STORIES ABOUT / Earth & Energy
Keep up.
Subscribe to our daily newsletter to keep in touch with the subjects shaping our future.
+Social+Newsletter
TopicsAbout UsContact Us
Copyright ©, Camden Media Inc All Rights Reserved. See our User Agreement, Privacy Policy and Data Use Policy. The material on this site may not be reproduced, distributed, transmitted, cached or otherwise used, except with prior written permission of Futurism. Fonts by Typekit and Monotype.