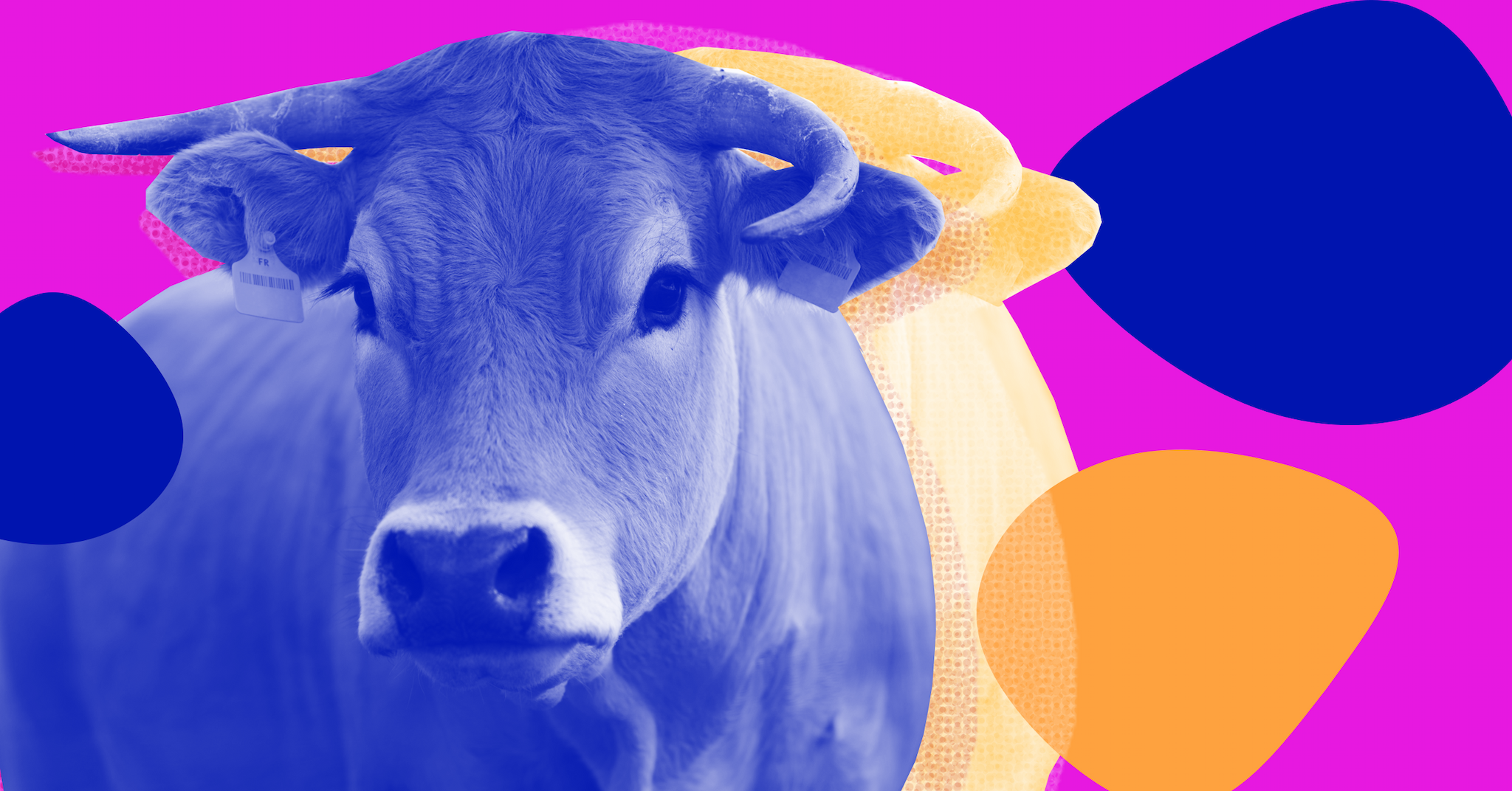 Humans are not unique for our often-lauded gut microbes; different species host a dizzying variety of microscopic organisms that are an integral part of digestion. In cows, gut bacteria are critical to their ability to process a high-fiber diet — yet these same bacteria also produce methane, a potent greenhouse gas. However, scientists now think that it's possible to alter cow microbiomes so that the animals produce more meat, and perhaps even less methane through their burps and farts.

Tweaking cow microbiomes to make more meat on less food could make the meat industry more efficient and more profitable. Given that methane has roughly 25 times the heat trapping ability of carbon dioxide, reducing cows' methane production could also have a serious impact on the environment.

It's not that simple, however, to alter an animal's microbiome. As we have found in trying to alter our own gut bacteria, to make specific changes, you have to first understand what microbes already exist in the gut, how they're interacting, and what roles they play. This is an enormously difficult process, especially given that microbiomes will vary between individuals.

To take on these challenges, Mick Watson, an animal scientist at the University of Edinburgh, and his team studied the gut bacteria of 43 Scottish cows through their digested food samples. The teamthen sequenced the genomes of the organisms they found, uncovering the important roles each bacterial species plays. Their research found the expected archaea microbes that make methane; yet through DNA sequencing, they also discovered a host of new digestive enzymes.

The researchers published their findings in the journal Nature Communications.

The cow's gut, or largest stomach compartment, is known as the rumen. As Kristi Cammack, director of the West River Agricultural Center at South Dakota State University, told NPR: "a lot of times, in animal science, we say we don't really feed the cow, we feed the rumen microbes." Watson and his team hope to one day use their improved understanding of the cow gut microbiome to introduce "the right bug, for the right diet, for the right animal."

This is not the first attempt to make cows produce less methane, but previous attempts have not tried to do so by altering the microbiome. However, microbes exist in their environment for a reason. If certain bacteria are taken out or multiplied within a microbiome, this could seriously affect other species living there. These microbial communities live in a delicate balance, and disturbing it could have notable and unexpected consequences for their animal host.

Read This Next
Plant Pig
40 Percent of American Children Think Hot Dogs Are Vegetables
Pig Heaven
Assault Rifles Won't Solve Your Feral Hog Problem, Say Scientists
Super Old Vintage
Wine Grapes Haven’t Changed Much Genetically Since Ancient Rome
Futurism
New Satellite Could Help Rat Out Methane Polluters
Futurism
Companies Are Betting on Lab-Grown Meat, but None Know How to Get You to Eat It
More on Earth & Energy
The Brunt of It
Yesterday on the byte
Iceberg Twice the Size of New York City Breaks Off Antarctica
Doomscrolling
Tuesday on the byte
Scientists Say We're Closer to Nuclear Armageddon Than Any Other Point in History
Putting a Spin on It
Tuesday on the byte
Earth's Core Appears to Have Stopped Spinning, Scientists Say
READ MORE STORIES ABOUT / Earth & Energy
Keep up.
Subscribe to our daily newsletter to keep in touch with the subjects shaping our future.
+Social+Newsletter
TopicsAbout UsContact Us
Copyright ©, Camden Media Inc All Rights Reserved. See our User Agreement, Privacy Policy and Data Use Policy. The material on this site may not be reproduced, distributed, transmitted, cached or otherwise used, except with prior written permission of Futurism. Articles may contain affiliate links which enable us to share in the revenue of any purchases made.
Fonts by Typekit and Monotype.