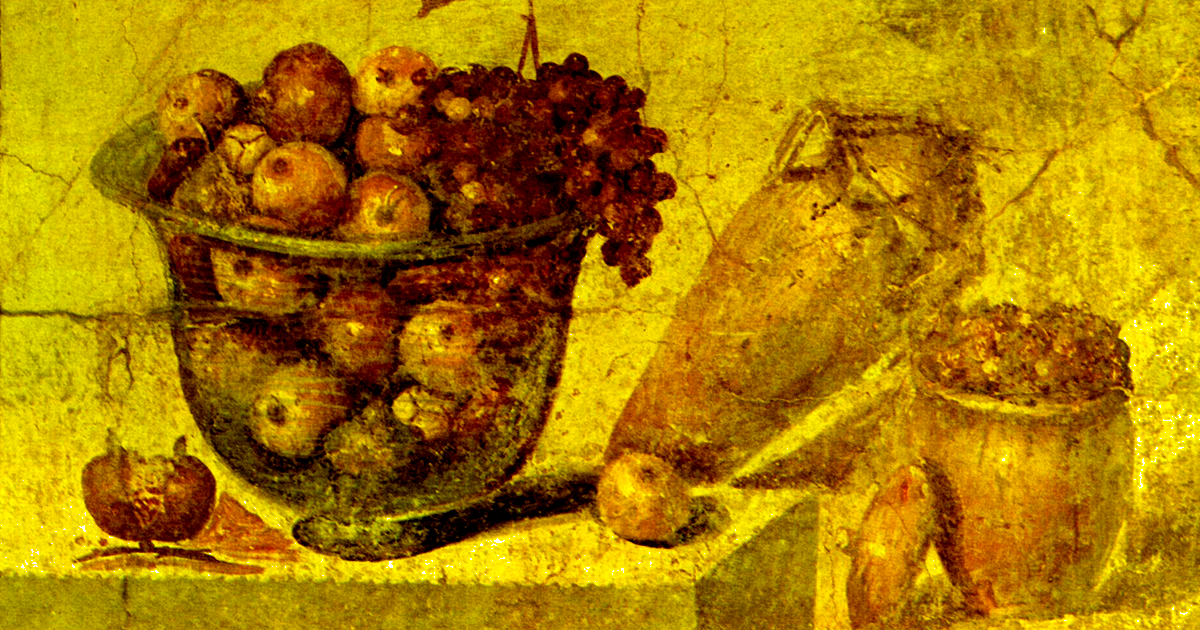 Caesar himself may have sipped the same pinot noir you enjoy on the regular.

Well, not exactly, but in the ancient and traditional art of winemaking, very little changes. And now the idea of timelessness in wine has been taken one step further thanks to a new report which found, on a genetic level, that some grape varieties used in modern winemaking haven't changed from ones used hundreds or thousands of years ago.

The research, published Monday in the journal Nature Plants, found that 28 archaeological grape seeds dating to the Iron Age, Roman era and medieval period are closely related to grapes used in modern winemaking today. Some modern grapes were even identical to 900-year-old grape seeds.

Until now, no one was sure how we arrived to modern day varietals from ancient wine grapes. The new research suggests that the path between the two may be fairly linear. Some modern grapes varieties are so closely related to ancient samples you might even call them genetic siblings, just one or two generations apart. One, the savagnin blanc grape — not to be confused with sauvignon blanc — hasn't changed genetically in 900 years.

The reason lies in the way winemakers have cultivated grapes for centuries. In nature, grapes change genetically over time thanks to natural selection, but things are different with domesticated grapes. Once a grape has been bred to produce a specific wine, vintners want to prevent changes as much as possible.

Instead of letting plants reproduce naturally, vintners manipulate a process called "vegetative propagation" by either grafting dormant grape buds onto an existing root structure, or replanting a vine shoot that is genetically identical to its "parent" plant. Repeat this process over hundreds of years and you end up with grapes that have barely changed genetically.

But the same focus on preventing change to grapes could be putting them at risk.

"[These grapevines have] been around for hundreds and hundreds of years, but everything around [them] has continued to change," Zoë Migicovsky, a postdoctoral researcher at Dalhousie University in Canada, told NPR.

As our planet and society has changed domestic grape vines have not, exposing them to new diseases and new threats from shifting climate patterns they aren't genetically equipped to handle. The more similar grape vines are the more at risk they are.

"If these varietals are genetically identical all over the world... it means they're all susceptible to the same pests and diseases as well," Migicovsky says. In other words, if all the grape vines are genetically similar, they could easily all be lost to one threat, much like bananas.

The good news is there's time to change. Keeping the grape industry healthy may mean consumers and growers must set aside the chardonnays and zinfandels we're all familiar with in favor of newer, hardier varietals. It's also possible that by departing from familiar tastes consumers may find a new wine they enjoy more.

Either way, a future full of healthy grapevines is something we all could toast to.

READ MORE: We Drink Basically The Same Wine As Ancient Romans — And That's Not So Great [NPR]

More on the Future of Grapes: Scientists Are Trying to Figure out How to Grow Grapes on Mars

Read This Next
Hey Bill
Bill Gates Funded the Company Releasing Gene-Hacked Mosquitoes
Pig Heaven
Assault Rifles Won't Solve Your Feral Hog Problem, Say Scientists
Futurism
Hacking a Cow's Gut Bacteria Could Make More Meat, Less Pollution
Futurism
By Tweaking a Single Gene, Scientists Trick Plants Into Being More Water-Efficient
Futurism
European Union Likely to Ban Common Insecticides to Save the Bees
More on Earth & Energy
Stem Ware
Yesterday on the byte
Scientists Discover World's Oldest Preserved Vertebrate Brain
From Bad to Worse
Thursday on the byte
Global Warming Is Worse Than We Thought, AI Tells Scientists
RIP Fred
Thursday on the byte
Instead of Predicting Length of Winter, Groundhog Simply Dies
READ MORE STORIES ABOUT / Earth & Energy
Keep up.
Subscribe to our daily newsletter to keep in touch with the subjects shaping our future.
+Social+Newsletter
TopicsAbout UsContact Us
Copyright ©, Camden Media Inc All Rights Reserved. See our User Agreement, Privacy Policy and Data Use Policy. The material on this site may not be reproduced, distributed, transmitted, cached or otherwise used, except with prior written permission of Futurism. Articles may contain affiliate links which enable us to share in the revenue of any purchases made.
Fonts by Typekit and Monotype.