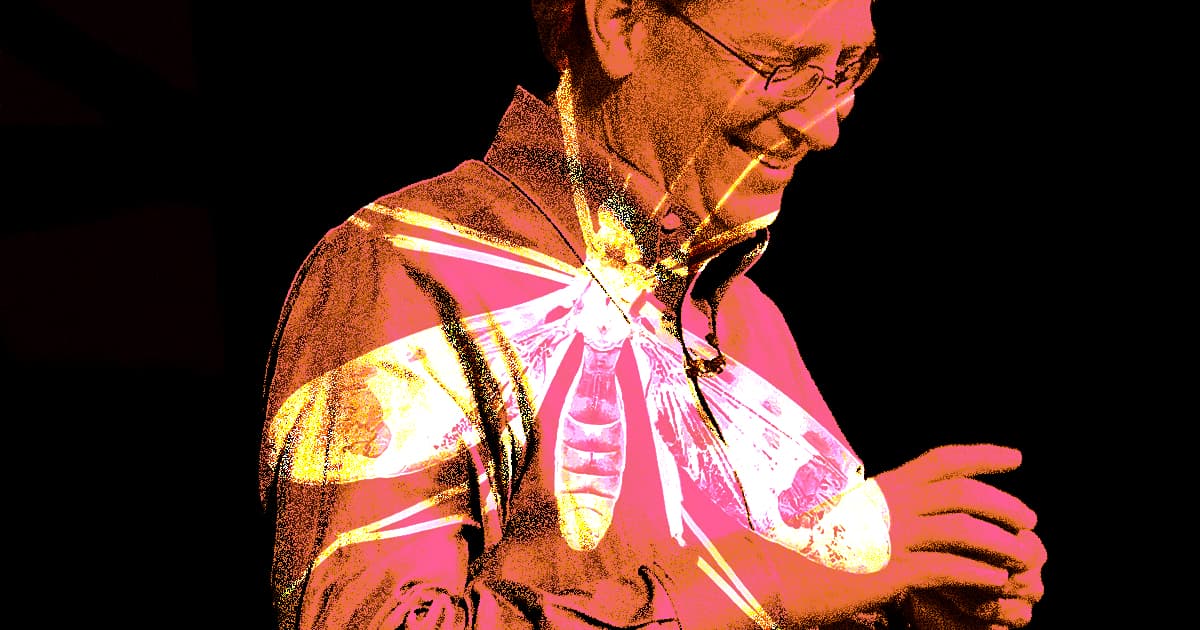 The British biotech company Oxitec is moving ahead with its controversial plan to release hundreds of millions of gene-hacked mosquitoes, an experimental new form of targeted pest control, in the Florida Keys.

The goal is essentially to introduce a new genetically altered version of the Aedes aegypti mosquito — which can spread diseases like dengue and malaria — that can only hatch male, non-biting offspring, in order to gradually reduce the population.

A connection that has gone mostly unremarked during the experiment's rollout is the involvement of Microsoft co-founder and public health philanthropist Bill Gates in the funding of the company, confirmed by Oxitec back in 2018, through the Bill & Melinda Gates Foundation.

We've reached out to both Oxitec and the Gates Foundation for clarification about the relationship.

Gates' involvement complicates the already much-criticized initiative. On the one hand, the experiment could lead to an extraordinary way to control disease, potentially saving hundreds of thousands of lives per year. But critics say it could fail, backfire, or open up the doors to more troubling applications of the technology. And the idea that one of the world's wealthiest people can help push through gene-editing experiments that are unleashed on the open ecosystem is, to say the least, a touchy subject.

Eradicating malaria has long been high on the list of Gates' priorities. His philanthropic investment foundation has been pouring money into various fields like malaria vaccine research for years, and he's been pushing for the idea of using genetically modified mosquitoes to eliminate the disease since 2016. That's just one year after Oxitec finished its first mass mosquito release in Brazil.

"Genetically-modified mosquitoes are showing promise in controlling other vector-borne diseases, so we look forward to exploring their use alongside complementary interventions for malaria," Gates Foundation malaria director Philip Welkhoff said in a press release at the time.

Let's be clear. Gates has often been a magnet for totally unsubstantiated conspiracy theories, when in reality he's contributed billions to worthy causes during his second act as a philanthropist. But he's also sometimes been criticized for making poor public health calls, as when he recently argued that the US shouldn't share COVID-19 vaccine formulas with poorer countries. In this case of Florida, some aspects of the gene-edited mosquito release seem rushed, poorly communicated, and badly received by local residents.

As Futurism previously reported, the mosquito release in Florida is fiercely opposed by a significant portion of the local community, as well as outside activists and experts — though many say that with better controls and more advance research, they'd be more open to the trial in their community.

But for now, critics say there are scientific flaws with Oxitec's plan for the Florida release and insufficient safety testing. There's no independently-vetted evidence that the mosquitoes will actually reduce disease transmission in Florida or that they won't cause new problems of their own in the environment. Many in the community say they feel the experiment is being forced on them with no way to opt out other than packing up and leaving the area.

"I find this criminal, that we are being bullied into this experiment," said one resident at a recent town council meeting. "I find it criminal that we are being subjected to this terrorism by our own Florida Keys Mosquito Control Board."

Read This Next
Climate Connection
Bill Gates Attempts to Explain Why He Bought More Farmland Than Anyone Else in America
We Can All Agree, Mosquitoes Are the Worst
Florida Is Releasing Almost a Billion Gene-Hacked Mosquitoes
Super Old Vintage
Wine Grapes Haven’t Changed Much Genetically Since Ancient Rome
Running Interference
China Tariffs Blocked Bill Gates' Plan for Safe Nuclear Power
Futurism
Another Victim of Climate Change: Ubiquitous Canola Oil
More on Earth & Energy
Cow Chow
Yesterday on the byte
Bill Gates Gives $12 Million to Flatulent Australian Cows
Dye in the Water
Yesterday on the byte
Scientists Dye Chunks of Ocean Water Pink for Head-Turning Coastal Experiment
Face/On
Yesterday on the byte
Scientists Found a Dinosaur's Face, Complete With Its Skin
READ MORE STORIES ABOUT / Earth & Energy
Keep up.
Subscribe to our daily newsletter to keep in touch with the subjects shaping our future.
+Social+Newsletter
TopicsAbout UsContact Us
Copyright ©, Camden Media Inc All Rights Reserved. See our User Agreement, Privacy Policy and Data Use Policy. The material on this site may not be reproduced, distributed, transmitted, cached or otherwise used, except with prior written permission of Futurism. Articles may contain affiliate links which enable us to share in the revenue of any purchases made.
Fonts by Typekit and Monotype.