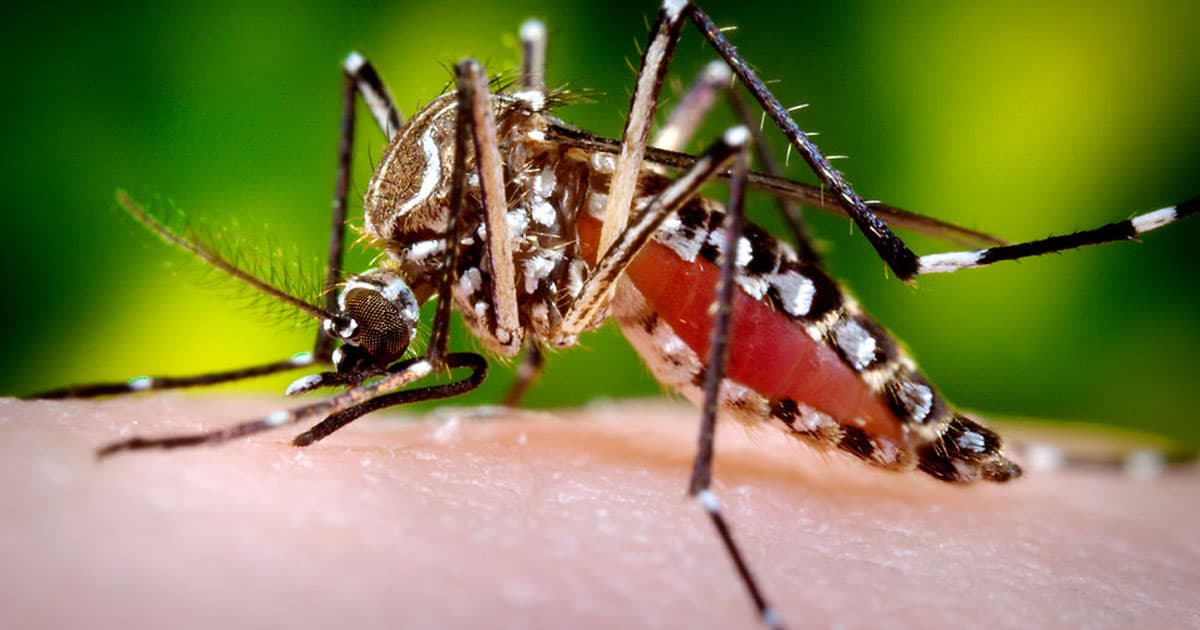 Local authorities in the Florida Keys just approved a plan for biotech company Oxitec to release more than 750 million genetically modified mosquitoes over the next two years, CNN reports.

The Environment Protection Agency approved the pilot project back in May after a years long approval process. The goal is to use mosquitoes that have had their genes altered so that female offspring die in the larval stage, meaning that populations could die off rapidly.

The target, the Aedes aegypti mosquito, can carry deadly diseases including the Zika virus, dengue, and yellow fever. But environmental rights activists are condemning the plans, raising concerns that the engineered mosquitoes could disrupt and harm nearby ecosystems.

"With all the urgent crises facing our nation and the State of Florida — the Covid-19 pandemic, racial injustice, climate change — the administration has used tax dollars and government resources for a Jurassic Park experiment," said Jaydee Hanson, policy director at the Center for Food Safety, a nonprofit advocacy group, in a Wednesday statement.

"Their evasive answers and lack of management skills are an indictment of their unprofessionalism and arrogance which speaks loudly of an unprepared regulatory process," Ed Russo, president of the Florida Keys Environmental Coalition, added.

An eight-year-old Change.org petition has received over 230,000 signatures — many of which were added very recently in response to the upcoming release — calling for the EPA to say no to Oxitec.

Oxitec, the company behind the plan, shrugged off any possible negative effects after years of investigation by the EPA.

"This is an exciting development because it represents the ground-breaking work of hundreds of passionate people over more than a decade in multiple countries, all of whom want to protect communities from dengue, Zika, yellow fever, and other vector-borne diseases," Oxitec CEO Grey Frandsen said in a May statement.

Previous trials using the mosquito have shown success in killing off populations, reducing as many as 95 percent of them during a trial in a Brazilian city.

But 18 months later the population bounced right back up, as New Atlas reported last year. Even worse, the new genetic hybrids turned out to be even more resilient to future population control attempts, according to a paper. Oxitec refuted these conclusions and the paper now has an editor's note, reading "that the conclusions of this paper are subject to criticisms that are being considered by editors."

With or without genetic modification, controlling the mosquito population is challenging. The more common alternative, spraying insecticides, has shown to have its own environmental impact and high costs. It also hasn't been all that effective in curbing mosquitoes, according to CNN.

More on mosquitoes: Gene-Hacking Mosquitoes to Be Infertile Backfired Spectacularly

Read This Next
Hey Bill
Bill Gates Funded the Company Releasing Gene-Hacked Mosquitoes
More on Earth & Energy
That Sssssucks
Yesterday on the byte
Unfortunate Snake Causes Power Outage for 10,000 Homes
Fashion Week
Jul 2 on the byte
Scientists Discover Horrifying Crab That's Covered in "Hair"
Fire Bird
Jul 1 on the byte
Experts Say Birds Are Catching on Fire on Power Lines and Starting Wildfires
READ MORE STORIES ABOUT / Earth & Energy
Keep up.
Subscribe to our daily newsletter to keep in touch with the subjects shaping our future.
+Social+Newsletter
TopicsAbout UsContact Us
Copyright ©, Camden Media Inc All Rights Reserved. See our User Agreement, Privacy Policy and Data Use Policy. The material on this site may not be reproduced, distributed, transmitted, cached or otherwise used, except with prior written permission of Futurism. Fonts by Typekit and Monotype.