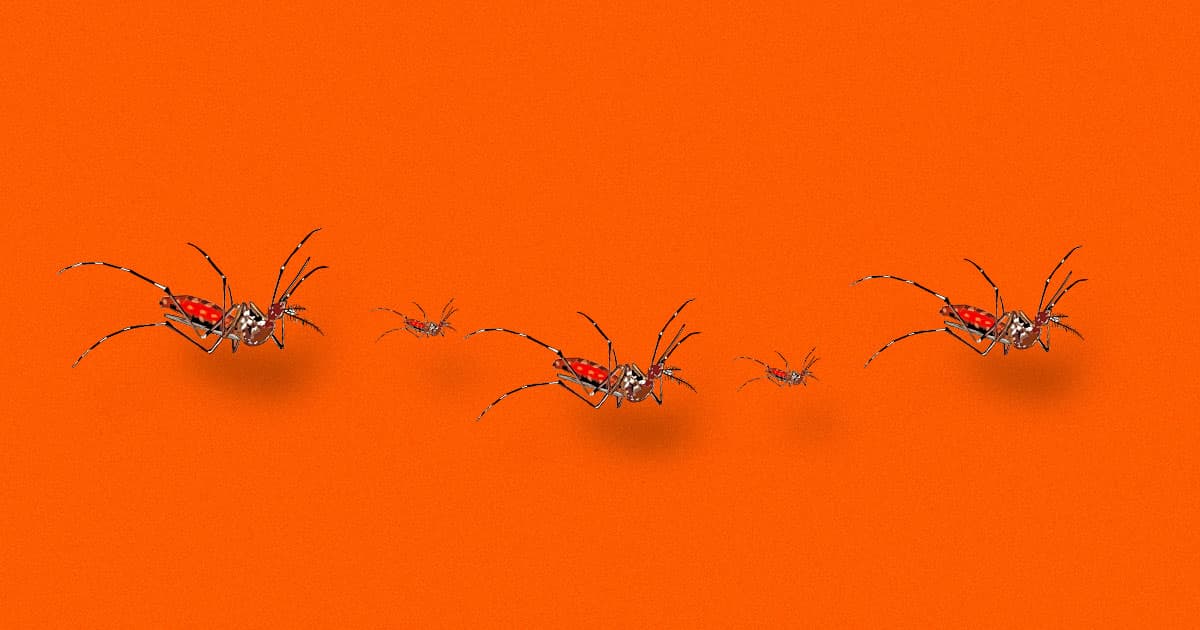 On its surface, the plan was simple: gene-hack mosquitoes so their offspring immediately die, mix them with disease-spreading bugs in the wild, and watch the population drop off. Unfortunately, that didn't quite pan out.

The genetically-altered mosquitoes did mix with the wild population, and for a brief period the number of mosquitoes in Jacobino, Brazil did plummet, according to research published in Nature Scientific Reports last week. But 18 months later the population bounced right back up, New Atlas reports — and even worse, the new genetic hybrids may be even more resilient to future attempts to quell their numbers.

Mosquitoes capable of transmitting dangerous diseases like Zika, dengue, and malaria are spreading farther than ever, thanks to global climate change. To combat them, scientists have sometimes tried to alter the bugs' genetics so that they couldn't reproduce.

"The claim was that genes from the release strain would not get into the general population because offspring would die," Yale researcher Jeffrey Powell, one of the researchers behind the new paper, told New Atlas. "That obviously was not what happened."

In Brazil, the wild mosquitoes mated with the gene-hacked population and created a new sort of genetic hybrid that's more robust than the wild bugs were. While the new variant isn't inherently dangerous — or at least not additionally so — the scientists behind the project say they don't fully understand how things will change for future generations.

"It is the unanticipated outcome that is concerning," Powell told New Atlas.

There They Go
Biotech Company Officially Unleashes Gene-Hacked Mosquitoes in Florida
5. 5. 21
Read More
Gene-Hacked Blood Suckers
Residents Furious at Release of 500 Million Gene-Hacked Mosquitoes
4. 26. 21
Read More
Greater Good
China Isn’t Afraid to Be the "Bad Guy" of CRISPR Research
7. 31. 19
Read More
+Social+Newsletter
TopicsAbout UsContact Us
Copyright ©, Camden Media Inc All Rights Reserved. See our User Agreement, Privacy Policy and Data Use Policy. The material on this site may not be reproduced, distributed, transmitted, cached or otherwise used, except with prior written permission of Futurism. Articles may contain affiliate links which enable us to share in the revenue of any purchases made.
Fonts by Typekit and Monotype.