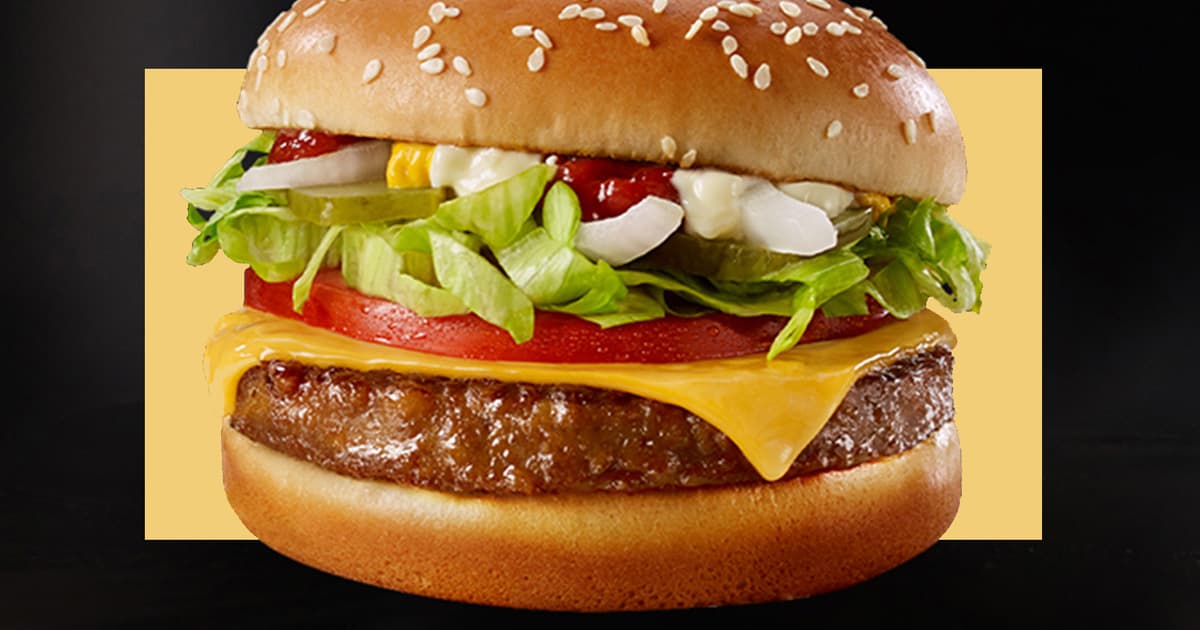 Get ready for McPlant. No, seriously, that's what they're calling it.

Get ready for McPlant. No, seriously, that's what they're calling it.

Fast food chain McDonald's is making a huge push into plant-based foods with a "platform" it's calling McPlant. New menu items based on it, including a sandwich, will be made available next year, according to USA Today.

"McPlant is crafted exclusively for McDonald’s, by McDonald’s," Ian Borden, McDonald's international president, said during a Monday meeting with investors. "In the future, McPlant could extend across a line of plant-based products including burgers, chicken-substitutes and breakfast sandwiches."

"Markets can adopt the McPlant when they’re ready and we expect some to test the burger next year," reads a press release.

While many restaurant chains have added plant-based protein options to their menus over the past few years, the sheer scale of the McDonald's operation could greatly accelerate the trend.

McDonald's started testing a vegetarian patty made by Beyond Meat, an LA-based plant-based meat producer, at select Canadian restaurants in September 2019. However, share price of Beyond Meat dipped as a result of today's news that McDonald's is bringing the initiative in-house.

More on plant-based meat: This Meaty-Looking “Steak” Is Made From Peas and Seaweed

Rubber Chicken
KFC's Fake Chicken Isn't Quite as Disgusting as Everybody's Saying
1. 13. 22
Read More
Fake Meat
McDonald's Exec: "We're Keeping Our Eye" on Meatless Burgers
12. 16. 18
Read More
Dishonorable Discharge
Scientists Alarmed by Video of Deep Sea Mining Company Spewing Waste Into Ocean
Yesterday
Read More
+Social+Newsletter
TopicsAbout UsContact Us
Copyright ©, Camden Media Inc All Rights Reserved. See our User Agreement, Privacy Policy and Data Use Policy. The material on this site may not be reproduced, distributed, transmitted, cached or otherwise used, except with prior written permission of Futurism. Articles may contain affiliate links which enable us to share in the revenue of any purchases made.
Fonts by Typekit and Monotype.