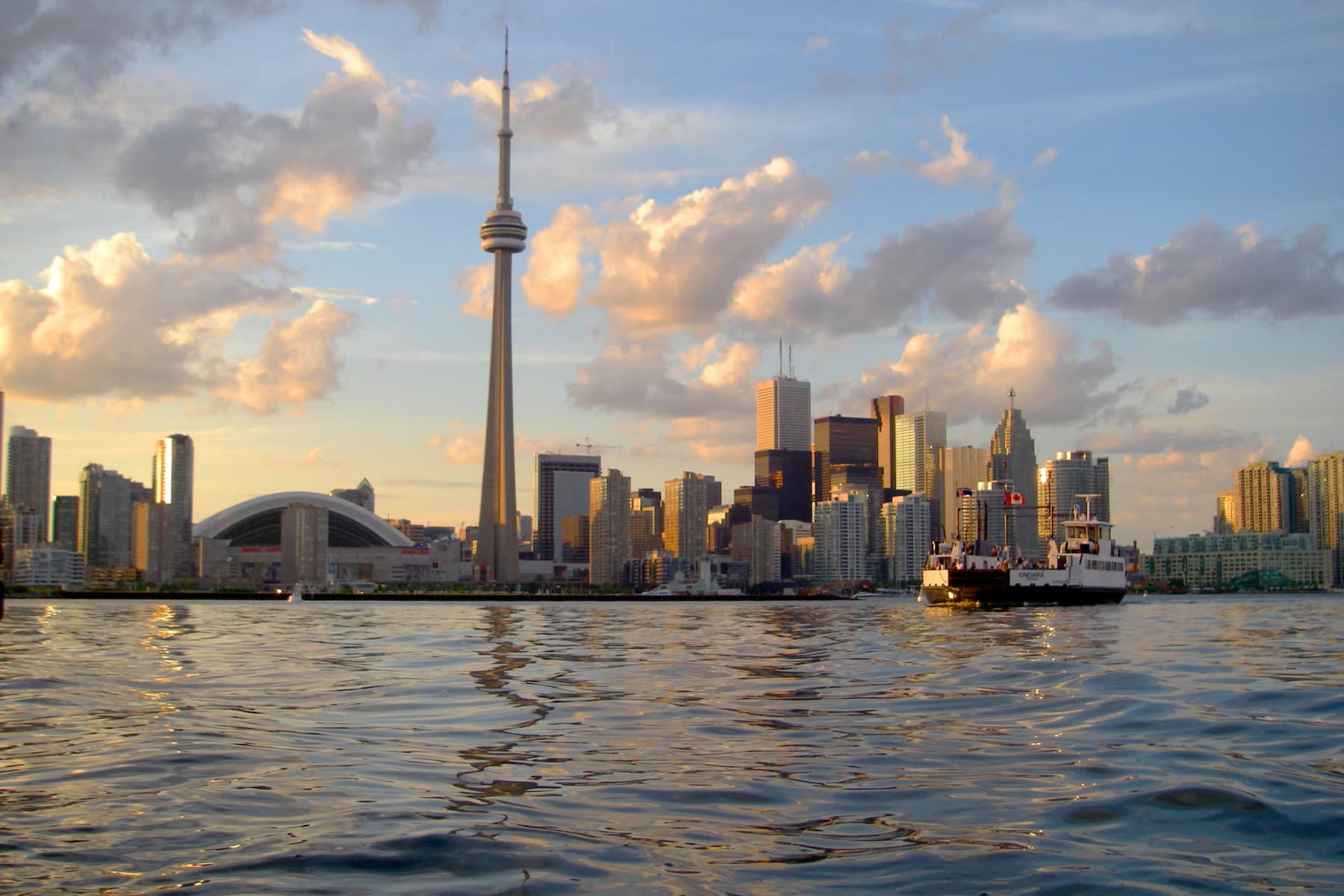 Three kilometres off the south shore of Toronto Island, and underneath 55 metres of water, a series of balloon-like structures filled with compressed air are pumping electricity into Toronto’s energy grid. Designed to store energy during off-peak times, when there is little demand and electricity is cheapest, the system can then pump energy back into the grid during peak hours. The system can also be paired with wind or solar power devices to store energy accumulated on days with high winds or clear skies. Such functionality will help to offset potential production downtimes.

“This event marks an important milestone for our company and we’re thrilled to have the world’s first underwater compressed air energy storage system in service,” Hydrostor CEO Curtis VanWalleghem said in a press release. “We’re now focused on commercializing this technology globally to bring our green energy storage solution to countries around the world.”

Developed over five years, Hydrostor’s system adapted technologies already in use include the trademark “balloons,” known as accumulators, which are made of the same material used to raise shipwrecks from the bottom of oceans.

Here's how it works: To store electricity, electrical energy is converted into compressed air using an advanced compression system. The air is sent through a three-kilometre pipeline and stored in the lakebed balloons. To reduce the amount of energy loss, a series of heat exchangers are used to store as much heat as possible created through the compression process. When Toronto’s energy grid requires more electricity, the charged underwater balloon battery can discharge electricity by using the natural pressure of the lake water to push compressed air back through the pipe, where it powers a turbine.

Officially launched on Nov. 18, the company’s demonstration project has a capacity of 660 kilowatt hours, enough to power 330 homes. The technology produces no emissions and is readily scalable, meaning larger versions of the system can be made. And unlike traditional large-scale battery storage options, the underwater balloon system does not use dangerous toxic substances.

“It's less than half the cost of the best batteries available for the grid and lasts twice as long,” VanWalleghem said. “That’s a step-change improvement in storage economics.”

Hydrostor is setting its sights on the global market having bagged a contract with a utility company in Aruba to build a larger facility. It is looking to build systems for other island nations which require close-to-shore renewable energy projects.

Read This Next
FROM THE DEPT. OF THINGS TO BUY
Byte-Sized Review: Acer Aspire Vero is One Seriously Sustainable Laptop
From the Dept. of Things to Buy
Good Buys: Tentree’s InMotion Leggings Prove Sustainability Looks and Feels Great
From the Dept. of Buying Things
Good Buys: Black+Decker’s Reviva, a Sustainable Approach to Power Tools
From the Dept. of Buying Things
Best Indoor Garden Systems of 2023
FROM THE DEPT. OF THINGS TO BUY
Save Big on Stasher Reusable Food Storage This Amazon Prime Day
More on Robots & Machines
From the Dept. of...
12:00 AM on futurism
The Best Exercise Bikes of 2023
It's Nothing Pers...
Yesterday on the byte
Scientists Create Shape-Shifting Robot That Can Melt Through Prison Bars
From the Dept. of...
Yesterday on futurism
The Best Smart Lights of 2023
READ MORE STORIES ABOUT / Robots & Machines
Keep up.
Subscribe to our daily newsletter to keep in touch with the subjects shaping our future.
+Social+Newsletter
TopicsAbout UsContact Us
Copyright ©, Camden Media Inc All Rights Reserved. See our User Agreement, Privacy Policy and Data Use Policy. The material on this site may not be reproduced, distributed, transmitted, cached or otherwise used, except with prior written permission of Futurism. Articles may contain affiliate links which enable us to share in the revenue of any purchases made.
Fonts by Typekit and Monotype.