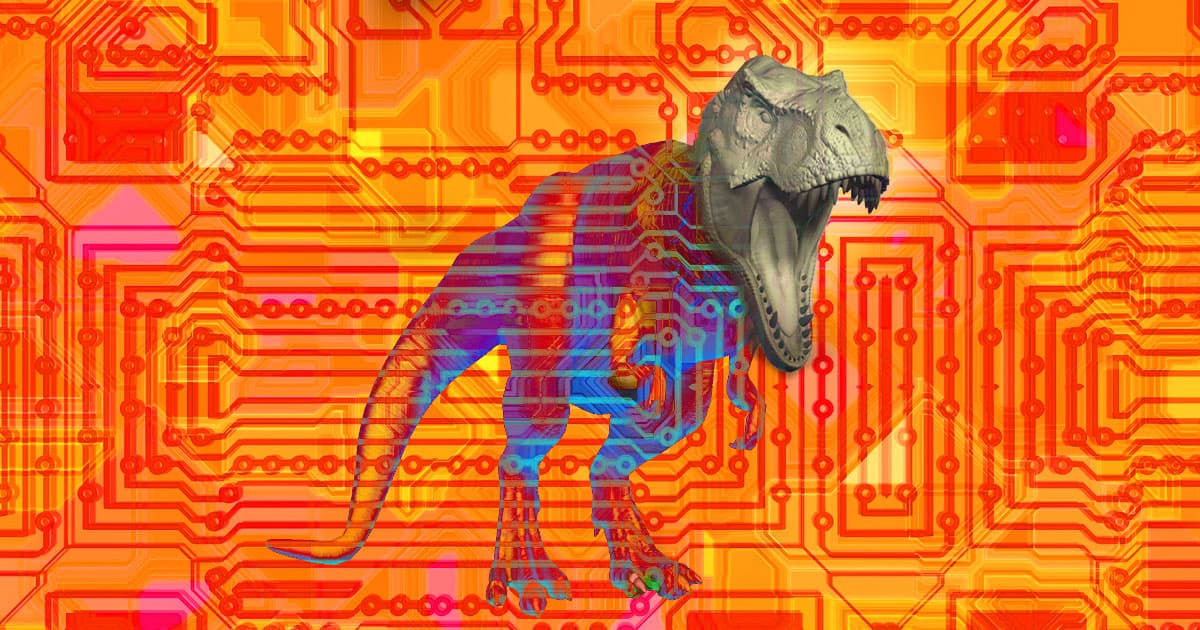 The Atlantic: It's Possible Dinosaurs Had a Whole Civilization

Here's a wild idea: Technologically advanced dinosaurs might have tried asteroid mining — and accidentally crashed a big one into the Earth, driving themselves extinct in the process.

Here's a wild idea: Technologically advanced dinosaurs might have tried asteroid mining — and accidentally crashed a big one into the Earth, driving themselves extinct in the process.

It's technically possible that dinosaurs, in all of their gigantic glory, developed an advanced technological civilization that we'll never know about.

The idea, a thought experiment crafted by The Atlantic writer Peter Brannen, is meant to illustrate how all of the damage done to the world by humanity happened in the blink of an eye in terms of geological timescales — meaning that an archaeologist in the future might not even know that we were ever here.

Brannen isn't saying that dinosaurs definitely had a high-tech civilization like in that 1993 so-bad-it's-funny live-action "Super Mario Bros." film. But if they somehow did, we'd have no way of knowing. Brannen writes:

If, in the final 7,000 years of their reign, dinosaurs became hyperintelligent, built a civilization, started asteroid mining, and did so for centuries before forgetting to carry the one on an orbital calculation, thereby sending that famous valedictory six-mile space rock hurtling senselessly toward the Earth themselves — it would be virtually impossible to tell. All we do know is that an asteroid did hit, and that the fossils in the millions of years afterward look very different than in the millions of years prior.

Even if these hypothetical technosaurs obliterated each other with nuclear bombs, there wouldn't be any evidence of the explosions for modern day scientists to study. The longest-lasting radioactive isotope from a nuclear blast has a half-life of about 16 million years, according to The Atlantic — meaning that by now, any evidence of Triassic nukes would have long since dissipated, and there's a good chance that the evidence of our civilization will do the same.

READ MORE: The Anthropocene Is a Joke [The Atlantic]

Wobble Wobble
Scientists: Uh, Earth Flipped Over On Its Side 84 Million Years Ago
10. 20. 21
Read More
Brands We Love
Want to Own a Fossilized Tyrannosaurus Rex Bone? Of Course You Do.
6. 22. 20
Read More
Space Age
A Drill Built for Mars Will Probe Antarctic Bedrock
1. 2. 19
Read More
+Social+Newsletter
TopicsAbout UsContact Us
Copyright ©, Camden Media Inc All Rights Reserved. See our User Agreement, Privacy Policy and Data Use Policy. The material on this site may not be reproduced, distributed, transmitted, cached or otherwise used, except with prior written permission of Futurism. Articles may contain affiliate links which enable us to share in the revenue of any purchases made.
Fonts by Typekit and Monotype.