"Climate Apartheid" Is Imminent. Only the Rich Will Survive.

A UN report predicts the global poor won't be able to escape the worst of the climate crisis. 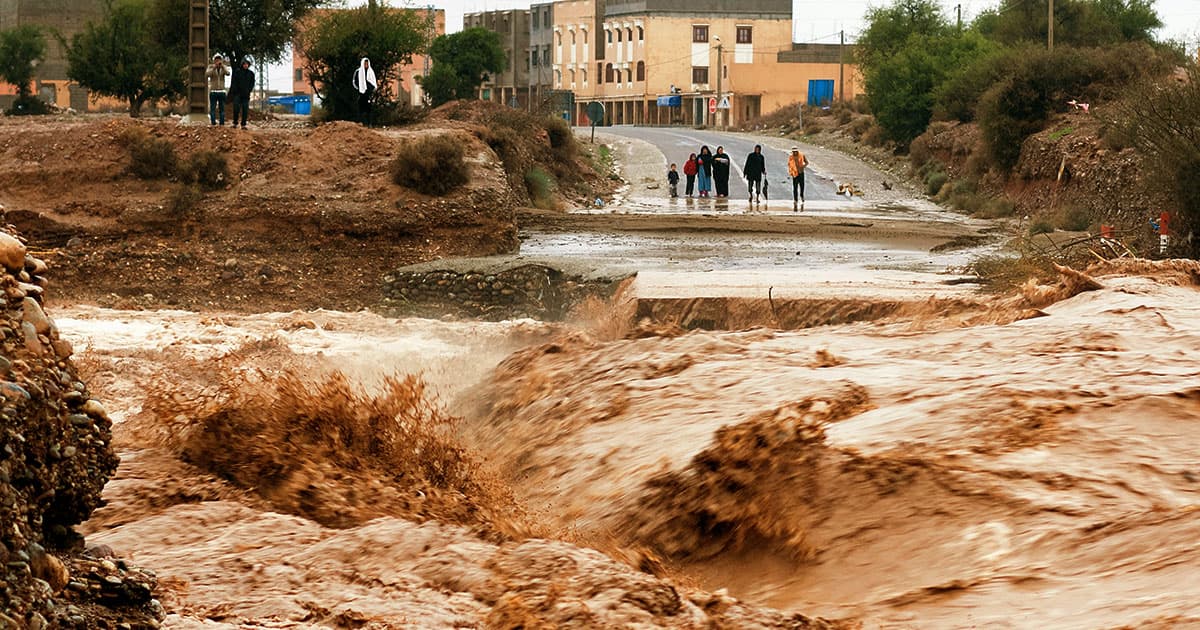 If our global climate change catastrophe continues unchecked, vast swaths of the world will likely become harsher and far less hospitable for humanity.

When that happens, an even greater rift will appear between the global haves and have-nots, as many people will be left without the means to escape the worst effects of the climate crisis, according to a new report published Tuesday by the U.N.'s Human Rights Council that describes an impending "climate apartheid."

While the rich hire private firefighters or move to more expensive habitable areas, the report predicts that 120 million people will be pushed into poverty by 2030 by climate change. Many more will die.

"Perversely, the richest, who have the greatest capacity to adapt and are responsible for and have benefitted from the vast majority of greenhouse gas emissions, will be the best placed to cope with climate change," U.N. poverty and human rights official Philip Alston wrote in the report, "while the poorest, who have contributed the least to emissions and have the least capacity to react, will be the most harmed."

In the report, Alston writes how the wealthy's access to lifesaving resources has caused humanity to adapt to the climate crisis in the wrong direction — instead of acting to prevent or reverse the worst of climate change, the rich can afford to personally avoid the problem.

"An over-reliance on the private sector could lead to a climate apartheid scenario in which the wealthy pay to escape overheating, hunger, and conflict, while the rest of the world is left to suffer," writes Alston.

Read This Next
Unreliable Friends
Archipelagic Nation Sick of Other Countries Breaking Climate Change Promises
The Kids Won't Be Alright
Elon Musk Warns That Humankind Will "End Up in Adult Diapers"
Circle of Life
Hooray! The Great Pacific Garbage Patch Has Become a Thriving Ecosystem, Scientists Say
Bad Spill
Scientist Warns That a Huge Tanker Is Probably Going to Spill a Million Barrels of Oil Into the Ocean
Life on Earth
Astrobiologists Suggest the Earth Itself May Be an Intelligent Entity
More on Earth & Energy
Fashion Week
2:27 PM on the byte
Scientists Discover Horrifying Crab That's Covered in "Hair"
Fire Bird
Yesterday on the byte
Experts Say Birds Are Catching on Fire on Power Lines and Starting Wildfires
Three Cheers
Yesterday on the byte
Happy BBQ Season! There's Beer Made From Toilet Water Now
READ MORE STORIES ABOUT / Earth & Energy
Keep up.
Subscribe to our daily newsletter to keep in touch with the subjects shaping our future.
+Social+Newsletter
TopicsAbout UsContact Us
Copyright ©, Camden Media Inc All Rights Reserved. See our User Agreement, Privacy Policy and Data Use Policy. The material on this site may not be reproduced, distributed, transmitted, cached or otherwise used, except with prior written permission of Futurism. Fonts by Typekit and Monotype.