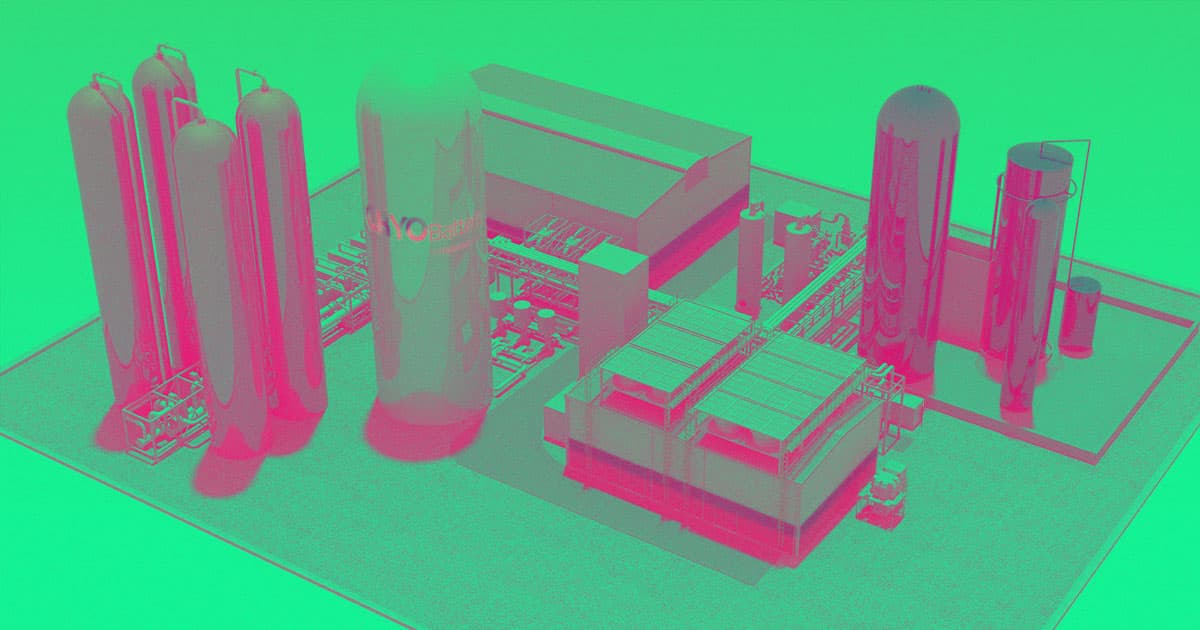 This Giant Battery Is Powered by Compressed Air

"The main competitor is really not other storage technologies but fossil fuels."

"The main competitor is really not other storage technologies but fossil fuels."

In order to make renewable energy more efficient, a U.K. power company is building a giant energy storage facility that uses compressed air to store energy like a giant battery.

When the facility is complete, it will use surplus electricity to compress a giant air tank so much that the air turns into a liquid, The Guardian reports. The air can then be decompressed to power a giant turbine, letting people in the area continue to use clean energy even if solar panels or wind turbines aren't actively generating more electricity.

The liquid air battery is meant to serve as a stepping stone along the way to an entirely-renewable energy infrastructure, according to The Guardian. To help it along, the U.K. government awarded Highview Power a $12.42 million grant.

"Projects like these will help us realize the full value of our world-class renewables," U.K. energy and clean growth minister Kwasi Kwarteng told The Guardian, "ensuring homes and businesses can still be powered by green energy, even when the sun is not shining and the wind not blowing."

To build the liquid air battery, which The Guardian reports is expected to function for three to four decades, Highview is recruiting former oil and gas engineers and giving them work in renewable energy.

Solar Slay
Solar Powered Machine Turns CO2 and Waste Plastic Into Valuable Fuel
Jan 12
Read More
Good Neighbors
German Government Says It May Keep Nuclear Plant Open After All
7. 31. 22
Read More
Back Online
Japan May Need Nine Nuclear Reactors Turned On to Get Through Winter
7. 14. 22
Read More
+Social+Newsletter
TopicsAbout UsContact Us
Copyright ©, Camden Media Inc All Rights Reserved. See our User Agreement, Privacy Policy and Data Use Policy. The material on this site may not be reproduced, distributed, transmitted, cached or otherwise used, except with prior written permission of Futurism. Articles may contain affiliate links which enable us to share in the revenue of any purchases made.
Fonts by Typekit and Monotype.