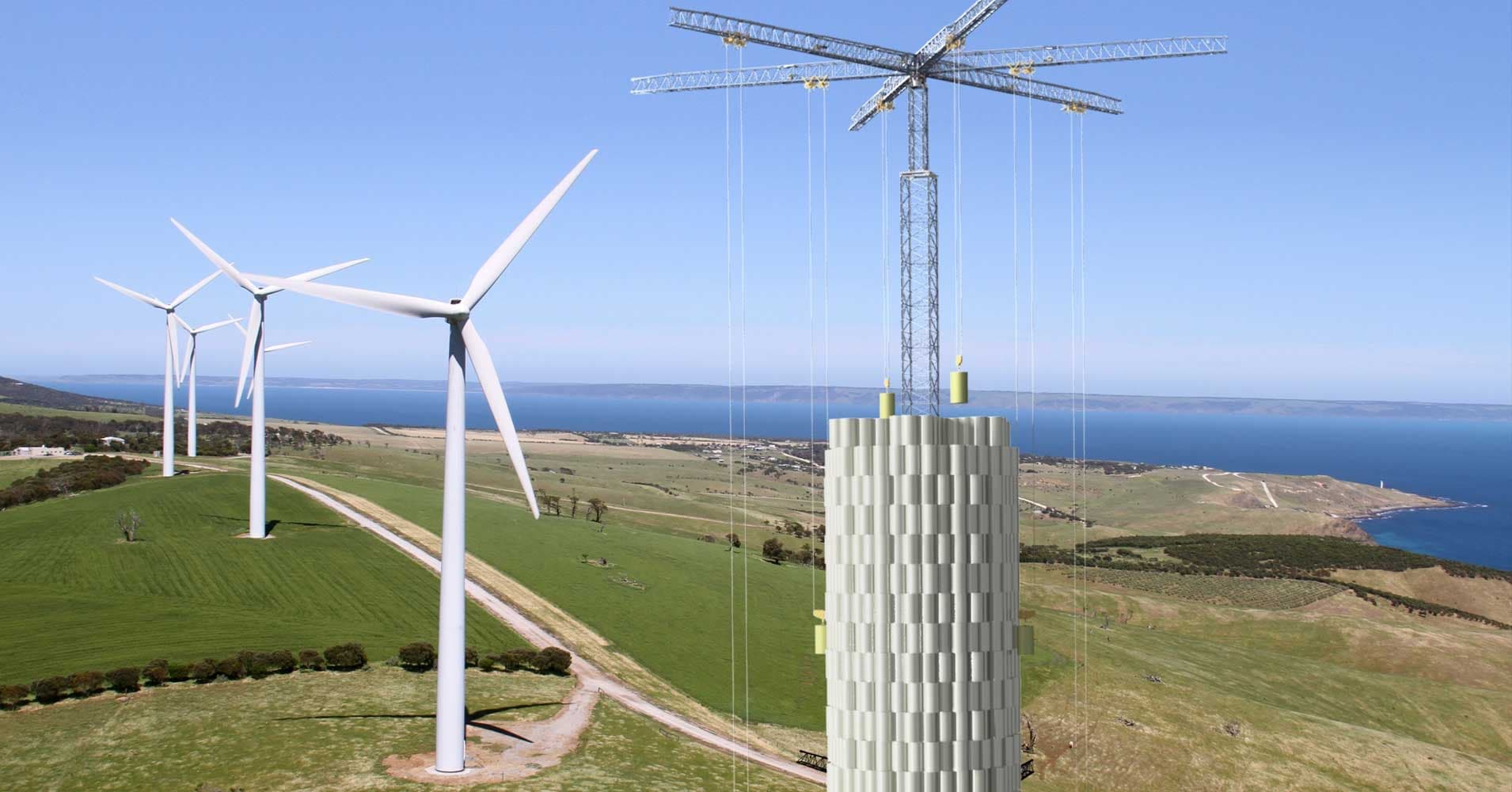 And the environmental impact is minimal.

And the environmental impact is minimal.

Across the world, the demand for electricity shifts dramatically between day to night.

During peak hours — typically in the morning and evening — people use way more energy. To meet those high demands, utility companies have to find ways to store energy temporarily.

Now, Switzerland- and California-based company Energy Vault may have a solution to that problem that wouldn't incur massive costs for complex battery farms like Tesla's Powerpack facilities.

It's a clever and simple solution. It works in a similar way to a hydro plant that pumps water up a hill during off-peak hoursand releases it back down during peak hours. The big advantage: no dam, hill, or river required.

And that's not the only advantage. No dams also means no harmful environmental factors. The bricks are even made out of landfill materials, reducing costs and environmental impact even further, according to Fast Company.

Energy Vault's first customer is Tata Power, an Indian electric utility. So far, only a small 72-foot (22 meter) prototype (shown in video above) exists near the company's headquarters. The proposed designs are more than five times as tall.

As global populations keep growing, their energy consumption does too. And more often than not, the environment suffers in the process of meeting those demands. But solutions like Energy Vault's goes to show that it doesn't have to be that way.

What's A Proton Battery? Three Things You Need To Know.
3. 11. 18
Read More
Want a World Without Blackouts? Power the Future With Renewable Energy.
2. 9. 18
Read More
MIT Researchers Develop a System That Can Store Thermal Energy for Hours
11. 17. 17
Read More
+Social+Newsletter
TopicsAbout UsContact Us
Copyright ©, Camden Media Inc All Rights Reserved. See our User Agreement, Privacy Policy and Data Use Policy. The material on this site may not be reproduced, distributed, transmitted, cached or otherwise used, except with prior written permission of Futurism. Articles may contain affiliate links which enable us to share in the revenue of any purchases made.
Fonts by Typekit and Monotype.