Even Google has plans to store renewable energy in molten salt. 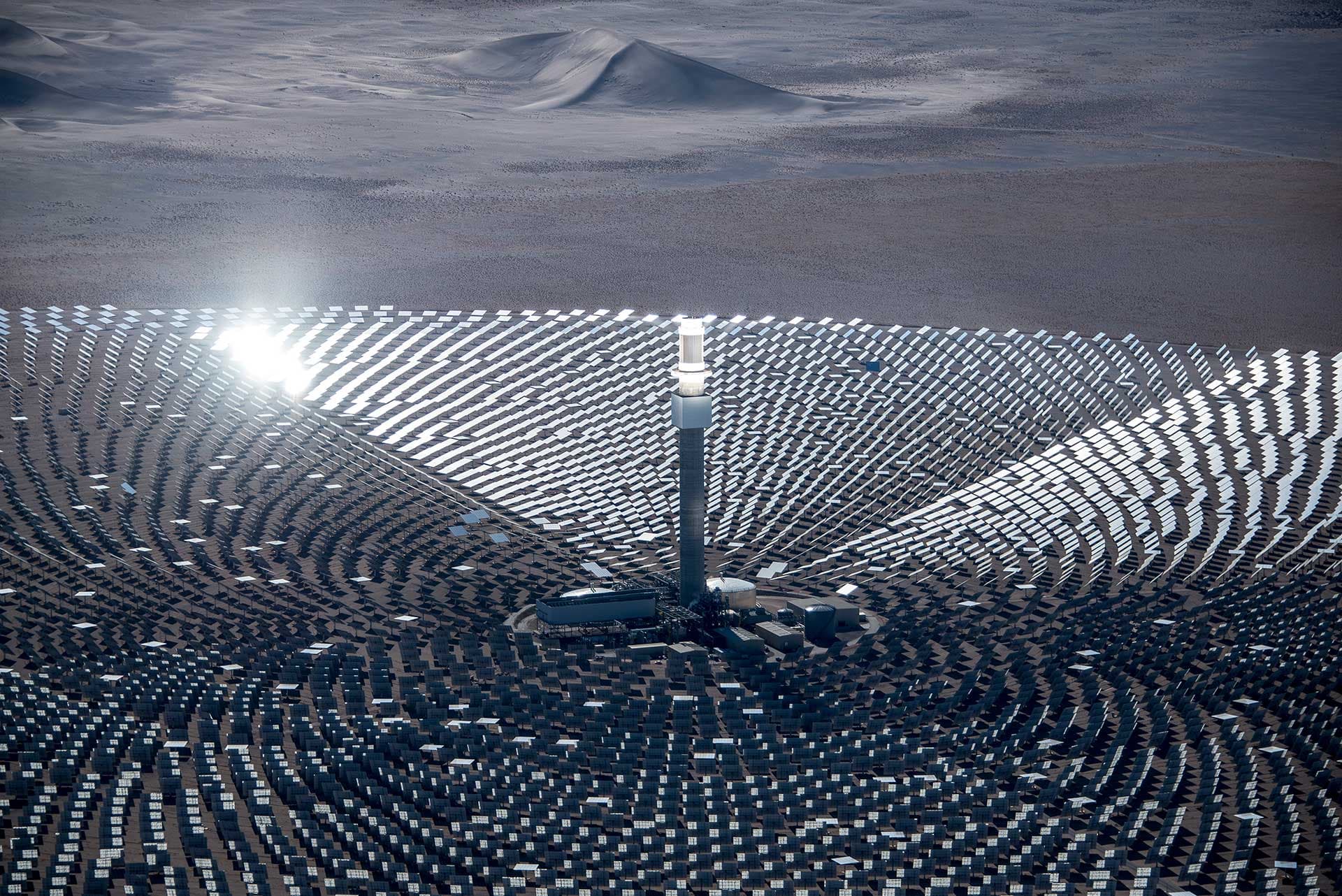 In 2015, the company brought its 110-megawatt Crescent Dunes solar energy facility in Nevada online, bringing with it 1,100 megawatt-hours of energy storage and the ability to power 75,000 homes in Nevada. Similar concentrated solar power (CSP) projects are planned for South Australia, Africa, Chilé, and more countries around the world.

You see, unlike solar and wind power, which can reduce the need for fossil fuel energy when the sun's out or when it's windy, facilities that utilize molten salt can operate at any time of day and store energy for up to 10 hours. This form of power comes about quite simply: sunshine concentrated onto a tower by a field of mirrors heats molten salt within the tower to over 1,000 degrees Farenheit, which can then be used to generate steam and turn a turbine.

Molten salt facilities are also cheaper. According to Inside Climate News, the Crescent Dunes plant can generate power for $0.06 per kilowatt hour. If a recent report from the International Renewable Energy Agency (IRENA) is anything to go by, prices are expected to become even cheaper.

The Need for Energy Storage

Even by its own standards, however, SolarReserve is falling a little behind. The Crescent Dunes plant is supposed to generate 500,000 MWh of electricity per year, but Inside Climate News reports it has yet to reach that goal.

Meanwhile, Spanish engineering company Sener has two projects for Ouarzazate, Morocco in the works that use molten salt. The price of the two projects isn't quite low enough yet, but the expected price drop could put the company in a prime position to push their CSP projects. Even Google has plans to store renewable energy in molten salt, but it still needs to test its own system to see if it can be used commercially.

Before molten salt CSPs can truly begin paving the way to 24-hour solar energy, though, utility officials and energy policymakers need to understand the importance of energy storage, and when renewable energy is needed most. Kevin Smith, CEO of SolarReserve, told Inside Climate News that U.S. utilities "just wanted kilowatt-hours. They didn't care about when they got them." In other words, they were less concerned about what time of day the renewable energy would be available to use.

Smith went on to explain that things are changing, with places like California having an excess of renewable energy generated during certain hours of the day. This is something that can only be addressed when the conversation with officials shifts to what to do with this excess energy, and what to do for their power grids as a whole.

"We believe now is the rebirth of the CSP market. And it's all about storage," said Smith.

Read This Next
Solar Slay
Solar Powered Machine Turns CO2 and Waste Plastic Into Valuable Fuel
Futurism
Best Marine Solar Panels of 2023
Good Neighbors
German Government Says It May Keep Nuclear Plant Open After All
Unreliable Friends
Archipelagic Nation Sick of Other Countries Breaking Climate Change Promises
Brands We Love
Adding Solar Power to Your Home Is Complicated. But It Doesn't Have to Be.
More on Earth & Energy
Shark Smile
9:15 PM on the byte
Influencer Fined for Eating Endangered Great White Shark
Imagine Dragons
Yesterday on the byte
Miners Say "Sorry" for Losing Highly Radioactive Object Along Highway
Rock Battery
Jan 28 on the byte
Researchers Successfully Turn Abandoned Oil Well Into Giant Geothermal Battery
READ MORE STORIES ABOUT / Earth & Energy
Keep up.
Subscribe to our daily newsletter to keep in touch with the subjects shaping our future.
+Social+Newsletter
TopicsAbout UsContact Us
Copyright ©, Camden Media Inc All Rights Reserved. See our User Agreement, Privacy Policy and Data Use Policy. The material on this site may not be reproduced, distributed, transmitted, cached or otherwise used, except with prior written permission of Futurism. Articles may contain affiliate links which enable us to share in the revenue of any purchases made.
Fonts by Typekit and Monotype.