"A solar-driven technology that could help to address plastic pollution and greenhouse gases at the same time could be a game-changer in the development of a circular economy." 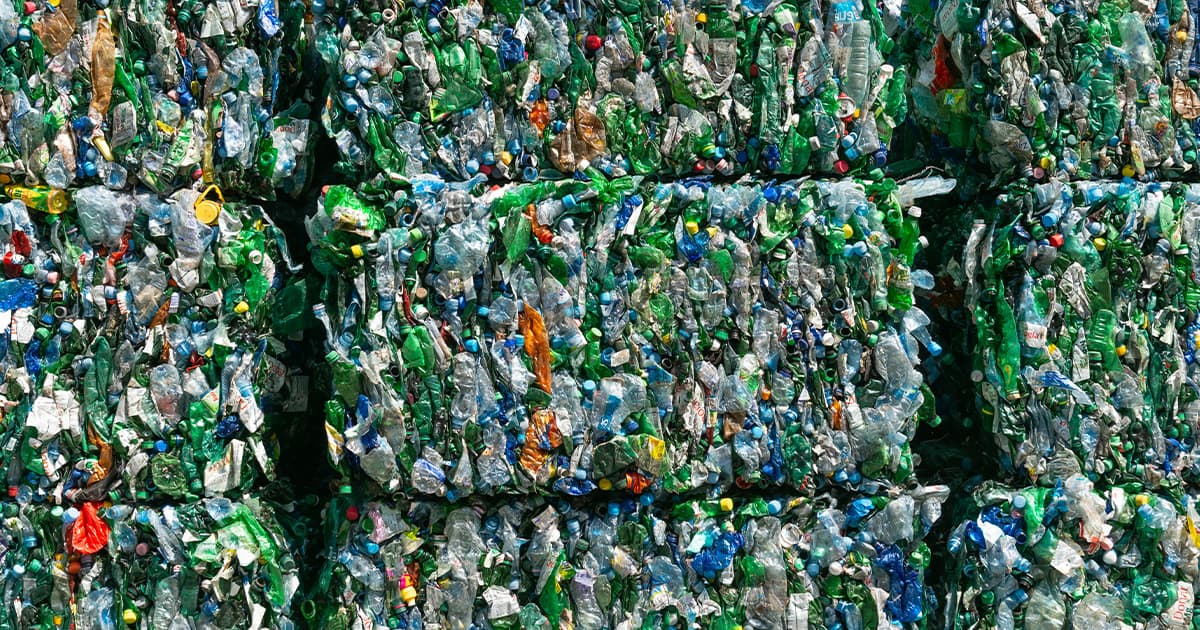 In promising news for our humanity-burdened planet, a team of researchers at the University of Cambridge say they've built a machine that transforms both CO2 and plastic waste into sustainable fuel and other valuable materials, using only energy from the Sun to do so.

As the researchers detail in a new study published in the journal Nature Synthesis, their "photoelectrochemical" system is unique not only in its ability to turn Earth-destroying byproducts like CO2 and plastics into useful and sustainable materials, but also its ability to work with multiple materials at once.

"Converting waste into something useful using solar energy is a major goal of our research," Professor Erwin Reisner, a scientist at Cambridge's Yusuf Hamied Department of Chemistry and senior study author, said in a university press release. "Plastic pollution is a huge problem worldwide, and often, many of the plastics we throw into recycling bins are incinerated or end up in landfill."

"A solar-driven technology that could help to address plastic pollution and greenhouse gases at the same time," added study coauthor and fellow Cambridge chemist Subhajit Bhattacharjee, "could be a game-changer in the development of a circular economy."

As for how the machine actually works, it's complex.

The reactor, which features two compartments built separately for greenhouse gases and plastic waste, uses a light absorber called perovskite, a "promising alternative to silicon for next-generation solar cells," according to the university. A chemical catalyst — which, importantly, can be altered and tuned depending on machine's output — is embedded into the light absorber.

"What's so special about this system is the versatility and tunability — we're making fairly simple carbon-based molecules right now, but in future, we could be able to tune the system to make far more complex products, just by changing the catalyst," Bhattacharjee continued.

"Generally, CO2 conversion requires a lot of energy, but with our system, basically you just shine a light at it, and it starts converting harmful products into something useful and sustainable," added coauthor Motiar Rahaman, also a researcher at the Yusuf Hamied Department of Chemistry. "Prior to this system, we didn't have anything that could make high-value products selectively and efficiently."

Excitingly, when testing materials under normal pressures and temperatures, the photoelectrochemical system was able to turn PET plastic bottles and CO2 into several kinds of cabon-based fuels and other sought-after compounds, including synthetic gas — a key component of sustainable liquid fuels — and glycolic acid, a chemical beloved by skincare companies.

And that's just what they're able to make now. As noted in the release, over the next five years the researchers hope to figure out how to use the machine to reuse, recycle, and transform more complex particles. And eventually? They think the system could grow to power a fully solar recycling plant.

"Developing a circular economy, where we make useful things from waste instead of throwing it into landfill, is vital if we're going to meaningfully address the climate crisis and protect the natural world," said Reisner. "And powering these solutions using the sun means that we're doing it cleanly and sustainably."

More on things that eat CO2: NYC's Greenery Eats Up All the CO2 From Its Cars, Trucks and Buses "And Then Some"

Read This Next
Futurism
Best Marine Solar Panels of 2023
Good Neighbors
German Government Says It May Keep Nuclear Plant Open After All
Unreliable Friends
Archipelagic Nation Sick of Other Countries Breaking Climate Change Promises
Brands We Love
Adding Solar Power to Your Home Is Complicated. But It Doesn't Have to Be.
Brands We Love
Are Solar Panels Worth It for Your Home? Here's a Free Way To Find Out.
More on Earth & Energy
Save Yourselves
Yesterday on the byte
Furious Marsupial So Thirsty For Sex That It’s Dying, Scientists Warn
Stem Ware
Feb 3 on the byte
Scientists Discover World's Oldest Preserved Vertebrate Brain
From Bad to Worse
Feb 2 on the byte
Global Warming Is Worse Than We Thought, AI Tells Scientists
READ MORE STORIES ABOUT / Earth & Energy
Keep up.
Subscribe to our daily newsletter to keep in touch with the subjects shaping our future.
+Social+Newsletter
TopicsAbout UsContact Us
Copyright ©, Camden Media Inc All Rights Reserved. See our User Agreement, Privacy Policy and Data Use Policy. The material on this site may not be reproduced, distributed, transmitted, cached or otherwise used, except with prior written permission of Futurism. Articles may contain affiliate links which enable us to share in the revenue of any purchases made.
Fonts by Typekit and Monotype.