German Government Says It May Keep Nuclear Plant Open After All

"This debate is not only about us, but also about our neighbors." 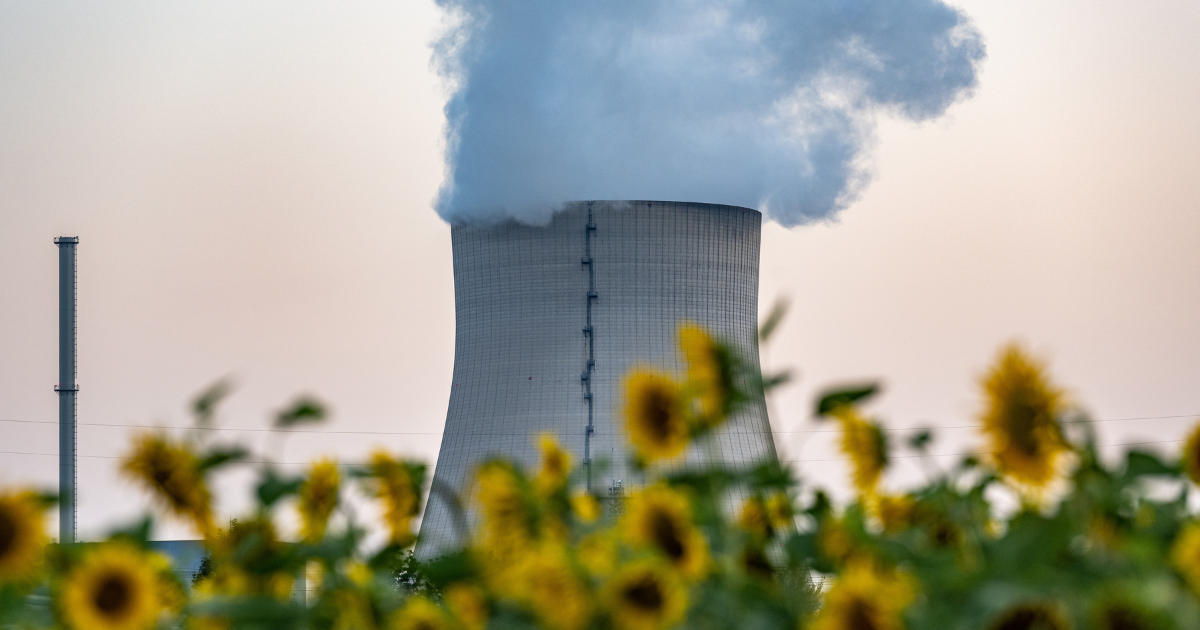 Germany's environment minister is a member of the Green Party in the country — so she's supposed to oppose nuclear energy for idealogical reasons. But recent changes in Europe's energy landscape means Steffi Lemke may have to change her mind.

Earlier today, Bloomberg reported that Lemke may decide to extend the lifespan of Isar 2. The nuclear plant provides about 12 percent of Bavaria’s annual electricity and supplies more than 3 million households in Germany's largest state by land area. The financial pub translated Lemke's comments about how she'd respond to "a serious electricity or grid problem" that were originally published in German-language paper Frankfurter Allgemeine Sonntagszeitung, or FAZ, on Saturday. The minister said she's open to keeping the plant running if the government decides it's necessary.

Germany's three remaining nuclear plants generate about 6 percent of the country's total electric output and are all scheduled to go offline in December, FAZ reported last week. But those plans were made before Russia invaded Ukraine and changed everything.

Although Bloomberg says a previous report found no serious energy concerns in Germany's immediate future, Economy Minister Robert Habeck has asked for another one. Getting it right is important while Russia's bloody war impacts energy supply across the continent. France struggled to get through spring cold fronts and asked residents to reduce energy consumption, which makes it a lot harder to justify shutting down energy production that could help Germany's neighbor.

London also narrowly missed a blackout last week after a record-breaking heat wave, and some Germans took cold showers this week as Russia cut gas supplies to the country.

"I don’t see how we in the EU are supposed to explain that we are shutting down functioning power plants for ideological reasons while France fears an electricity blackout," Christian Duerr, a German parliament official, told Welt am Sonntag on Saturday, via Bloomberg. "This debate is not only about us, but also about our neighbors."

Read This Next
Dialed Up
Spain Forcing Public Places to Set AC at or Above 81 Degrees Fahrenheit
Back Online
Japan May Need Nine Nuclear Reactors Turned On to Get Through Winter
Unreliable Friends
Archipelagic Nation Sick of Other Countries Breaking Climate Change Promises
Weird Times
White House Brags That America Is Producing More Oil and Gas Than Ever
Piercing The Hype
If Graphene Batteries Do Everything Scientists Say, They Could Be a Gamechanger
More on Earth & Energy
Ancient DNA
1:51 PM on futurism
Scientists Sequence DNA They Found From 2 Million Years Ago
Gross
Yesterday on the byte
Residents Alarmed When Entire River Turns White
Going Hydrogen
Dec 2 on the byte
Airbus to Strap Hydrogen Fuel Cell Engine to Massive Superjumbo Jet
READ MORE STORIES ABOUT / Earth & Energy
Keep up.
Subscribe to our daily newsletter to keep in touch with the subjects shaping our future.
+Social+Newsletter
TopicsAbout UsContact Us
Copyright ©, Camden Media Inc All Rights Reserved. See our User Agreement, Privacy Policy and Data Use Policy. The material on this site may not be reproduced, distributed, transmitted, cached or otherwise used, except with prior written permission of Futurism. Articles may contain affiliate links which enable us to share in the revenue of any purchases made.
Fonts by Typekit and Monotype.