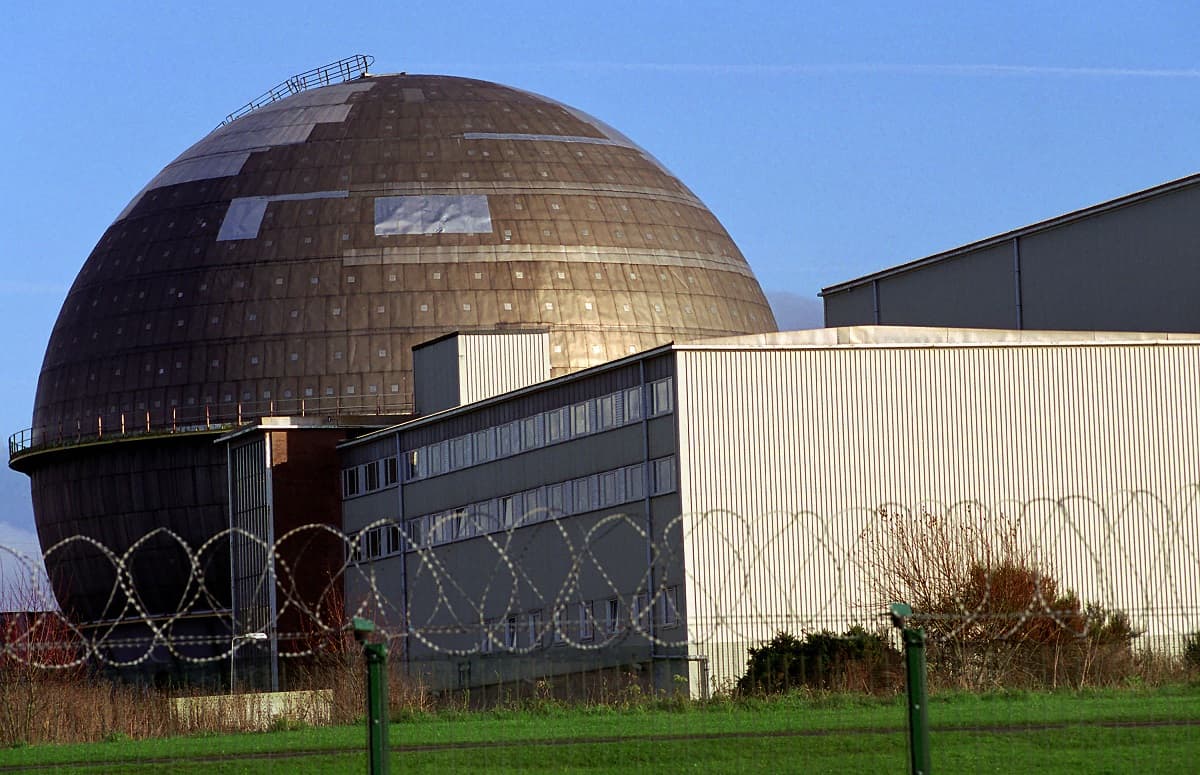 "Rather than solving a problem for future generations, it could be leaving them a legacy of a nuclear waste dump..."

"Rather than solving a problem for future generations, it could be leaving them a legacy of a nuclear waste dump..."

In case you were wondering if it was environmentally sound to bury a massive stockpile of untreated nuclear waste beneath the ocean floor, the answer that many UK-based experts will likely give you is: probably not.

But according to The Guardian, that's exactly what the UK government is planning to do — and experts are begging them to reconsider, arguing that burying the waste beneath the seabed could devastate marine life in the short-term, and leave future generations with an even more serious environmental catastrophe to sort out.

In a press release, the UK government says the goal is to find a "permanent solution for the UK's higher-activity radioactive waste," one that will keep the toxic sludge "safe and secure over the hundreds of thousands of years."

As The Guardian reports, the UK currently boasts the largest reserve of untreated nuclear waste on the planet. There are about 750,000 cubic meters of the poisonous muck scheduled for "geological disposal," a collection that contains roughly 110 American tons of plutonium.

Seismic testing — which involves blasting the ocean floor with high-powered airguns — to determine whether an area off of England's Northwest coast will be suitable for the proposed facility is to begin on Saturday. But several marine experts are arguing that the seismic blasts are likely to harm much-beloved mammals including dolphins and whales.

Why? Seismic testing is seriously loud, and has been shown to disturb mating and communicative patterns of these highly vocal sea creatures. After a round of Seismic testing back in 2012, for example, nearly 800 dolphins washed up dead on Peruvian shores.

In regard to the impacts of the, ahem, noxious waste, other scientists are warning that while the government has maintained its faith in the science that is, in essence, locking radioactive trash behind a sub-seabed door and throwing away the key, nuclear waste is simply not that predictable.

As David Blackburn, chair of an outfit called the Nuclear Free Local Authorities and leader of the Leeds city council Green Party group, told the Guardian: "Rather than solving a problem for future generations, it could be leaving them a legacy of a nuclear waste dump gradually releasing radioactivity into the environment and cutting off their options for deciding how to deal with this waste."

To Power Villages And Oil Rigs, Russia Sent A Nuclear Reactor On A “Tsunami-Proof” Barge
4. 30. 18
Read More
Congress Hasn't Given up on Nuclear Power
3. 11. 18
Read More
Why Are British Beaches Littered With Dying Marine Life? 3 Things You Need to Know.
3. 6. 18
Read More
+Social+Newsletter
TopicsAbout UsContact Us
Copyright ©, Camden Media Inc All Rights Reserved. See our User Agreement, Privacy Policy and Data Use Policy. The material on this site may not be reproduced, distributed, transmitted, cached or otherwise used, except with prior written permission of Futurism. Fonts by Typekit and Monotype.