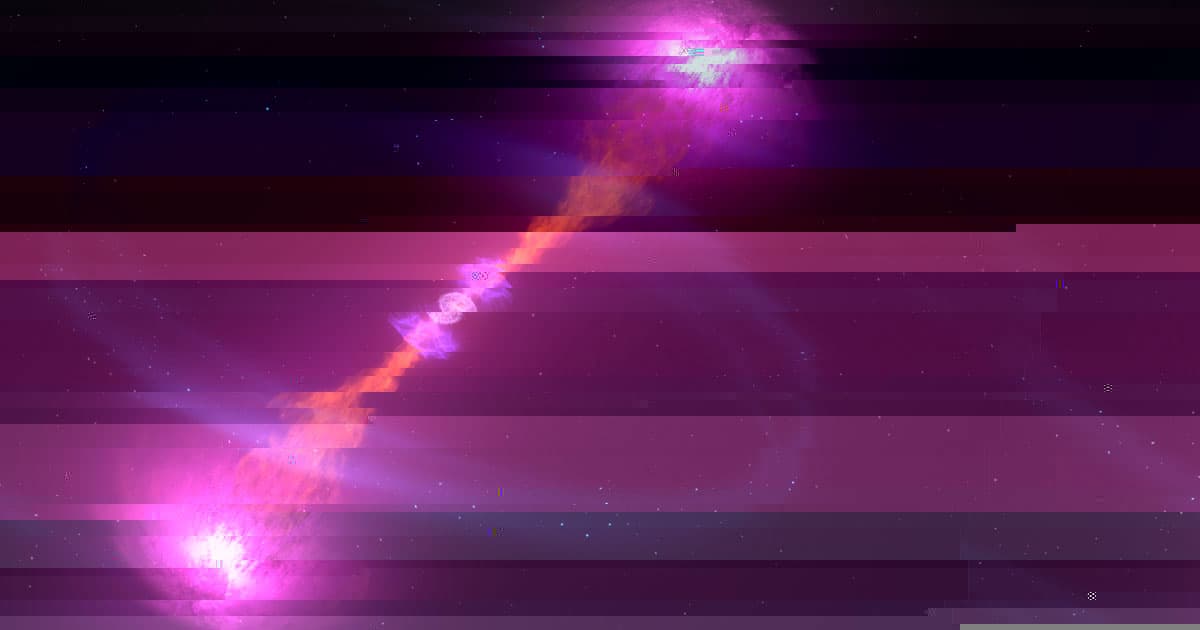 A Neutron Star "Glitched" — and Scientists Noticed Something Amazing

A bizarre stellar glitch could provide the first glimpse at a neutron star's interior.

A bizarre stellar glitch could provide the first glimpse at a neutron star's interior.

Back in 2016, a neutron star named Vela "glitched" — it suddenly started spinning much more rapidly due to yet-unconfirmed causes.

Now, a closer look at the data capturing during that glitch is giving astronomers their first glance at the interior of a neutron star, according to research published Monday in the journal Nature Astronomy. By diving into the data, a team from Monash University and McGill University learned that neutron stars like Vela are made up of three distinct layers — a first-of-its-kind discovery that helps understand more about what makes exotic stars tick.

Only five percent of neutron stars have ever been known to glitch in this manner, but Vela has one of these bizarre events just about every three years, according to a Monash University press release. That makes it a popular target for scientists to monitor as they probe the cosmos.

This second look at the data from Vela's 2016 glitch may have confirmed on proposed explanation for the sudden acceleration, and it's explained by the differences between the star's layers.

"One of these components, a soup of superfluid neutrons in the inner layer of the crust, moves outwards first and hits the rigid outer crust of the star causing it to spin up," Monash astronomer Paul Lasky said in the press release. "But then, a second soup of superfluid that moves in the core catches up to the first causing the spin of the star to slow back down."

Space Lumps
Scientists Say We May Be Extremely Wrong About the Universe
Apr 28
Read More
Into Darkness
Inside NASA's Bold Proposal to Probe the Mysteries of Dark Matter
Mar 11
Read More
Ayy Lmao
Scientists Puzzled by "Spooky" Object Sending Radio Signals Every 18 Minutes From Deep Space
Jan 27
Read More
+Social+Newsletter
TopicsAbout UsContact Us
Copyright ©, Camden Media Inc All Rights Reserved. See our User Agreement, Privacy Policy and Data Use Policy. The material on this site may not be reproduced, distributed, transmitted, cached or otherwise used, except with prior written permission of Futurism. Fonts by Typekit and Monotype.