These turbines will be quiet and harmless to wildlife. 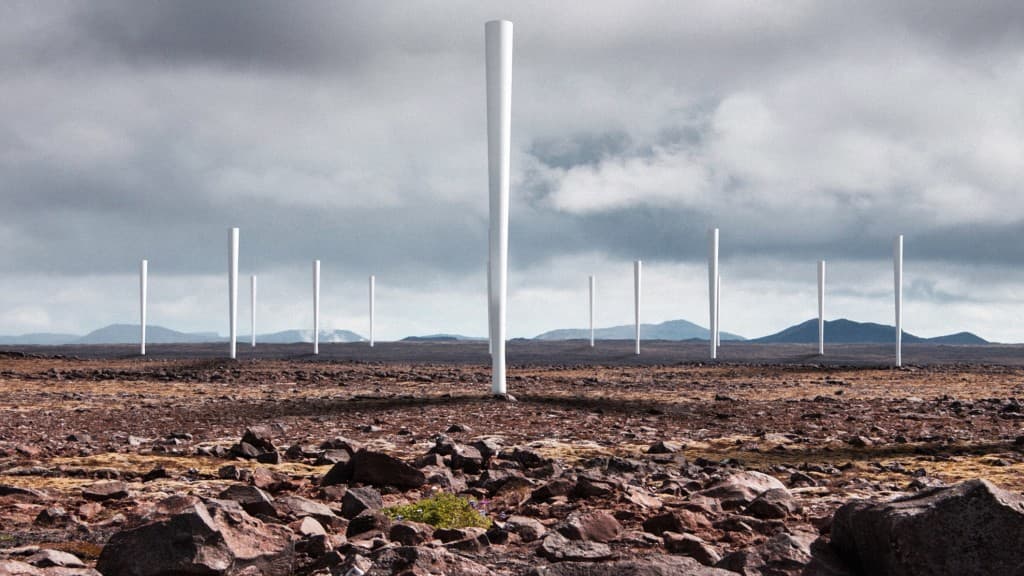 We all know that we have a bit of an energy problem. Traditional methods of creating power, like fossil fuels, cause vast amounts of air pollution and habitat destruction; however, there are a number of new energy sources under development.

We have been utilizing wind turbines since the late 1880s; however, the technology has yet to really catch on for a number of reasons. Of course, the total number of turbines is increasing, but not at the rate that many would hope.

First, people often balk at the cost. These devices require sophisticated engineering in order to create and maintain them. Of course, the cost will drop dramatically once the manufacturing process has gained a larger foothold, but many nations are slow to invest in the technology, and would rather see an immediate return on their expenditures.

Second, wind turbines also cause problems for the environment. In order to be effective, wind farms take up a bit of space. This obviously results in some habitat destruction; however, if assessments are done on the land use prior to development, there are a number of ways that wind turbines can be incorporated into current man-made structures. For example, agriculture (farmlands) can easily coincide with these structures.

Another problem with wind turbines involves increases in mortality rate that we see in relation to certain bat and bird species. Depending on where they are placed, wind turbines may increase wildlife fatalities. That said, the impact that these structures have does greatly depend on where they are placed, and even then, there is some debate on whether the impact is (or is not) actually significant. Yet, we do know that they cause harm. For example, in Altamont Pass in California, some 1,300 birds of prey are killed each year.

Then there is the sound. Although you can't hear wind turbines if you are more than a mile off, they make a bit of a racket when you are next to them.

Now, a Spanish company called Vortex Bladeless is looking to improve on the design. These bladeless turbines work to achieve essentially the same thing as traditional turbines: To turn the wind into kinetic energy that can be harvested to generate electricity. However, instead of a propeller, these structures use a pattern of vortices (spinning wind) in order to capture the breeze.

Traditionally, the problem with structures such as these is that whirlpools of wind (what we see in these vortices) can lead to an oscillating motion in structures, which often leads to structural collapse. But the founders of Vortex Bladeless, David Suriol, David Yáñez, and Raul Martín, are trying to use this phenomenon to their advantage.

The first step was to ensure that the Vortex’s shape was designed in such a way that the spinning wind is encountered synchronously. To achieve this, the prototype is composed of a composite of fiberglass and carbon fiber, allowing the central mast to vibrate freely. At the base of the central mast are two rings of repelling magnets. When the cone veers in one direction, the repelling magnets pull it in the other direction. This kinetic energy is then converted into electricity via an alternator that multiplies the frequency of the mast’s oscillation (allowing us to generate even more power from the motion).

According to field tests conducted with the prototype, this design ultimately captures 30% less than traditional wind turbines; however, you can place twice as many Vortex turbines into the same space as a propeller turbine (because you don't have a giant propeller getting in the way), so you actually generate more energy in the end. These are also cheaper to produce (by about 50%) and, when they are running, they are silent.

Plus, they look pretty cool.

The Solar Research Institute studied these devices back in the early 1980s, and they found that the technology was really not that different from traditional wind turbines. Their biggest concern was the aforementioned oscillations (they feared the turbines would break down rather quickly); however, the 1980s were a long time ago (though they'll always have a special place in our heart), and we have made a lot of advancements since then. So, with some more tests and a little more investment, we should look forward to seeing some futuristic, and quietly efficient, wind turbines in our near future.

Read This Next
Hot Air
Donald Trump Doesn't Seem to Know Anything About Wind Power
IT'S GETTING HOT IN HERE
Wind Farms Might Heat up the Planet, After All
Futurism
The UK Will Soon Be Home to the World’s Largest Offshore Wind Farm
Futurism
New Ship With Rigid Solar Sails Harnesses the Power of Sun and Wind at the Same Time
Futurism
Denmark Breaks Own Record for Electricity Generated via Wind Power
More on Earth & Energy
Save Yourselves
Yesterday on the byte
Furious Marsupial So Thirsty For Sex That It’s Dying, Scientists Warn
Stem Ware
Feb 3 on the byte
Scientists Discover World's Oldest Preserved Vertebrate Brain
From Bad to Worse
Feb 2 on the byte
Global Warming Is Worse Than We Thought, AI Tells Scientists
READ MORE STORIES ABOUT / Earth & Energy
Keep up.
Subscribe to our daily newsletter to keep in touch with the subjects shaping our future.
+Social+Newsletter
TopicsAbout UsContact Us
Copyright ©, Camden Media Inc All Rights Reserved. See our User Agreement, Privacy Policy and Data Use Policy. The material on this site may not be reproduced, distributed, transmitted, cached or otherwise used, except with prior written permission of Futurism. Articles may contain affiliate links which enable us to share in the revenue of any purchases made.
Fonts by Typekit and Monotype.