It'll be the largest offshore wind farm since the construction of the 630MW London Array built in 2014. 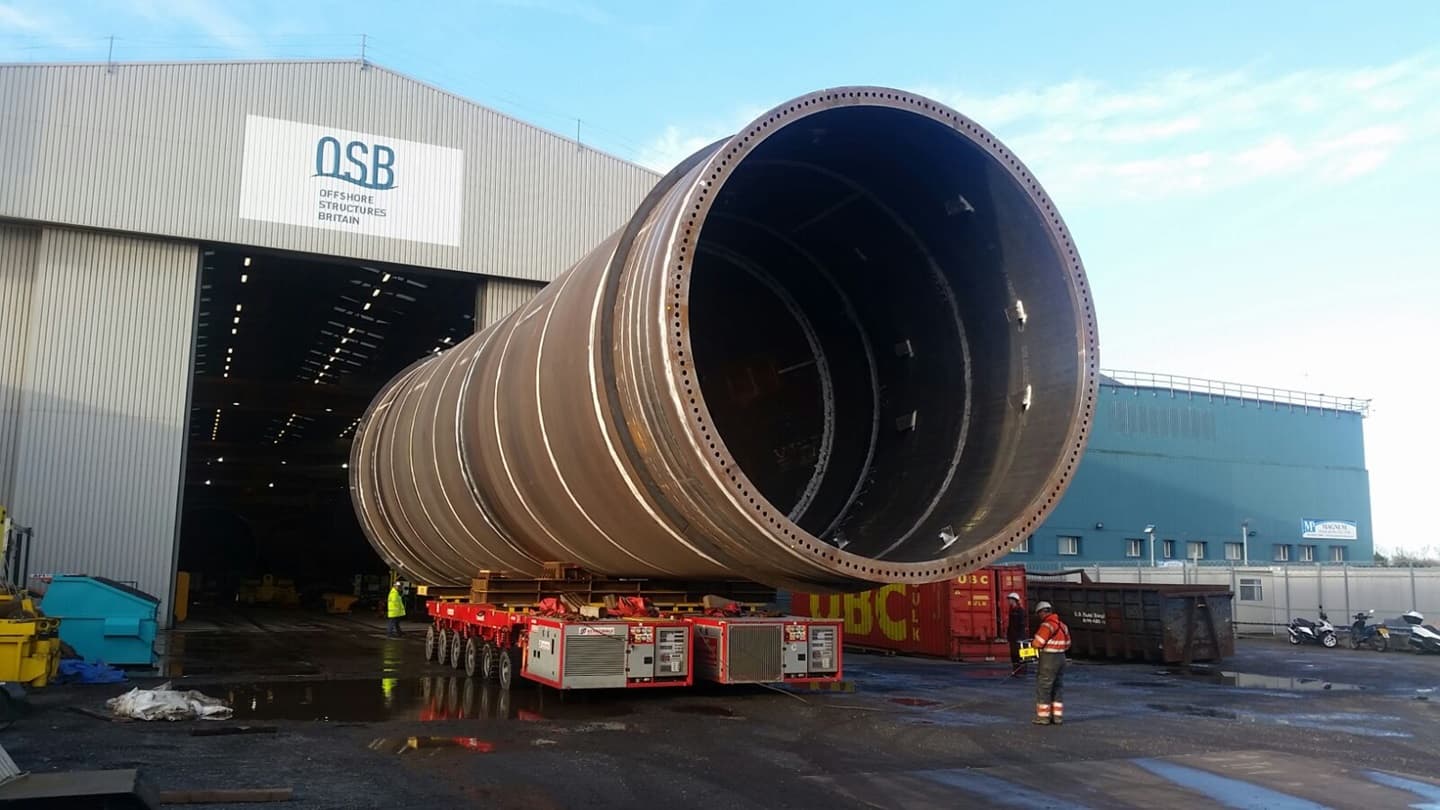 The United Kingdom will soon be the home of the world's largest offshore wind farm. Construction has begun on the 407 sq. kilometer (157 sq. miles) project, with power company Ørsted leading development. The company explains the 1.2 gigawatt (GW) wind farm is being constructed 120km (74.5 miles) off the Yorkshire coast and is expected to be completed by 2020. Upon completion, it will be capable of supplying clean energy to over 1 million homes.

Officially called Hornsea Project One, the first of the farm's 174 monopiles has already been installed. Monopiles are cylindrical support structures made of steel that are installed deep within the seabed. They're the most commonly used foundations in offshore wind farm projects, and each monopile used for Hornsea Project One is 65m (213 ft) long, weighs around 800 tons, and has a diameter of 8.1m (26.5 ft).

Construction is being carried out by two ships. The first, the Jack-Up Vessel Innovation, is handling the aforementioned monopiles — of which it can carry up to four at a time. The second ship — A2Sea’s vessel Sea Installer — will join the project in March, installing the 7 megawatt (MW), 190m (623 ft) tall wind turbines and turbine blades. It can carry four turbines at a time. According to Electrek, these turbines could potentially generate 25 hours of electricity with one blade rotation.

"These wind farms will not only greatly contribute to the UK’s goal of decarbonizing our energy system, they are also bringing jobs and investment to Grimsby and the North East,” said Duncan Clark, program director for the project, in a press release.

Currently, the title of world's largest wind farm belongs to the London Array. The 630 MW wind farm is 100 sq. kilometers (38 sq. miles) in size, and powers roughly 500,000 homes in the UK. Germany is home to the world's largest wind turbine, however, which towers over the German town of Gaildorf at an impressive 808 ft tall.

It'll be interesting to see if wind farms continue to grow in size as wind energy becomes more viable. Last year, scientists at the Carnegie Institution for Science in Stanford, California suggested that a single giant wind farm built in the North Atlantic could capture enough energy to power the entire planet. While it's an interesting idea, it would bring its own set of problems — such as dealing with extreme mid-ocean weather, reducing the performance of onshore wind farms in the UK, and reducing temperatures in the Arctic.

Read This Next
Solar Slay
Solar Powered Machine Turns CO2 and Waste Plastic Into Valuable Fuel
Good Neighbors
German Government Says It May Keep Nuclear Plant Open After All
Unreliable Friends
Archipelagic Nation Sick of Other Countries Breaking Climate Change Promises
Brands We Love
Wondering if Solar Energy Is Right for Your Home? Find Out for Free.
Brands We Love
Residential Solar Power Seems Complicated. But This Free Service Makes It Easy.
More on Earth & Energy
Stem Ware
Friday on the byte
Scientists Discover World's Oldest Preserved Vertebrate Brain
From Bad to Worse
Thursday on the byte
Global Warming Is Worse Than We Thought, AI Tells Scientists
RIP Fred
Thursday on the byte
Instead of Predicting Length of Winter, Groundhog Simply Dies
READ MORE STORIES ABOUT / Earth & Energy
Keep up.
Subscribe to our daily newsletter to keep in touch with the subjects shaping our future.
+Social+Newsletter
TopicsAbout UsContact Us
Copyright ©, Camden Media Inc All Rights Reserved. See our User Agreement, Privacy Policy and Data Use Policy. The material on this site may not be reproduced, distributed, transmitted, cached or otherwise used, except with prior written permission of Futurism. Articles may contain affiliate links which enable us to share in the revenue of any purchases made.
Fonts by Typekit and Monotype.