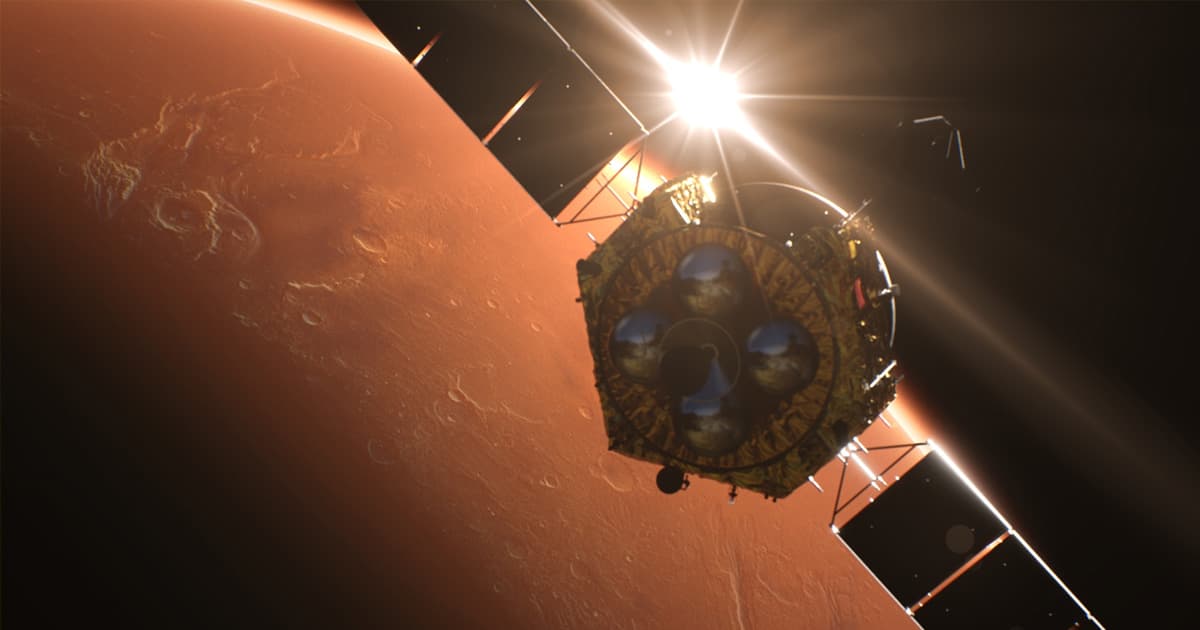 China has released incredible footage of its Tianwen-1 probe entering orbit around Mars.

The probe embarked on its seven month journey last summer, around the same time as the launches of NASA’s Perseverance rover and the United Arab Emirates Space Agency’s Hope orbital probe, both of which were also bound for Mars.

The small probe’s onboard cameras provide an incredible view of the Martian surface below. The footage, released by state broadcaster CCTV, is so detailed that you can make out individual craters and even the planet’s thin atmosphere.

Tianwen-1, a five-ton orbiter with a lander and solar-powered rover in tow, entered Martian orbit on Wednesday.

Tianwen-1 is yet another testament to China’s enormous space ambitions. If all goes according to plan, the country will establish its own space station in Earth’s orbit as soon as next year.

In other words, the race is on. The two world powers are locked in a head-to-head contest — and if China’s efforts to explore the Martian surface are anything to go by, the race could end up being closer than expected.

More on Tianwen-1: CHINA JUST LAUNCHED A MISSION TO HUNT FOR LIFE ON MARS