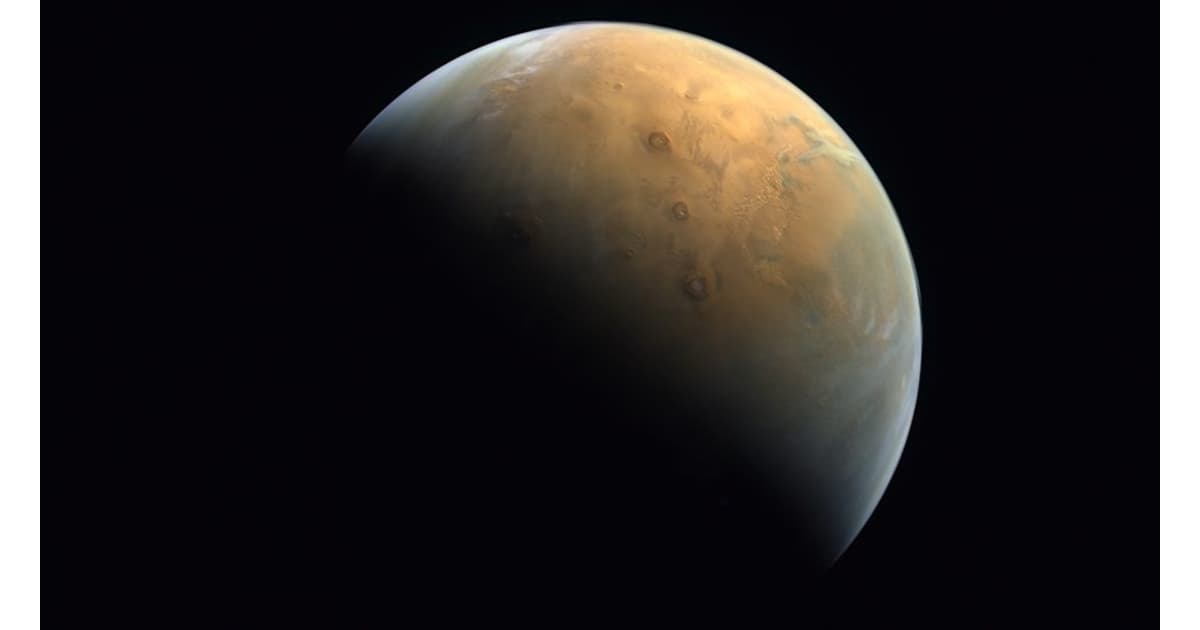 The Red Planet has never looked so good.

The Red Planet has never looked so good.

The first spacecraft from the United Arab Emirates (UAE) to reach the orbit of Mars took a stunning photograph of the planet.

The satellite, which is also the first mission by an Arab nation to reach Mars, is a part of the UAE’s Hope mission to study the Red Planet’s climate and atmosphere. But before it does any of that, the team behind the probe made sure to snap a gorgeous picture of the planet.

"The transmission of the Hope Probe’s first image of Mars is a defining moment in our history and marks the UAE joining advanced nations involved in space exploration," said Mohammed bin Zayed, the Crown Prince of Abu Dahabi, on Twitter. "We hope this mission will lead to new discoveries about Mars which will benefit humanity."

The stunning image shows Olympus Mons — the solar system’s largest volcano — in the center, along with three shield volcanoes in a row: Ascraeus Mons, Pavonis Mons, and Arsia Mons.

"Our science mission is to produce the first-ever truly global picture of the Martian atmosphere," said Omran Sharaf, a Project Manager for the UAE’s Mars Mission, in a YouTube video. "This is the first holistic study of the Martian climate and how the layers of the atmosphere fit together."

The UAE's Hope mission isn’t alone. China’s Tianwen-1 satellite arrived in orbit in Mars on the same day the Hope probe took its photograph, where it opted to take a video, and the United States will also join the fray when its Perseverance rover reaches the Martian surface this week.

In other words, three space agencies are just pulling up with the most sophisticated equipment that's ever been sent to Mars — so get ready for more of the most 'Gram-worthy footage we've ever seen of the Red Planet.