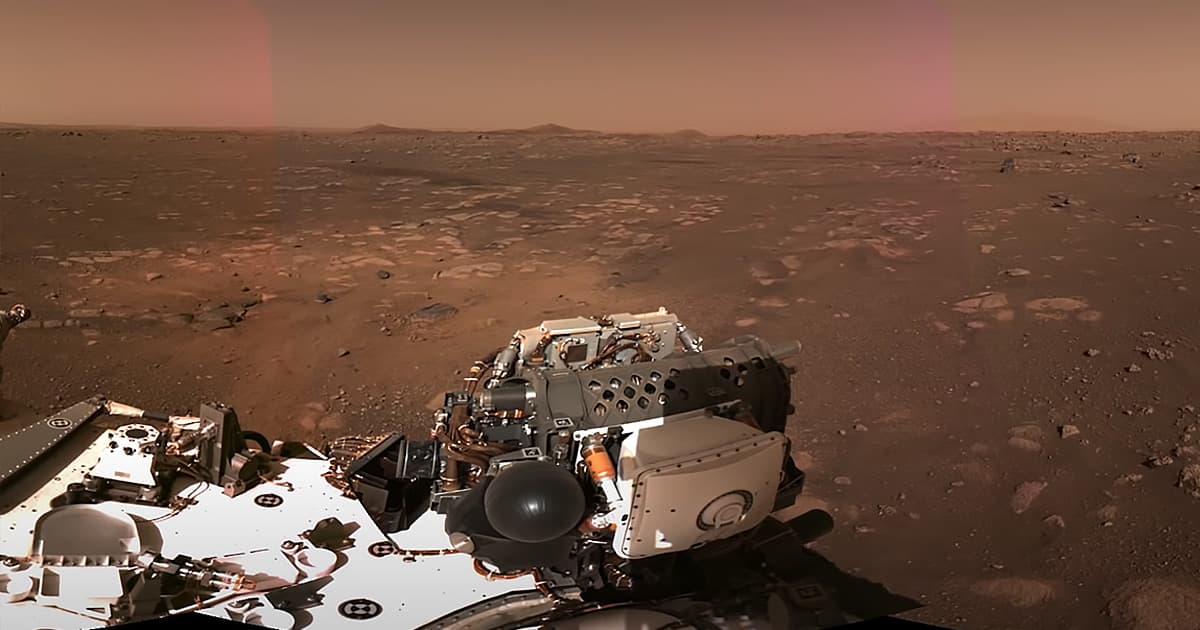 This is one of the best places on Mars to look for signs of ancient life.

This is one of the best places on Mars to look for signs of ancient life.

NASA has been showering us with incredible multimedia from the Martian surface, courtesy of its Perseverance rover. First, we got an out-of-this-world video of the rover landing the Red Planet. Then, we got the first microphone recordings as well.

Now, engineers at NASA's Jet Propulsion Laboratory have stitched together a highly detailed 360-degree panorama of Perseverance's landing site in the Jezero Crater, a region scientists suspect is a dried up ancient river delta.

The panorama, as captured by Perseverance's Navigation Cameras on February 20, was stitched together from six individual images — and shows the otherworldly landscape that Perseverance will be scrutinizing for signs of ancient life.

NASA chose the Jezero Crater as the rover's landing site as scientists believe it's the best place on Mars to find evidence of ancient life. Some 3.5 billion years ago, scientists believe large river channels spilled over the crater wall to create a lake.

Scientists are now excited to test clay minerals that were brought into the region by the water that formed the lake for signs of ancient microbial life. Previous observations by NASA's Mars Reconnaissance Orbiter found that the crater contains certain clays that only form in the presence of water.

Fortunately, Perseverance is decked out with scientific instruments to thoroughly study the local geology. For instance, the rover's SuperCam instrument is able to detect the presence of organic compounds in rocks and regolith from a distance. An X-ray fluorescence spectrometer called PIXL will take this a step further by scanning the rocks' elemental makeup on a tiny scale.

If today is any indication, we're about to get an unprecedented look at one of the most exciting regions on Mars over the coming weeks and months. We will be waiting with bated breath as Perseverance readies itself for its first scientific experiments.