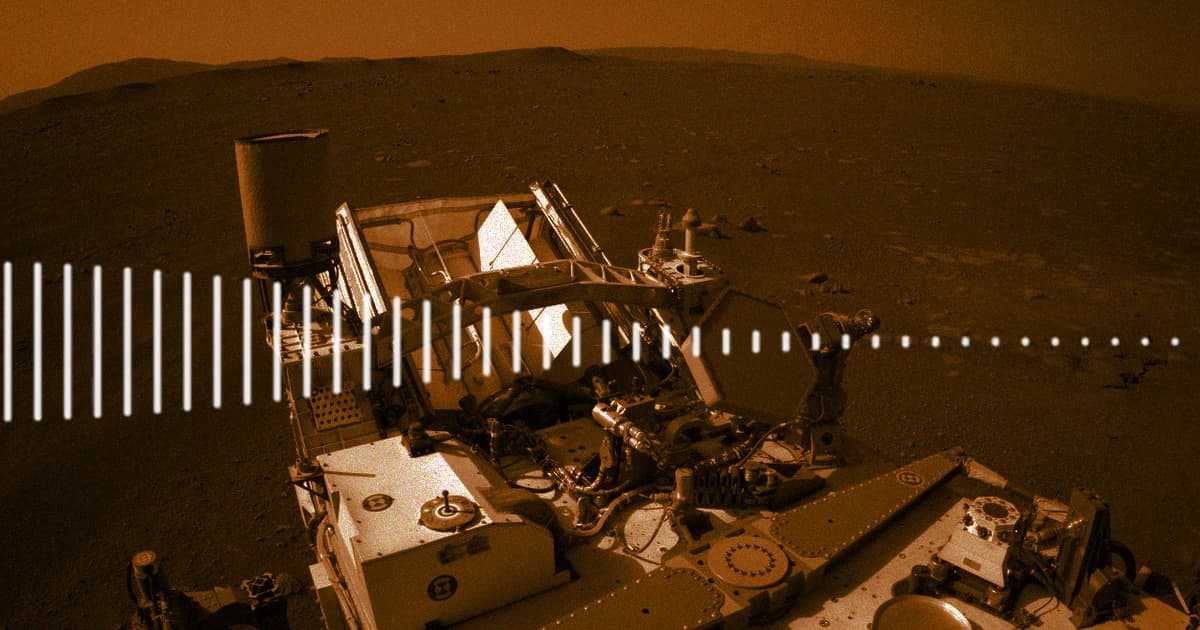 Listen to an eerie Martian wind, picked up by Perseverance's microphone.

Listen to an eerie Martian wind, picked up by Perseverance's microphone.

As if video footage of a NASA rover landing on Mars wasn't enough, now the agency has blessed us with another incredible recording.

NASA released the first ever audio recordings taken on the surface of Mars, as picked up by one of the Perseverance Mars rover's two microphones.

Skip to ten seconds in and you'll be able to hear an audible Martian breeze. The high-pitched frequencies are made by the rover itself.

Now that you’ve seen Mars, hear it. Grab some headphones and listen to the first sounds captured by one of my microphones. 🎧https://t.co/JswvAWC2IP#CountdownToMars

The news comes after NASA's InSight Mars lander picked up eerie sounds of the Martian surface using the lander's seismometer and air pressure sensor, which was hailed as the first time the sounds of Mars were ever heard back on Earth.

But now, rather than relying on air pressure readings as a proxy, Perseverance has captured the real thing: a "commercial off-the-shelf" microphone, according to NASA, specifically for picking up sounds during entry, descent, and landing (EDL). Perseverance's second microphone is attached to its SuperCam instrument, a boom on the rover's head that can identify minerals and rock compositions.

"We know the public is fascinated with Mars exploration, so we added the EDL Cam microphone to the vehicle because we hoped it could enhance the experience, especially for visually-impaired space fans, and engage and inspire people around the world," Dave Gruel, lead engineer for the instruments at NASA's Jet Propulsion Lab, said in a statement.

There have been previous attempts to bring microphones to Mars, but oddly enough, Perseverance is the first to do so successfully. Both NASA's Mars Polar Lander and Phoenix Lander had microphones with them, but they either failed or never turned on.