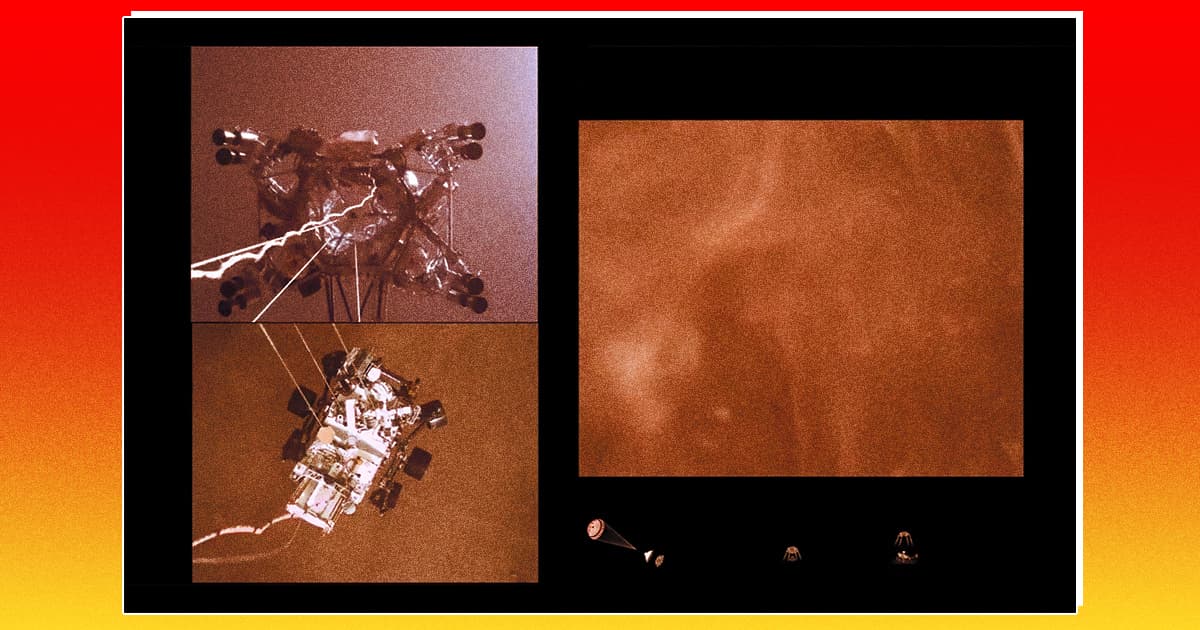 NASA Releases Video of Perseverance Touching Down on Mars

NASA just released footage of its Perseverance Mars rover touching down on the Red Planet.

The awe-inspiring video is a nail-biter — though it ended in success, it's yet another illustration of the extraordinary difficult of landing a heavy research spacecraft on an alien world.

First, the rover deploys a large parachute to slow down. Then the heat shield separated, allowing the mission's first footage of the Martian surface.

That's when things got really wild, with the ground rapidly approaching as NASA's Skycrane system slowed the descent further, before gently depositing the rover on the surface of the Red Planet, where it kicked up an enormous dust storm.

And when the landing was confirmed, there was an emotional moment, with riotous cheering audible at NASA mission control.