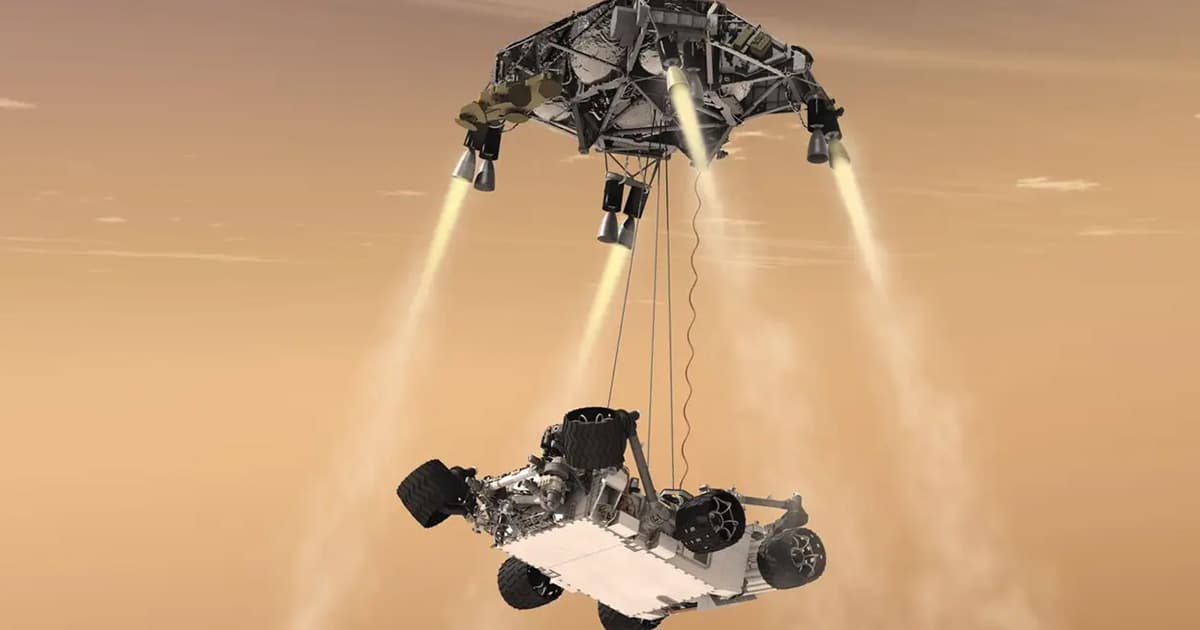 NASA Rover Releases First Photos From the Surface of Mars

The dust hadn't even cleared.

The dust hadn't even cleared.

It's a historic day for the team at NASA's Jet Propulsion Laboratory.

The agency pulled off the nerve-wracking descent, landing its fifth robotically operated rover, Perseverance, on the surface of Mars.

Mission control confirmed touchdown of the car-sized rover around 3:56pm EST. Minutes later, the world got its first glimpse of what Perseverance saw when its six wheels touched the rocky surface for the first time.

Courtesy of the rover's hazard cameras, the system the rover uses to safely navigate the Red Planet, we got not just one but two low-resolution images in black and white. One was taken of the rocky surface in front of the rover and another showed the view from behind.

And another look behind me. Welcome to Jezero Crater. #CountdownToMars pic.twitter.com/dbU3dhm6VZ

The images were taken close to the ground. The haze seen in both was caused by the dust, which still hasn't settled after the rover touched down seconds before snapping the photos.

NASA will soon follow these up with higher resolution color images of Perseverance's stunning surroundings. The rover landed in the Jezero Crater, region believed to be an ancient dried up river delta.

The mission will be one to watch. NASA believes the site will give us the best shot to date to find evidence for ancient life on Mars.