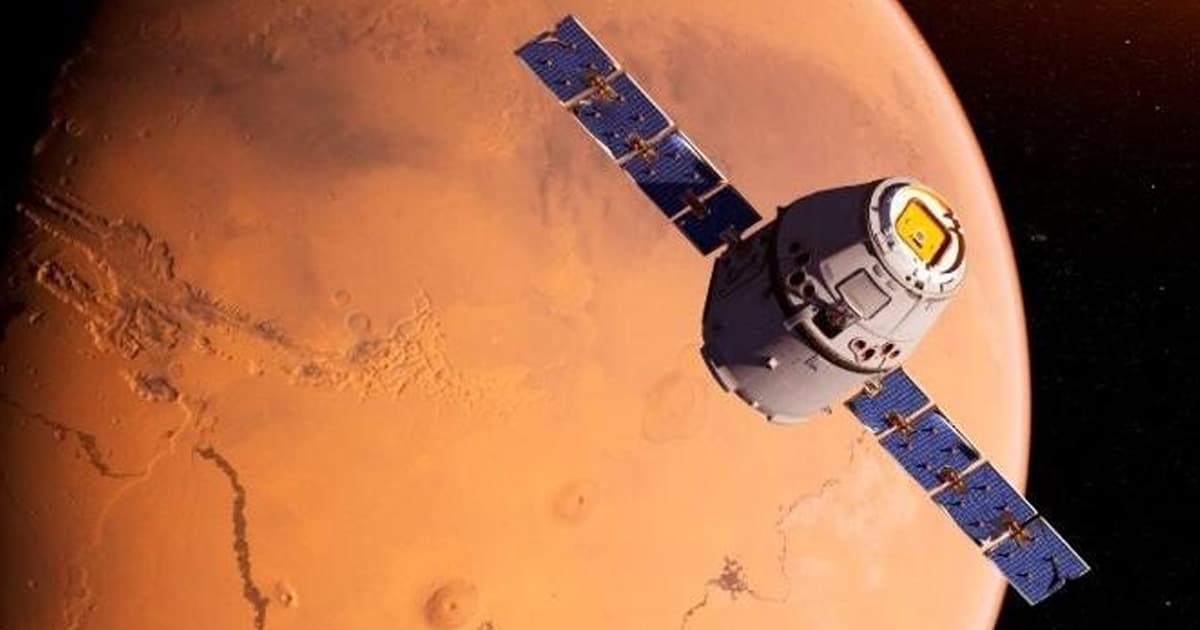 China Will Attempt to Land on Mars Tomorrow

The stakes couldn't be higher.

The stakes couldn't be higher.

China will attempt to land its Zhurong Mars lander some time late Friday evening, as part of its Tianwen-1 mission.

Speaking at a Thursday morning conference, Ye Peijian, China Association for Science and Technology's chief adviser of Interplanetary Exploration, revealed that the capsule will start its "seven minutes of terror" at around 11 pm UTC on May 14, around 7:11 pm EDT.

The landing is the culmination of decades of advances in space exploration for the country, and could mark the first time a rover that wasn't built by NASA has softly touched down on the surface of Mars.

So here comes the #SevenMinutesOfTerror With Chinese Characteristics.

According to a source quoting CAST's chief adviser of Interplanetary Exploration Ye Peijian in a conference this morning, Tianwen-1's lander/rover will land on May 14 23:11 UTC! pic.twitter.com/whmiBmPr6N

The Tianwen-1 mission launched in July 2020, with an orbiter, lander, and rover in tow. The orbiter entered a parking orbit around the Red Planet back in February and has been circling the planet ever since, preparing for the descent of the country's first-ever Mars lander and rover by mapping the surface below.

The rover and lander will enter the thin Martian atmosphere tucked behind a heat shield. The duo will then eject the shield and deploy a parachute to slow its descent.

Rather than using a "skycrane" that NASA has successfully used on a number of occasions to softly lower a its most recent Mars rovers, China's descent module will power thrusters to slow its descent prior to touchdown.

Zhurong is scheduled to land in the same region where NASA's Viking 2 lander touched down back in 1976, the Utopia Planitia. The region is a large plain believed to be an impact basin some 3,300 kilometers across.

Scientists believe there are massive ice deposits under its surface, making it particularly interesting for further study.

We will be closely following China's historic attempt, so stay tuned.